Preserving the past: Wartime Berlin in 1080p HD 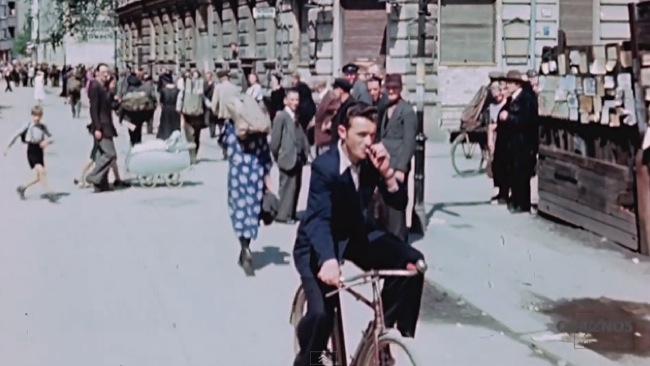 Wartime colour footage is rare and pretty amazing - especially when it's been transfered in HD!

The two world wars of the 20th Century are still vivid in our minds, partly because of their enormity and horror, but also because they were the first major conflicts to be comprehensively recorded on film. Seeing moving pictures from the time keeps the memories alive, and sears them into our consciousness in a way that no history book ever could.

We’re used to thinking that - at least until the 1960s - the world was in black and white, but it wasn’t always. There was colour film available, and although it is nowhere near as technically good as what we have available now (both in film and in digital) there’s no doubt that the colour footage from the time is alive in a ways that black and white never could be.

Of course, film doesn’t have pixels, so it’s a little disingenuous to claim that this was shot in Full HD. The reality is that it was probably transferred from 16mm. But it’s the very lack of a pixel structure that means that you can extract meaningful information at HD levels from film medium, and apart from making the best use of what fine information is stored in film, it’s important to capture the nature and qualities of the media: film grain and the slightly dubious colours as well.

I suspect that this is a montage from a number of different cameras as the shots don’t seem to have much in common.

Here's the footage, which, we understand, was shot in the few weeks after the end of the war - but still very much living with its consequences.