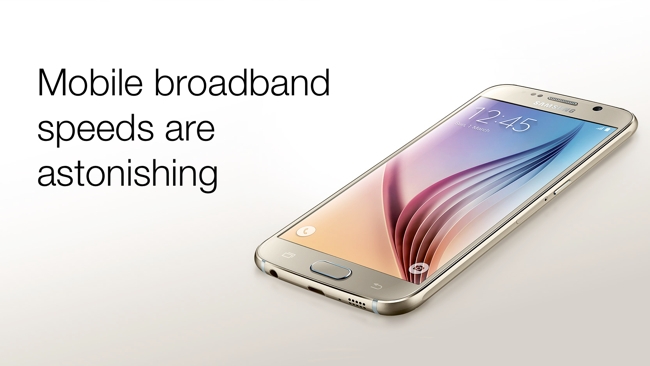 Mobile broadband speeds have increased tenfold with 4G. For video users, this is transformative

I’ve just moved into a new place, and for the for the first few days I won’t have any broadband. I can’t tell you how excited I am to be getting fibre at last (although the reality is that it is only fibre to a nearby junction box. The link to my house is still copper). At my previous address, in a small village, I could only manage 1 Mbit/s, and that was unreliable. So when I moved, decent broadband was right at the top of the list of essentials.

When my broadband is connected, I will have 80 mbit/s. That’s a full 80 times faster than my previous connection. It will be transforming. No more waiting several hours for films to buffer. Using web-based applications like RedShark’s own backend system will be immeasurably faster. I’ll be able to download and upload big files as if I’m connected to a slow hard drive, as opposed to what felt like a dial-up modem (although even 1 Mbit/s was around 20 times faster than one of those).

Meanwhile, I’ve been using my phone and tethering it to my computer. I’m on a data plan that gives me 20 gigabytes per month, and normally I’d only use a fraction of this. But when you’re running all your computing off a mobile plan, you get through one or two gigabytes per day (if it involves watching video, which is virtually unavoidable in this job!). So that’s not a viable long term plan.

I’ve run a few speed tests on the mobile data link, and the results are astonishing. They are, give or take ten percent, the same as I’ll be getting from my fibre connection: 70 Mbit/s download and 15 Mbit/s upload. The download is staggering - that’s easily enough for two people to stream different H.265 compressed 4K videos. But the upload speed - well that’s just beyond belief for a mobile phone connection.

I don’t know if you’re old enough to remember what it was like installing software like Microsoft Office in the early ‘90s. In the days just before CD ROMs were commonplace, commercial software came on a stack of floppy disks. You might literally have forty of them. It took ages.

But now, you could download that entire software suite in around ten seconds - with your phone! That’s if you could tether your phone to a 1992 PC, which you absolutely couldn’t.

But the point is that we now have mobile connectivity as fast as a decent wired network. And with 5G - just around the corner - promising speeds of 1 Gbit/s, there will be very little difference.

At this point, cloud production and wireless uplinks from cameras will be the norm. Who knows - perhaps we won’t need local storage at all?

Unless you live in a village, that is.