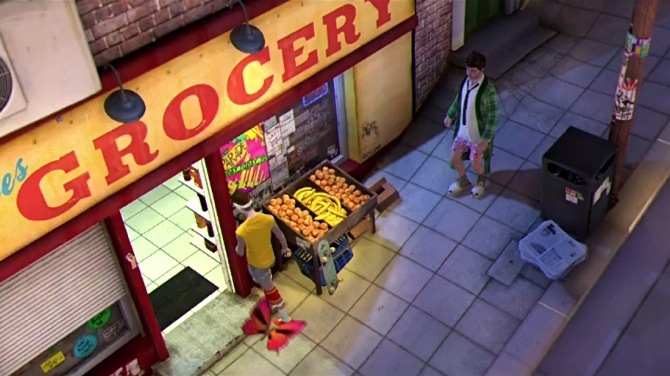 Often, when there is a major version release of a program, it takes a little time to see what can really be done with it. Sample vids of new features, while helpful, don’t have the same oomph as fully-realized cinematic stories. There is an understandable lag between the program’s release and the first efforts of its devotees, so many are left to wonder if it’s really time to buy the upgrade.

Unity, in advance of releasing version 4.0 of its popular game/animation creation program, worked hand-in-hand with Passion Pictures, a London-based, Oscar winning outfit, on what could become its calling card. Running pre-release builds, Passion Pictures made the marvelous Butterfly Effect, an animated short about an average morning that spirals hilariously out of control.

Kudos to Unity, for having the foresight to ensure that its new product would be unleashed onto the world in the best possible light. Congratulations to Passion Pictures, for crafting an extremely enjoyable three minutes. And remember - this was created on a multi-platform games engine, not one of those infinitely sophisticated animation suites that the likes of Pixar and Dreamworks use. Videogames can look like this now. Without the hilarious story lines, perhaps.