The best video picture in the world 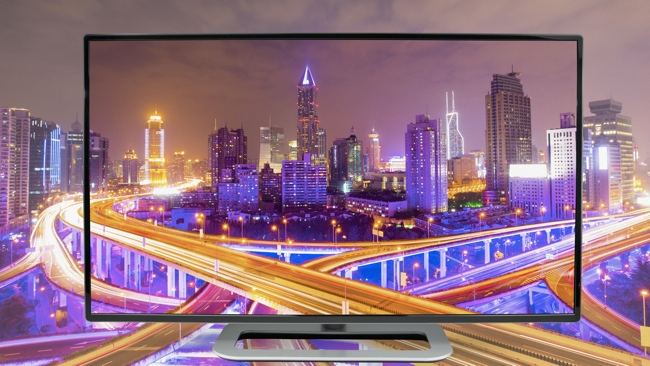 I have seen the future and it is bright!

I just wanted to let you know that I have  been talking to Dolby in Las Vegas about their Dolby Vision HDR video system and I've seen the most incredible video picture, ever.

I was at the Dolby booth at this year's NAB. Dolby vision, in case you haven't come across it, is, we think, the biggest development in video for the last decade. It has a massively increased dynamic range - brighter highlights and darker blacks - all facilitated by a 12 bit encoding system wrapped in metadata that allows devices to decode the video to their best ability. So "ordinary" TVs can show video with a conventional dynamic range, and HDR screens can show Dolby Vision video to the fullest extent of their ability.

The first demonstration was the newly announced consumer HDR TV by Vizio. It looked gorgeous. There was a very distinct improvement over standard DR. You didn't have to compare it side by side with standard DR - it was just obviously better.

And then I was taken into a grading suite that Dolby had on their booth. Inside were two monitors, both made by Dolby. One was their well-known standard DR grading monitor, which itself had a great-looking picture. Next to it was the equivalent monitor, but equipped with HDR. I have never seen such stunning video. I have never seen so much visual information in a video clip.

The whole point about Dolby Vision's HDR is that it makes pixels perform better, without requiring more of them to achieve it. Another way to understand this is to know that Dolby vision will work independently of the resolution of the video. So it will work with HD, 4K and - one would imagine, eventually with 8K and beyond.

Here's the crux of it: you can definitely "see" the difference between 4K and HD, but normally only under ideal conditions: the screen has to be quite big and you need to sit close to it. But you can see HDR on any size of screen, whether you're sitting near to it or far away.

The pictures on the Dolby HDR grading screen were beyond belief. There is so much more visual information in HDR video. One example: there was a shot of a metalic, gleaming aircraft on a sunny day. On the standard DR monitor, the sky was grey and there wasn't all that much visual information. But on the HDR screen, you immediately knew that you were looking at a scene filmed outdoors in the spring at around 10:00 in the morning. It was that real. If ever there was a video technology that is like "being there" this is it, regardless, almost, of the resolution.

HDR video, of which Dolby Vision is currently the most viable implementation that I've seen so far, is not just about seeing bright highlights and black blacks. It's about seeing the world as it really is.

This new 4K 3D display from Sony is utterly mind blowing, and it's a real product

Sony has debuted the latest attempt to make a glasses-free 3D display. The Spatial Reality Display (SR Display) costs $5000 and is being positioned...

Adobe Max is upon us, and here are all the Creative...

This new 4K 3D display from Sony is utterly mind...

DPA Microphones and Rycote team up to help filmmakers