Hubble can only see in black and white 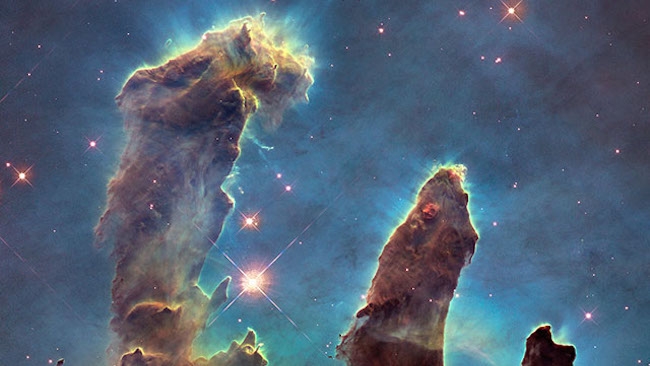 The iconic Pillars of Creation

You wouldn’t know it from the picture above, but, as with the original, the 20th Anniversary retake of the original ‘Pillars of Creation’ shot that almost single-handedly defined the Hubble Space Telescope in the public imagination was taken in black and white.

The image shows the gigantic columns of interstellar gas and dust of the Eagle Nebula floating in space some 6,000 light years away, but what this fascinating National Geographic clip reveals is that the Hubble’s cameras capture in black and white as a way of preserving the maximum amount of information available to astronomers.

Add them all together and you get a science-driven representation of the colour information you would see from a spaceship somewhere out in the constellation Serpens (though Leavy himself admits that from there it takes a bit of fiddling to get quite the image you want).