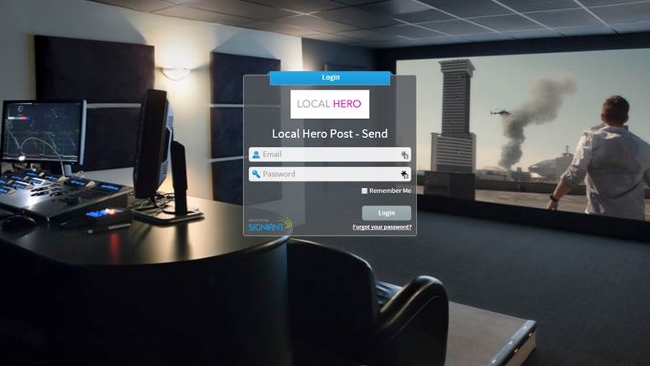 In this Sponsored Article, we learn a bit of the history of file transfers over the internet, why all cloud services are not created equal, and more about a current product that may be the answer to your cloud-based file transer needs.

The first IT systems that could handle the electronic transfer of really large files were put in place by big media enterprises like Disney and the BBC. In fact, they were the pioneers of big data transfer over the Internet, regularly moving hundreds of gigabyte files around the world for editing and broadcast years before big file transfer became commonplace.

The software that made it possible was developed by companies like Signiant, who built the first protocols capable of quickly and reliably handling large file transfers over distance. Because of the heavy weight IT infrastructure and large IT teams required to run such a system, that fast, secure and efficient large file transfer technology was really only available to enterprises.

Why do you need special software to transfer big files?

The internet was never designed with big file transfer in mind. In the early days of the world wide network, a computer could no more play a sound or display a video than a fish could ride a bicycle. So, with the possible exception of very large scientific data sets, files were relatively small, and the internet could mostly cope with moving them using protocols like FTP (although in an age of dial-up connections and very slow networks, nothing would have seemed particularly fast).

Existing internet protocols place the emphasis on accuracy, not speed, and they don't work well with large files. A massive amount of time is wasted checking and resending. Latency (the time it takes for data to get from one point to another) makes resending data incredibly inefficient.

Signiant has developed techniques that bring large file transfers bang up to date. Using these optimised methods, users can move files unexpectedly fast, with the added benefits of security and comprehensive management and user controls.

The cloud is opening up access to advanced technology

The cloud revolution is transforming businesses at many levels, but especially in regards to accessing advanced technology that requires vast compute resources. The public cloud offers a virtually unlimited, elastic supply of compute power, networking and storage with a pay-for-use pricing model, so companies no longer need to own the infrastructure required for advanced technology in order to use it.

For smaller media companies, who have the same need to regularly transfer large files as the big guys do, the rise of the cloud and SaaS (Software-as-a-Service) services means that a core technology that makes media enterprises successful is also available to them. With SaaS, it's kind of like having electricity or water in your home; you pay for what you use without having to own or manage the infrastructure that brings that service to you. It's owned and managed for you by the utility provider.

Not all cloud software is truly SaaS

But those smaller companies have to be careful, since not all "cloud" software is built the same. Over the past few years, different software companies have taken different approaches to putting their large file transfer technology in the cloud. The key differentiator is in the "service" aspect of SaaS. The details get technical fast, but basically some companies are simply taking software developed for on-premises, deploying it on virtual machines and allowing businesses to pay by the hour to operate it (often called "cloud washing"). But that is different than developing and managing software from the ground up for the cloud and doesn't include the service aspect of SaaS (managing the cloud servers for users across multiple levels of redundancy with multi-tenant architecture).

Cloud washing requires little transformation on the part of the software vendor, but a lot of responsibility shouldered by their customers to manage and maintain virtual machines in the cloud. It also doesn't allow for the major benefits SaaS brings, like high availability, global performance, elasticity and (most important for this discussion) the pay-as-you-go pricing model. True SaaS does not require the heavy upfront investment that most small and mid-sized companies can't afford.

Signiant's Media Shuttle is currently the only SaaS solution on the market for large file transfers. Media Shuttle is rapidly being adopted by media companies of all sizes, from two-person post houses to large enterprises, because it's so easy to use and deploy.

We recently had a chance to publish a story on Local Hero Post, a boutique production company in the heart of Santa Monica's post community, as well as a happy customer of Media Shuttle. Their Technologist, Andrew Wahlquist, summed up what Media Shuttle means for companies like Local Hero:

"When you're stepping into the next level, where people are hiring based on ability rather than location, something like Media Shuttle becomes vital for your business."

You may already own Media Shuttle or have used it to send content to another company. If not, go ahead and try sending a large file for free. 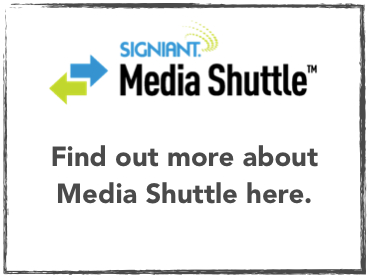