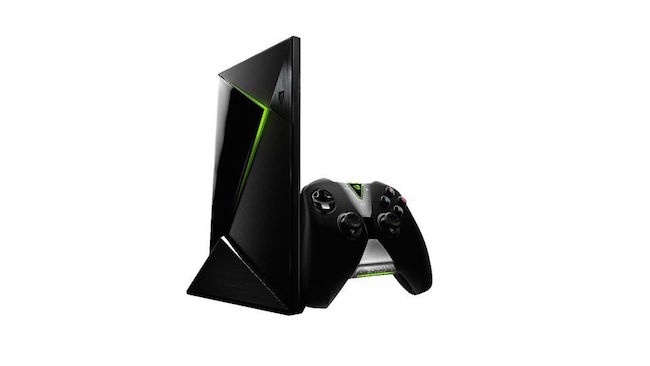 As part of an ongoing strategy to get its chipsets into more devices, nVidia has launched Shield, its own set-top box games console based on the new Android TV operating system. What’s more, it supports 4K media playback at 60fps.

Based on the company’s latest Tegra X1 core, it boasts some impressive specs including a 256-core GPU based on Maxwell, and a set of 4 32-bit cores plus a set of 4 64-bit cores in a Big-Little configuration, similar to Samsung's Exynos octacore ARM processors.

The 64-bit cores are superscalar and support out of order execution, both of which are major performance boosters, but are also power hungry. The 32-bit cores are simpler in-order designs aimed at efficiency. Which cores the processor uses is dependent on the workload.

The integrated GPU is particularly interesting; it supports 10-bit, 4K decode at up to 60Hz, and nVidia claims that this machine has twice the performance of the Xbox One, which is based on an octacore x86 processor courtesy of AMD.

nVidia didn't skimp on audio support either, including playback support for audiophile-oriented formats up to 192KHz, 24-bit audio, as well as 5.1 and 7.1 surround support, though probably not at the same time.

3GB of RAM seems a little tight compared to the 8GB of the Xbox One and PlayStation4, but time will tell on that front. And as part of the 4K video offering it includes H.265 as well as H.264 support, not to mention accommodating the VP9 video standard which should guarantee more 4K content via YouTube.

With a $199 price tag, this is a pretty impressive machine. It's compact, has some interesting accessory options including a BlueTooth remote that includes a mic for voice searches, and will certainly help to open up more audiences to 4K distribution. Gaming power is provided by nVidia’s cloud-based service, GRID, which holds out the promise of a high-end PC experience on an inexpensive console platform if it can keep the latency gremlins at bay.