Nvidia Titan X is the world's most powerful GPU 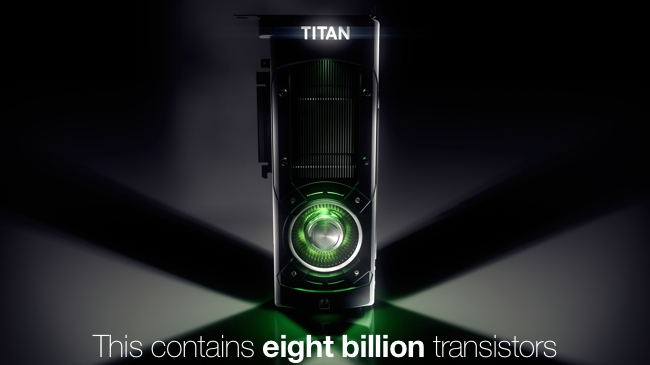 Nvidia has just revealed its new Titan X, which it claims is the most powerful GPU you can buy (or at least, will be able to buy when it ships).

This is no time for spec sheet modesty. It’s got 12 Gigabytes of RAM, and an astonishing eight billion (count them!) transistors. To put that in perspective, my first-ever colour television had sixty seven transistors. This new GPU has eight billion. Not eight million but a thousand times that.

And this abundance of processing power means that we’re likely to see new levels of detail and animation from this graphics giant.

The card is based on Nvida’s Maxwell architecture, which is optimised for Virtual Reality. There are many challenges with VR, not the least of which is the high frame rate you need to cut the perception of flicker from tiny high resolution screens just inches from the viewer’s eyes.

You can read more about Maxwell here.

Meanwhile, here’s Nvida’s demo showing the real-time performance of the Titan X. Remember, this isn’t the most detailed CGI you’ll see, but it is probably the most effortless real-time rendering you’ve witnessed from a single commercial graphics card.