What science fiction tells us about the future 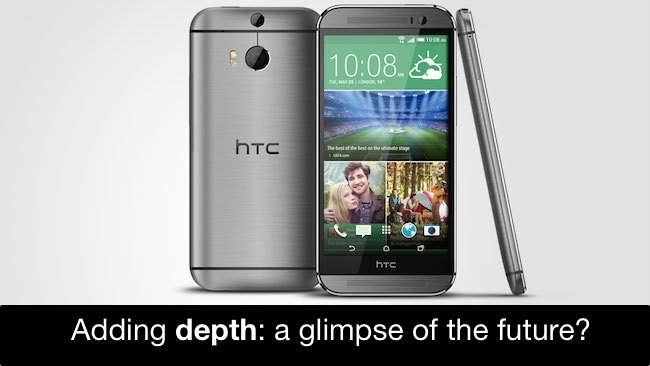 A practical future? Simon Wyndham takes us on a journey that starts with Knight Rider and ends with quantum computers and confabulated reality.

I was struck recently at an item on the BBC news about a Swiss company who wanted to be as high tech as possible by giving it’s employees the option of having a chip implant to be able to access company facilities.

It was quite striking because it really did hit home how close we are to living in the science fiction movies that we watched only a few years ago. Here is a technology that has the potential to be both quite sinister, but also potentially useful at the same time.

Like a lot of things dreamt up in science fiction many gadgets or concepts can appear on first viewing to be really cool. Many visualisations and ideas in science fiction films have been known to spur on scientists to develop them for real. Devices and software that are a part of everyday life now, such as FaceTime on your iPhone would have been the stuff of dreams not so very long ago.

I remember watching Knight Rider as a child and wishing desperately for a television phone in a car! Now of course the real version of such technology is nicer and more practical to use than many of the original visualisations of such concepts in film and television.

We now have fantastic augmented reality apps for our phones too. One in particular that I love is for outdoors use and allows waypoints to be plotted for a walk. As long as you have battery life in your device you can always see exactly which direction you need to head to by holding the device in front of you and seeing the waypoints and paths overlayed onto the countryside that you are viewing. Indeed our phones are not really phones any more, but lifestyle gadgets. In this particular case the Taxman is ahead of society for once because they class a smartphone as a computer, not a phone! But I digress...

Science fiction has then inspired a good many great ideas that have now been made a good, practical reality, and in many cases have exceeded the original concept. But there are some ideas that really do need second thoughts from a practical perspective.

The forthcoming version of Windows for example will use augmented reality extensively by way of the use of goggles. From my own perspective anything that requires the use of googles is flawed from the beginning. Delays or misreadings of gestures and positioning in the interface will lead to fatigue. Does such an interface really make the computer easier and more practical to use in everyday tasks?

Perhaps there is a case for exercise — I’ll just go downstairs to collect my email from my living room wall anyone? But I just can’t help feeling that this is more of a sales gimmick than something that will be of real, practical use.

I can certainly see benefits for gaming, and perhaps if the picture quality and resolution was up to scratch would it be possible to have a 100in virtual grading monitor on your edit suite wall? Maybe there are possibilities after all? But I still remain to be convinced about potential fatigue and frustration during use, and whether any benefits really will be worth it.

Nerds have long since dreamt of holographic communication or television ever since Princess Leia got stuck on a loop in the original Star Wars movie. Once again the main use I can see for such a tech would be for gaming, as per the rather entertaining holographic “chess” in the same film.

For television or video holographic light projection is rather less practical as an idea. For one thing if you love deep blacks and vivid colour having a translucent picture would be the stuff of nightmares. How could cinematography and composition be performed? It would all look a bit weird. Rather I can see this sort of projection being much more useful viewed through a black box, television style. But even then it creates problems. Not least for composition.

With 2D projection we are watching the cinematographers or directors vision, and such people are very strict on how they want the composition to look. This is after all a big part of what is giving the film its mood or emotion at any given point. If I have a fine vision that I wish to present, do I really want the audience to be able to look above my actors head or to peer around and see what is going on in the background? Does depth perception give us an ability to tell a story better?

In some cases it potentially does, although filming 3D in the traditional sense is cumbersome. For those who think 3D is dead, think again. Like a bad sequel it will be back! I can guarantee that. However, it could be reimagined.

3D without glasses and a wide viewing angle is the way to go if it is to gain any sort of traction. I also think that 3D going deep into the TV screen is how things should be seen, as opposed to the idea of objects appearing to project out from the screen.

As I mentioned, though, filming 3D in the first place is cumbersome and an exercise in technicalities, which gets in the way of a smooth, creative workflow. So how can this be addressed?

Last year HTC released the One M8 smartphone. A while back I wrote about how using a secondary camera to capture depth information could allow a lot of cool things to be done with the picture, including possibly refocussing a shot. And this is precisely what the HTC One M8 does. A second camera above the main one captures depth cues, and yes, it allows you to create the depth of field of the photograph precisely how you wish in post editing by using this depth information.

In my original article I also speculated how depth information could allow 3D to be created in post, too. This application of a depth camera is how I believe 3D image capture can be made much more practical.

Instead of having two big, bulky cameras, why not have a central camera with a secondary depth sensing device, with two “stereo” miniature slave cameras on antennae which could also capture video and depth information. With this information an even more versatile 3D construction of the scene would be possible.

Of course the best image and sound creator that we have is our own brain. Everything we see, touch, and hear is a fabrication of our minds. Already inroads are being made that could allow a blind person to see again by feeding a camera image directly to their brain. It stands to reason therefore that maybe the future of video is by way of an implant. Indeed, brain implants have featured in many a science fiction conspiracy film.

This would be the ultimate immersive experience, but there are dangers and considerations. For example post traumatic stress from a particularly well done war film or horror perhaps? The fact that a cinema would need all our implants networked together to broadcast the film, could lead to risks that these could be broken into by people with malicious intent? In true science fiction fashion (and memorably used in Wool recently - Ed), could such a device be hacked into and a “confabulated reality” used to influence the wearer such that they would be unaware?

We are already living in a world that only a few years ago would have seemed like the stuff of science fiction. We are moving ever closer towards an age where the Quantum Computer may well become a reality, opening up huge avenues in processing speeds, and as we do so the questions of whether because we can do something means that we should will become ever more pertinent.