The 48 FPS controversy returns with the new Hobbit film 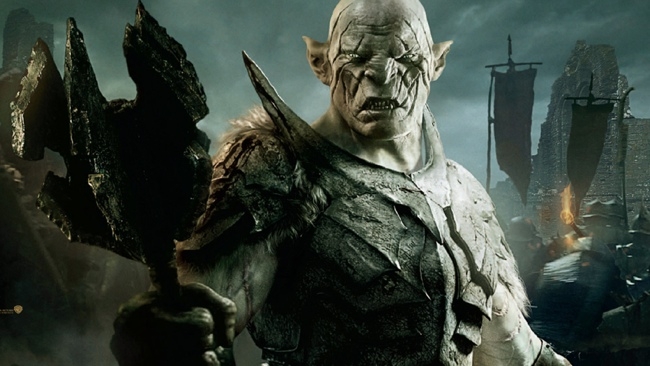 With the arrival of The Hobbit: The Battle of the Five Armies, the war has begun, again. The war, that is, over whether 48fps is better than 24fps, and even whether it's acceptable at all

I must admit that I rather like high frame rates. I think that if you feel you need that 24p look, then you are the subject of learned behaviour. Real life isn't quantised into frames per second and there's no real reason why film should be when we're not artificially bound to low frame rates by the limits of the technology.

But, of course, in the preceding paragraph, I've made a case for the opposite argument: that because 24fps looks less like reality, it therefore enhances the theatricality (ie the non-reality) of the film.

But isn't that a bit like the argument (borrowed and slightly modified from Richard Dawkins) that because both Hitler and Stalin had moustaches, having a hairy upper lip causes men to be evil? Just because there are similarities, doesn't imply causation.

All of which is a gross over simplification compared to the actual processes that go on in the brain, about which we're learning more and more, and also about which we're sometimes learning less and less. (The more we try to track down the source or the origin of consciousness, the more it seems to evade us).

"Frames per second" is as much about resolution as 4K vs 2K, except that it is about temporal resolution. But in the sense that it is about how much information you are given in a given time, then there is very little difference.

What it is really going to come down to is how the brain "digests" the information that is presented with. We already know that our eyes, and, because it depends on them largely, our brain, doesn't take in a whole scene at once. It can't do that: our eyes aren't consistently acute for that. Nor does it store everything it sees. Memories are imperfect for many reasons, and not the least of these is that it would be simply impossible to store all the information that is potentially available to it either when looking at reality or when watching a film.

Is it down to memories?

Perhaps where we should be looking to solve this question is, what do we come away with after watching a high frame rate film? Because that's all that's left of it: our memories and impressions of it. Even a fraction of a second after we've watched a particular scene.

At the bottom of all this is the question of what constitutes reality. What is it that makes something look real, or "unreal" (in the sense of "theatrical" or "cinematic") to us. It is bound to be something more than just perceiving a frame rate (or the visual effect of a frame rate). It is going to take into account all sorts of other things.

When we go to a cinema, the whole thing is a sensory and semantic experience. What we see, feel, and perceive in a cinema has a very specific meaning. When we see a film, we know what to expect. If it's a documentary, then we know it's about something that actually happened. If it's not a factual film, then we already know it's not about reality. Everything we've read and heard about the film will influence us. This is especially true with a subject like The Hobbit, which is very strongly part of our literature and our shared cultural knowledge.

Given all that, I think it is very unlikely that a mere frame rate will dictate whether we think or feel that a film is "real" (and here, I don't mean that we are so naive as to mistake The Hobbit for a documentary!).  I think all that is happening when we see a film at a new frame rate is that, because it is a new experience, our first resort is to compare it with something that we are more familiar with, and in this case, it's probably the experience of seeing the higher refresh rate of either 25i or 30i video, where there is a new field every 50th or 60th of a second.

So, at first sight, it looks like video, perhaps.

But we will get used to this. It's just an initial reaction, and secondly, it's just a very small part of the overall context in which we see a film.

My feeling is that we should just get used to it, because we will; and then we'll just start enjoying the better pictures.