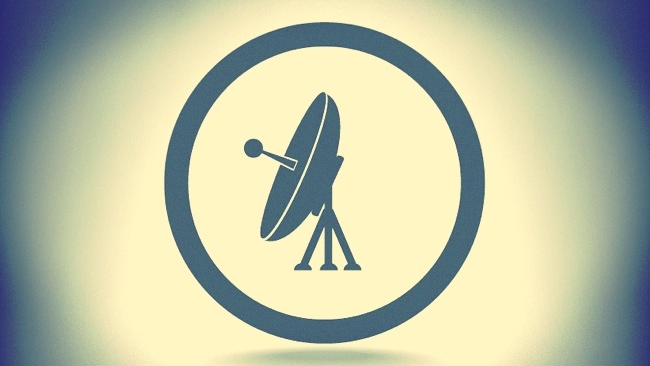 It may sound like science fiction, but it's beginning to look like, perhaps within a decade, we'll be able to dispense with on-board storage in our cameras and go completely, reliably, wireless

Have you got 4G in your area? No? Join the club. Where we live, we haven't got any G at all. It's a mobile phone black hole, and the best example of the worst thing about wireless communication: it's not that it's unreliable, it's that it's unavailable.

And if it doesn't work when you're stationary, it's hardly going to improve when you're on the move, except, of course, if you're travelling you have at least a chance that you'll have a signal some of the time.

Ultimately, I'm sure that we're going to have wireless networks that are so good that we don't have to have local storage in our cameras. Right now, it doesn't seem feasible, but there's news today that looks like it will bring that unlikely-seeming scenario closer.

The BBC is reporting that the ITU (the International Telecommunications Union) is preparing the way for 5G wireless networking. Don't hold off buying your 4G phone in the hope that it's going to arrive any time soon, but, well within the next ten years or so we can expect some dramatic improvements, and because wireless is an enabling technology, it will affect much more than phones. We'll have a closer look at that in a minute.

So, what does 5G mean? Just like with 4G, it is a disparate collection of technologies. But things may be different this time because the BBC is suggesting that there's going to be a concerted effort to make all of the 5G products and services work together - not just so they don't interfere with each other, but so they compliment each other in a way that creates a robust, error free (as opposed to error prone!) fabric that we can use almost as if it's a wired network.

What sort of speeds can we expect? Well, 5G at over a Gbit/s has already been tested so we can probably expect maximum speeds well in excess of that by the time it rolls out. In fact, according to the BBC report, Professor Rahim Tafazolli of the 5G Innovation Centre at the University of Surrey believes that 800Gbit/s is possible wirelessly. Even a fraction of that would be like having everything connected wirelessly by Thunderbolt! Still skeptical about wireless camera storage? Read on.

Perhaps the most exciting aspect of 5G, apart from the speed, is that there's an effort to unify and co-ordinate the wireless spectrum. As generations of wireless technology come and go, huge areas of spectrum become available. In the UK, we've just switched off our UHF TV channels. That's a big space available, and there are others too. The electromagnetic spectrum is like an extremely complicated patchwork quilt of licensed frequency bands, each with their own characteristic advantages and disadvantages.

Any move towards unifying these in a forward-looking way will have a massive impact on our ability to work wirelessly.

And with the sorts of speeds that are being talked about, it will almost be like every device and component is part of the same giant flexible circuit board. Needs some more processing power? It may be in Chile, but it's yours for a micropayment. Run out of Flash storage? Send your 4K raw to Namibia.

The network will be so fast, and the latency so low, that it will be indistinguishable from a wired connection. (They're talking about latency as low as one millisecond. To give you a feel for that, musicians who connect their electronic keyboards to software-based synthesiser on a computer require less than 12 milliseconds latency to be able to play. We're talking about a twelfth of that!) It's good to see that there's a locus of effort going into making it work seamlessly. This could mean the difference between success and failure. Imagine if the internet hadn't standardised on TCP/IP: there wouldn't have been an internet.

So, with a not inappropriate reminder that all of the above (and below) may turn out to have been a dream, here's where I see this taking us.

The biggest deal will obviously be the bandwidth. Imagine if every wireless device had something akin to Firewire or USB2.0 connecting it to, well, everything else. And ultimately, Thunderbolt or USB 3.0 speeds should be available. This well be maximum speeds. One would hope that minimum speeds would be reasonable too (although of course the ultimate minimal speed will also be zero!).

None of that speed will be any use at all if the network is unreliable, but, for the first time in the evolution of wireless networking, special effort is being directed at interoperability. How good this will be we don't know. You probably wouldn't want your life to depend on it, but to some extent it might, because there is talk of inter-networking between cars, so that each vehicle "knows" all about the others around it. One would hope there would be sensible defaults and fail-safes.

What about gaps where there is no coverage? Well, if you're on the Earth (and let's limit our discussion to now to the assumption that you will be) then there's a good chance that you'll be able to get 5G wherever you are. There are a number of new projects to get WiFi (or whatever succeeds it) to be available everywhere. Whether it will be via low orbit satellites or balloons, we won't know for some time, but it's good to see that this is more than just a theoretical possibility, with Super Entrepreneurs like Elon Musk willing to put their money and their reputations behind it.

Once this is in place, we can expect to see cameras with no storage at all. At some point, it will be safe to "assume" high bandwidth wireless networking, everywhere.

And at that point, the "network" will just disappear, because will be able to forget about it, in the same way that we forget about breathing.

Humour me. I really do think this will happen within a decade.