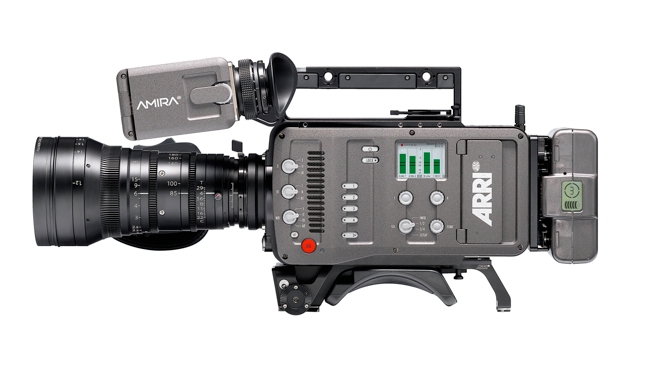 More unexpected news in the world of cameras. The Amira has been given an upgrade that will allow it to use much more of the resolution available from its sensor. The Arri Amira has an identical sensor to that of its high-end counterpart the Arri Alexa and while the Alexa sensor isn’t capable of actual UHD resolution, it is capable of something like 2.8K which the Alexa can shoot when working in raw.

Arri have now released an upgrade which allows the Amira to record in UHD 4K ProRes (see Davids article here) and it was announced that this would be upscaled but it wasn’t entirely all that clear from the press release what the situation with the video upscaling was. We contacted Arri to get some clarification. According to Arri the new mode goes even a little bit further than that afore mentioned 2.8K. It crops the 3.4K video directly from “open gate mode” to get 3.2K and from there it does the upscale  to get the 3.8K of UHD.  So it turns out that this isn’t just an upscale from the 2K that the Amira is normally capable of but an upscale from 3.2K to 3.8K. (That’s just 0.6K difference!) Of course it’s not actually 4K as such but then nor is UHD itself!

This is going to be huge

This is going to be huge because what matters for most people is great looking images and not the theoretical pixel count, and now the Amira is going to be selling with both the amazing picture quality that everyone loves from the Alexa and much higher resolution. To be honest if the upscaling algorithm is any good at all we are going to see very impressive results from this newly hypercharged Amira.

In fact now the Amira can do something that the Alexa can’t even do and that is to make use of all that native resolution in the much more economical ProRes mode. This means you will be able to just shoot directly to CFast 2.0 cards at up to 60fps in the UHD ProRes Log-C mode and you won’t need special media or recorders like you do on the Alexa when you want to gain access to its higher resolution modes.

You also won’t need to worry about upscaling the video as it will be already in UHD resolution (3840 x 2160) right out of the camera.

This is going to be very, very big in the world of TV where Arri Alexas and ProRes already rule the roost. Perhaps we can even expect to see “Game of Thrones” in UHD in the future somehow.

Does 0.6K of resolution even matter? If so what about the difference between UHD and true 4K? Our editor David Shapton had it spot on when he wrote "We think this is a clever move by ARRI and one that will challenge the rest of the industry to define what it really means by 4K and UHD.”

Arri has thrown down the gauntlet.