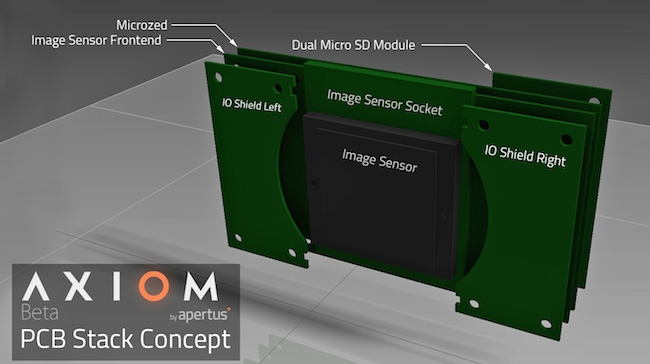 Judging from the latest blog posts by the company’s Sebastian Pichelhofer, progress on the AXIOM open source digital cinema camera is coming along nicely, with the developmental Alpha providing invaluable feedback from the field tests and the Beta starting to take shape.

AXIOM Alpha in the field

In the last few months we've shot a range of independent projects on the AXIOM Alpha in order to gather footage and test the camera in real world environments. The context for this ranged from urban daylight settings and horse racing to nighttime street life and studio-based macro shots of insects and birds. All of this ended with a highly complex setup requiring the AXIOM Alpha prototype to be placed on a 400 meter long cable buggy in a 3 axis gyro stabilized flight head.

We've learnt a lot about the AXIOM Alpha from these projects, and were able to implement improvements to the camera's internal image processing routines between productions. Alongside problems, we've found other things that worked better than expected. Unfortunately, at midday during the first shoot, the power connector from our battery broke off - what a downer! But less than an hour later, we had a new one soldered to the cable and the shooting resumed. It was as if nothing bad had happened. 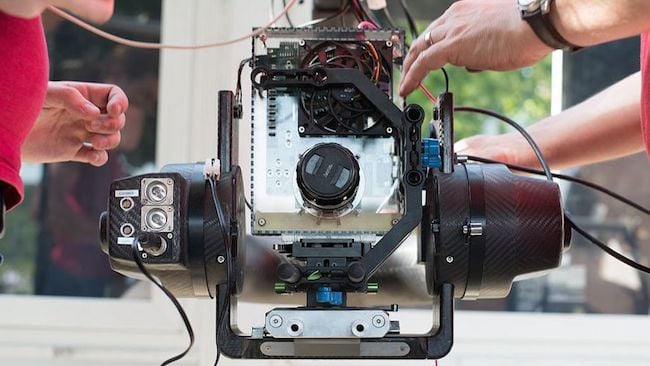 At the end of the week, we had not only collected a high volume of interesting footage (not everything looked amazing, but at least we've learnt a lot from it) but we also had a better camera. This is how we imagine the AXIOM Beta will improve in the hands of our crowd funding backers :). Now you might ask: "I see the pictures but where is the actual footage?". We will release the footage with our AXIOM Beta crowd funding campaign, so stay tuned.

When we first announced the AXIOM Beta camera, we had a pretty clear idea of how the camera would be designed from a technical point of view. Nevertheless, it was still quite difficult to show people this vision as it existed only within our imagination. Now we have begun turning our ideas into actual design studies, to be accompanied by illustrated concept images.

The first of these concepts is showing the PCB Stack concept for the AXIOM Beta and allows for a much more compact form factor (around 110 x 70 mm for the main body seen from the front) over the bulkier AXIOM Alpha. We have made good progress with electronic component testing and part evaluation. Additional parts have been ordered from Newark (with a very fast delivery time) and we have just sent another batch manufacturing order for PCB test boards to OSHPark, which should be arriving shortly. 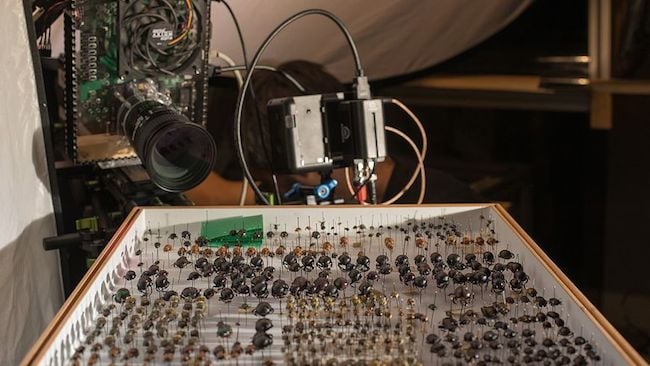 Get the latest information on the project at https://www.apertus.org/