The cinematic camera debate: When are three chips better than one? 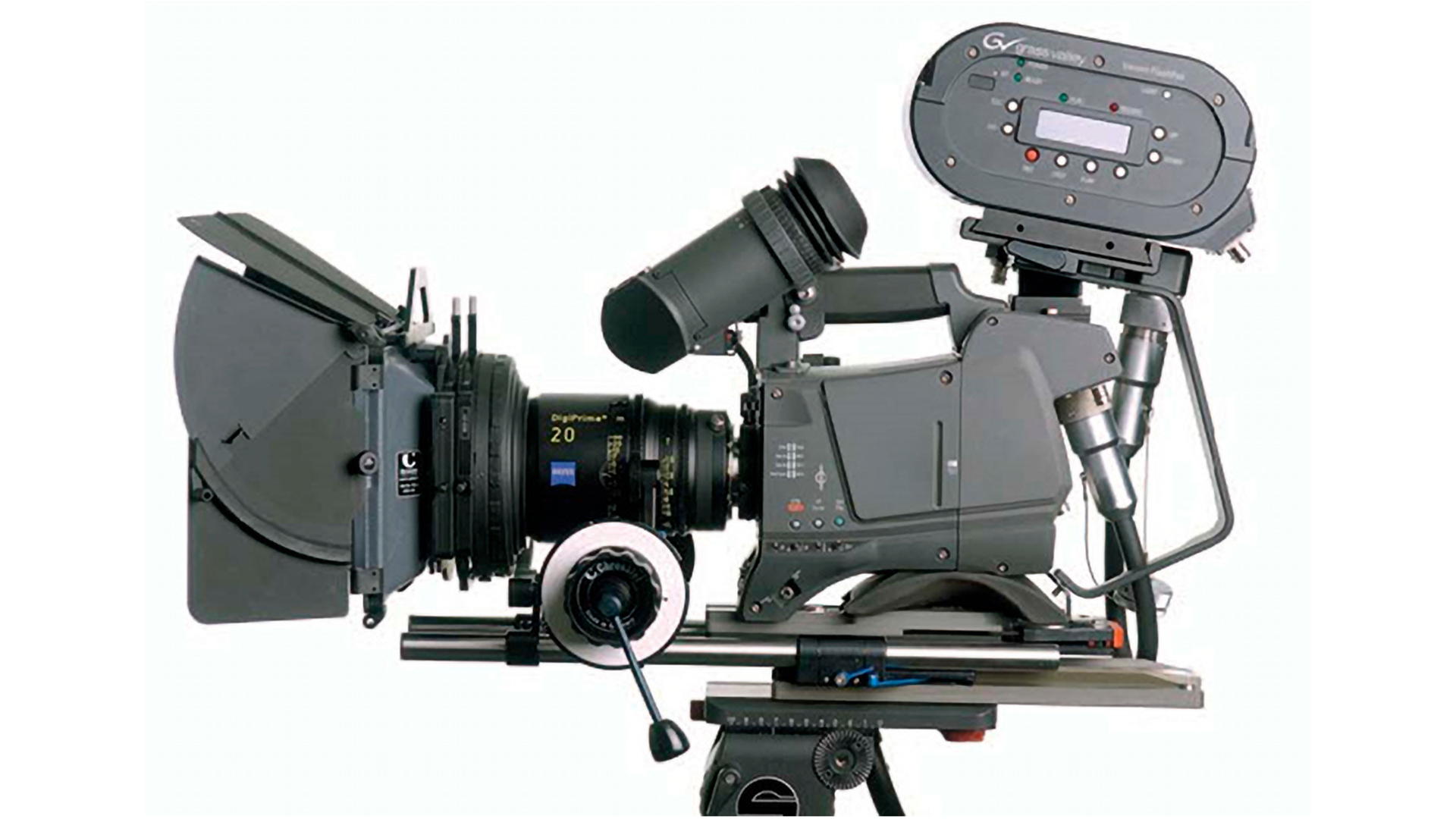 Replay: This is an older article, but it's always worth looking back at where we've come from, and the basis of this article still has merit. There is always a frisson of excitement generated by big chip cameras, but that doesn’t mean they are always the best answer to the job in hand.

Recently I was faced with a decision on a small, independent shoot: is it better to take out an ENG-style camera, with its smaller, easier-to-focus sensor, or one of the world's many current cameras aimed precisely at that sort of shoot, with a 35mm-sized chip behind the lens? Eventually, I went with Sony's FS700, convinced that the short depth of field was a plus, not a minus, and that the enhanced dynamic range of comparatively big photosites (notwithstanding the FS700's 4K native resolution) was worth the hassle.

Excited as everyone gets about big chips, looking back I'm not sure that was the right choice. I'm sure that the crew will not feel hard done by if I mention that there weren't enough of us, nobody was assigned as a full-time focus puller, and the small lighting package of a low-budget show rarely allowed for anything other than the widest possible aperture. And that's before we even consider the sheer timing issues: to give even a top-gun focus puller a fair chance, focus marks need to be laid out and measured, and sufficient rehearsal needs to be available such that actors, dolly grips and camera crew can all hit them with precision.

If you're the next Bond movie, that's all a given: everyone has a very specific job, plus the time and equipment to do it to the highest possible levels. If you're a pocket-money shoot trying to cover twelve pages of complex action and dialogue in three days over five locations with minimal crew, then life becomes a little more — well, let's be positive about this — concentrating to the mind.

The alternative, which I wish I'd taken, would be some sort of 2/3” camera, something like an older Sony HDCAM, such as the F750 or F900, with a recorder from a company such as Atomos or Convergent Design to avoid being locked into an expensive and increasingly dated classic-HDCAM workflow. Other options exist, although venerable (by modern standards) cameras like Viper are starting to look a bit long in the tooth from a sensitivity standpoint. If you can still find an F23 for rent, they're great cameras, as are many of the current types used for ENG if set up correctly.

All of these possibilities would provide smaller chips, with easier focussing and a huge selection of zoom lenses available. If you want to push the boat out a bit and go for more movie-oriented glass, there are a few comparatively rare sets of Zeiss DigiPrimes out there, as well as various options for putting PL mount glass on B4 (that is, 2/3”-oriented) lens mounts. Those options are likely to be more expensive, though, and I suspect that many people who choose to shoot 2/3” cameras for drama will do so on ENG-style zooms. They do, at least, tend to have lens motor gearing built in, although follow focus packages (whether mechanical or radio remote) may require different output gearing to suit B4 lenses as opposed to the PL types with which they're more usually used, which typically use a different pitch.

Bayer vs 3-chip designs: a recap

Beyond the minutiae, the question is what a 2/3” camera gets you beyond easier focus. I don't intend to make this an article about the tired old debate over Bayer or 3-chip sensor designs, but it's worth a quick recap of the main issues. A 3-chip sensor uses an optical splitter block to land red, green and blue image components on three completely separate image sensors – traditionally CCDs, although CMOS sensors, with their slightly different technology, are beginning to take over here too. The advantage of this is that each colour pixel output by the camera is imaged by three separate photosites, each measuring a red, green or blue value for that pixel. By comparison, a Bayer sensor must interpolate the values for two of the RGB components for any given pixel based on surrounding values.

In order to be most effective, most Bayer sensors, such as those in the FS700 and F65, are considerably higher in resolution than their output image. The F65 in particular has an enormous sensor around 8000 pixels wide which is therefore capable of outputting downscaled 4K with, according to the most generous accounting, two times supersampling. It's therefore extremely unlikely that the colorimetry caveats of Bayer sensors are likely to be objectionable in the final image. Even so, in cameras such as the original Red, or any camera where the Bayer sensor is required to produce an image of pixel dimensions near to its own resolution, there is a concern over exactly how genuine the colour detail in the final image is (regrettably, this is a risk for the FS700 with its 4K output upgrade). Test charts of black patterns on white may look reasonably good, but red on blue is likely to be comparatively soft; a particularly egregious problem for productions considering greenscreen or bluescreen work.

This problem is exacerbated by the fact that low-pass filtering must be stronger for a given absolute pixel size on a Bayer sensor, given that it must work on the basis of the more spaced-out red and blue pixels, inevitably compromising sharpness in the tighter-pitched green and reducing sharpness overall.

Compare the situation with a 3-chip RGB device. Though these sensors tend individually to be smaller, each chip is only required to have one-third the number of photosites as the final image, so the camera doesn't necessarily suffer significantly reduced dynamic range. Because there is no mingling of photosites for the three colour channels with different spacing, low-pass filtering is easier to optimise for maximum sharpness without objectionable aliasing. There are no caveats with interpolation of colour and focus is easier.

There are, of course, downsides. As we discussed above, lens selection for 3-chip cameras is complicated by the need to land three sharp images on three different sensors, a trick for which B4 lenses are specifically optimised. An extension of this issue is the fact that out-of-focus objects can become tinted slightly magenta-to-green in the vertical axis because the ability of the lens to accurately line up the red, green and blue components is compromised when the subject is not in sharp focus. Better lenses control this adequately, however – it is barely visible in a set of venetian blinds in the trailer for Benjamin Button, for instance - but it's hard to object too strongly in a world where people deliberately go out and look for the optical behaviour of anamorphic lenses.

Perhaps the greatest objection to 3-chip cameras will, as ever, depend on one's operational experience and preferences, because most (though not all) of them are built into ENG-style chassis. It's possible to get little 2/3” box cameras quite readily, and both the Viper and F23 are cinema-oriented 2/3” cameras. But mainly, when we talk about this sort of thing, we're talking about XDCAM or the F900 series, or similar things from other manufacturers – Panasonic's Varicam range has traditionally done well.

If you're a traditional 35mm film cameraman, these cameras might not be tremendously appealing, especially if you need to fit an entire feature film camera department around them. If, on the other hand, you're a lone operator in the middle of a busy set, and you've spent a lot of time on cameras which put the gain and white balance buttons in a fairly well standardised set of places, then there probably isn't much objection.

And, ultimately, we started off talking about the choice between the FS700 and an F750, which are both plastic boxes full of electronics and covered in a thousand switches and buttons. At least the F750 is a reasonably standard example of an ENG camera, and no matter how much we like the FS700, with its 4K upgradeability and its slow motion – and we do like it, a lot – it's probably worth considering exactly why we often leap so enthusiastically for big single sensor options when there are a dozen reasons that decision ought not to be obvious.