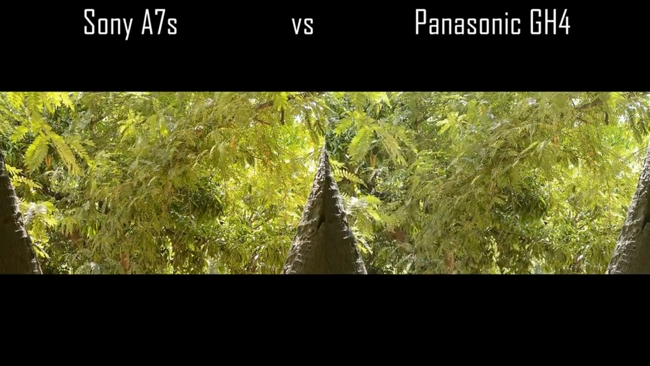 Here's a comparison between Sony's A7S and Panasonic's GH4, both recording in 4K. It comes with several health warnings

First, there is currently no possible way to record from an A7S in 4K. The camera was designed to be able to record 4K through its HDMI port, and the only device that can capture and record this right now is the Atomos Shogun. Except that it isn't available yet.

The only Shoguns that exist are Pre-Production ones that are under the tightest security. On that basis, this video should not have been possible. The only way it can have been made is if a Shogun unit has somehow slipped out into the wild.

There are some other things to be wary of. First, how can you possibly compare the output of two 4K cameras through a highly compressed medium like Vimeo? The video itself says that the original material was downsized to HD before uploading to Vimeo. Not only that, but the two videos are shown side by size, further reducing their resolution.

Which looks better? You can't say. The Sony looks more contrasty and saturated, but no more so that if you'd just tweaked the "Saturation" and "Contrast" sliders in your NLE.

So, we're showing this as a warning: don't be taken in by this type of video. If this one really is genuine, please can the author prove it to us? And even if it is, it's still not a valid way to compare these two cameras in our opinion.