Letus AnamorphX adaptor, a perfect match for the Alexa? 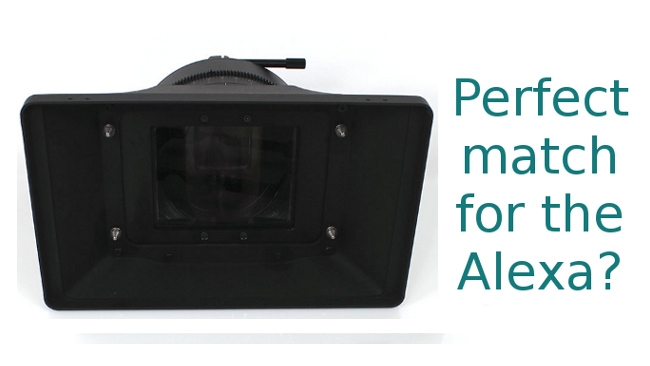 The Letus anamorphic adaptor has caused quite a stir by making anamorphic accessible to people who want to shoot it but who wouldn’t normally be able to afford to. The lens costs $1,695.00 which might not seem cheap but given that a single anamorphic prime lens could cost as much as $29,900 (okay that’s for a beautiful Cooke Anamorphic/i but even so...) and you can use the Letus adaptor on a wide range of ordinary lenses for different focal lengths, it’s hard not to see it as an anamorphic bargain... relatively.

However people trying it out for the first time have run into a few problems. Firstly it seems to suffer a little from “anamorphic mumps”, a problem well known from the very earliest cinemascope movies such as “The Robe”. This is one anamorphic artifact that seems especially unloved and was one of the reasons that led to the development of rear anamorphic adaptors instead of front anamorphic adaptors like the AnamorphX

The other problem that people seem to be having is that the lens is providing less of a squeeze than was expected.  Darren Eggenschwiler is reporting something closer to a 1.21x squeeze rather than a 1.33x squeeze as advertised. This is a slight problem as the lens is supposed to give a 2.35:1 cinemascope style aspect ratio on 16:9 sensors:

Which is slightly less wide than normal for cinemascope. Of course in a lot of situations there is nothing to stop you just going with 2.14:1 as an aspect ratio instead. I’m sure most people would hardly notice at all and these slight quirks are coming at a big saving so maybe it’s not right to expect perfection. To be honest anamorphic lenses have never been about perfection anyway! Quite the opposite! They are more about character and doing things a bit differently.

In any case it turns out that 1.21x might actually be a very special number.

A 1.87:1 ratio is amazingly close to the standard 1.85:1 aspect ratio used in cinemas.
What camera would have a sensor with a 1.55:1 aspect ratio though? The Arri Alexa in open gate mode!

I wrote previously about the potential of open gate mode on the Alexa for those wanting to work with the Alexa in a 4K UHD context and you can read my article about that here but Letus appear to have solved the problem of shooting for UHD 4K resolution video on the Alexa without even knowing it! An AnamorphX adaptor on your lens combined with open gate mode for a 1.85:1 aspect ratio finish.

The AnamorphX is available from Letus here.

Check out this great video which seems to be by Darren Eggenschwiler of “Production Attic” where he explores the AnamorphX adaptor on a Blackmagic cinema camera.