We think we know what the Mystery XDCAM from Sony is... 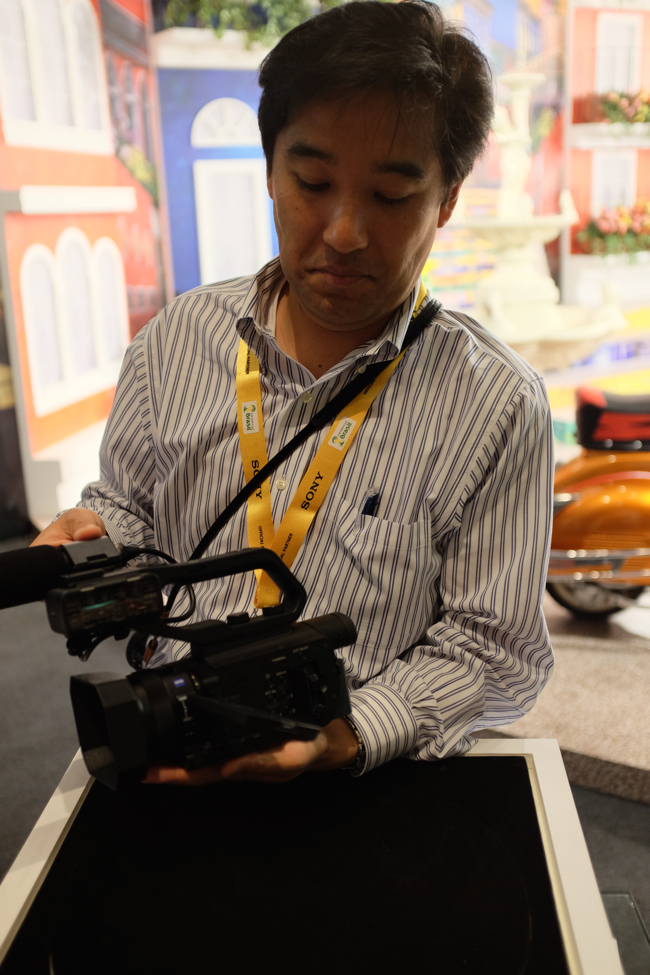 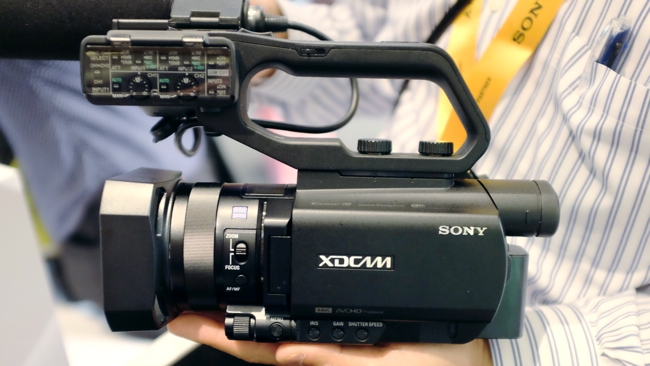 The mysterious new XDCAM from Sony may not be so mysterious after all... Our Far East correspondent, John Burkhart has been investigating

Sony was showing off their latest small format XDCAM camera under glass at Broadcast Asia yesterdat. Teased by a somewhat vague press release, that didn't mention much about the specs, or even a model number, I found the "mystery camera" at the end of the Sony booth. 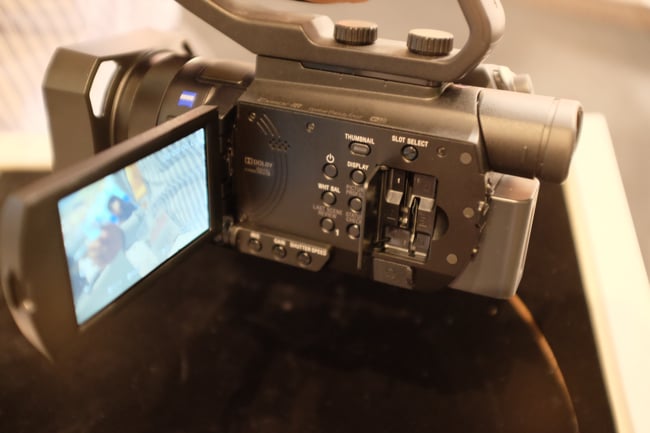 I asked a few of the product reps, who didn't seem to know much about it, and they asked around until one of the Sony guys from Japan offered to explain it to me and bring it out of the case. It turns out it's not much of a mystery after all. This new model will apparently be a professionalised version of the FDR-AX100, which is a 4K camcorder with, apparently, the same sensor as the new enigmatic device. Which means that it's closely related to the already existing 4K camera, except for the XLR adapters shown above. It will also have, importantly, the higher resolution professional XAVC codec flavours. There may, of course, be other differences. After all, Sony doesn't add products to its XDCAM range lightly, and they have indicated that "this is going to be a very significant product for us". 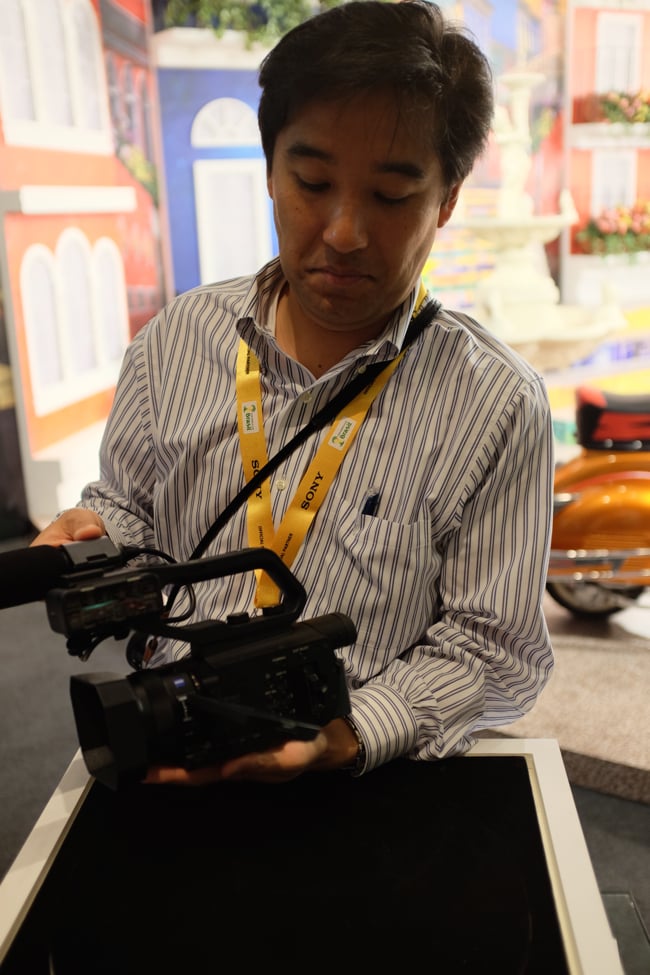 There is no model number yet, and it will be released by the end of the year. Mystery solved? We think it probably is.