Why adding noise to video can be good 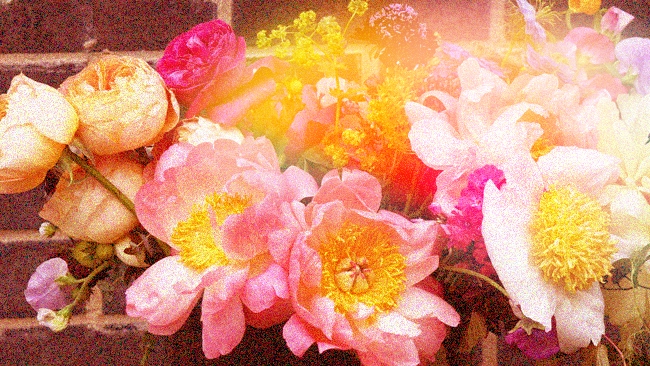 Adding noise to video can be good

Adding noise to video may seem daft, but sometimes, it's the best thing to do

This is just a quick follow-on to Simon's article about why we're still comparing film with digital. In it, he wonders why we're still addicted to the idea making video look like film. Simon's points are all good and fair, but I just wanted to add a couple of things.

First, one reason we want video to look like film is to stop it looking like video! "Traditional" Video in the days preceding HD hasn't looked even slightly like film, because of a smaller colour gamut, very restricted dynamic range (the extent to which the medium can reproduce dark things at the same time as light things) and of course very restricted resolution (Standard Definition is arguably around one sixteenth to one twentieth of HD!).

Another reason is because, however much we tell ourselves that it isn't true any more, making it look like film makes it look more "expensive", because, whichever way you look at it - film is expensive!

Perhaps at this stage in the debate we should make a distinction between "Cinema" (or "Cinematic") and Film-like. You can totally make video look cinematic without adding false film grain. All you have to do (well, I say "all" but it's actually quite difficult to do) is to design your production (the set, lighting etc and camera lenses and angles) to look like proper film set-up. This has absolutely nothing to do with the medium (film or video) that you're shooting on, as long as it's capable of reproducing enough of the visual "feel" to seem authentically cinematic.

Superimposing the characteristics of film onto video is quite another matter.

The more bits, the more colours

Now, there may be very good technical (ie non-artistic) reasons for doing this. If your video is 8 bit, it's likely to show some colour banding, especially where there are very shallow gradients like you'd find in a blue sky. Visible as contours between separate bands of colour, these are the most visible artefacts of video that's not got enough bit-depth. The more bits you have, the more discrete colours you can reproduce.

In a complicated image, you probably won't notice the banding; it's only when you're exposed to an area of a single, gradually changing colour that you'll notice a problem.

The answer is to do what's been known about for decades: add some noise.

This counter-intuitive technique can work wonders as long as it's done correctly.

If you add a very small amount of random noise to a picture, it will break down the visible boundaries between areas of colour. It can very effectively, and almost miraculously, make colour banding go away. If you use too much of it, the video will just look noisy, but done in the right way, it's almost like magic. And if you can shrug it off as "a bit of film grain" then probably so much the better!

Artistically, I think adding film grain effects and simulating the colour "look" of older films is a perfectly valid artistic measure. This can be vastly overused but when it's applied appropriately, and as long as the film is basically a good one that you're not trying to "rescue" with an over application of effects, then it's as good a process to add as any other.

But, no: we don't have to add film grain to all our videos, any more than we have to pour tomato ketchup on a cheescake.