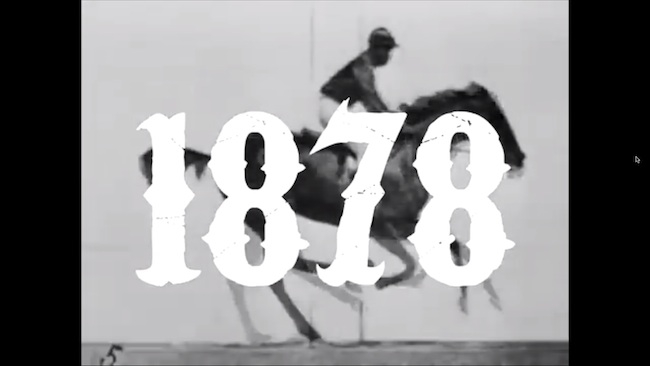 Replay: One of the most compelling things we’ve seen in a while on YouTube, Jim Casey’s whistle-stop tour of the Evolution of Visual Effects is a three minute, five second VFX extravaganza that takes us from 1878 all the way up to the present day.

Some of the clips are frustratingly short and some of the modern day ones you may already have seen several hundred times, but the glimpses into the techniques employed at the dawn of the motion picture era in particular are fascinating.

From the works of Eadweard Muybridge and French effects pioneer Georges Melies through the golden age of Hollywood and up to the current state-of-the-art it’s a fascinating ride, all set to a soundtrack of Nobuo Uematsu’s score for Final Fantasy VIII.

And if that’s whetted your appetite for more, there’s always our exhaustive six part series on the History of VFX to read more about the tools and techniques used. Links below:

The History of VFX Part Two: The Model Men

The History of VFX Part IV: Concerning hobbits and other creatures