Amazing footage: It's just like Google Earth - with moving video. 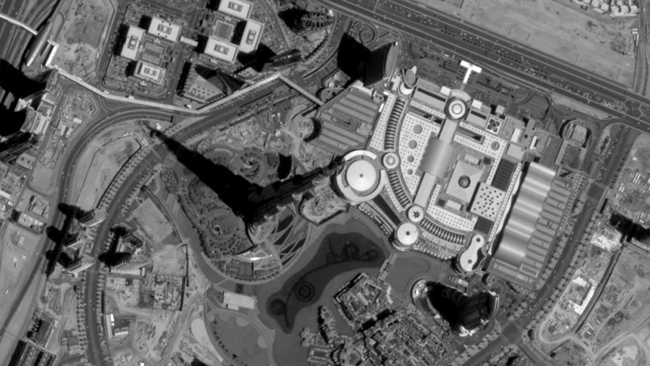 Imagine Google Earth, with moving images instead of still shots of the Earth

Skybox imaging is trying to build a Google Earth with satellite HD video. You can literally have a high definition moving image of the Earth from a satellite's point of view. And what's more remarkable is that Sybox's satellites cost less, not more, than existing technology. What they've done is take all the mystery and dark arts out of satellite science and re-packaged it using off-the-shelf, comoditised equipment. They make the satellites smaller and cheaper, so they can have more of them.

Have a look at this clip (thanks Gizmodo for tipping us off) and you can even see a passing aircraft (moving at a crazy angle, but that's just because of the motion of the satellite). This is the view of the Burj Khalifa in Dubai, the tallest building in the world.