Ray tracing is the best way to render CGI. And now it's coming to your phone! 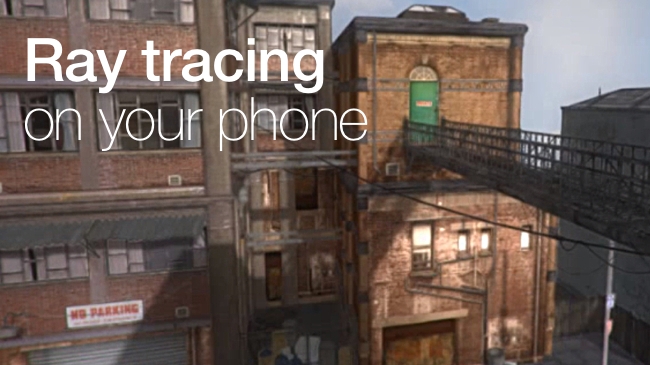 Ray Tracing on your phone

A high-end rendering technique that was previously only availble on workstations (and even then very slowly!) is coming to your phones

Ray tracing is a better way to render 3D scenes and animations. Every light path is traced from source to final destination, which means that if there's a mirror or a reflective surface, it will show everything reflecting from it, and all subsequent rays will carry the imprint of the object (ie the colour of the pixel it was reflected from).

It's absolutely the best way to create realistic CGI footage.

It can help in other ways as well: for example, shadows behave more like shadows - even on an overcast day.

This stuff is mobile

Here's a video showing off Imagination Technologies' capabilities. They make the Power VR chipsets that appear in Apple's "A" processors. That's right: this stuff is mobile, which makes it all the more remarkable!

According to appleinsider.com (to whom thanks for the tip-off), Power VR's new Wizard GPU can render up to three hundred million rays per second.

Officially, that's a lot of rays.