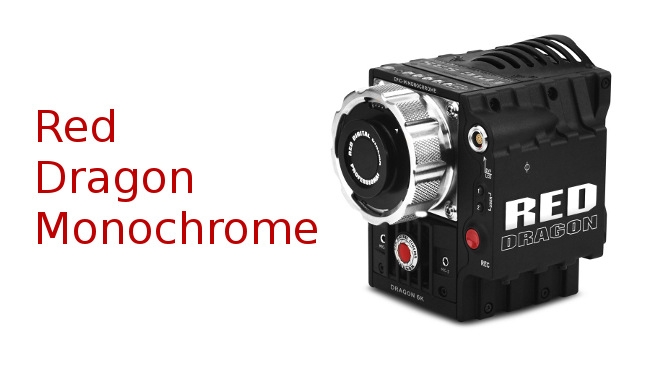 The Red Camera company really likes to be at the forefront of camera resolution and to that end it has now released a monochrome version of its Epic camera with a 6K Dragon sensor.

The camera has a black and white output instead of a colour one. The concept is that when you don’t have a bayer filter for colour, you can actually record black and white images in even higher resolution. This is because you can dedicate all of the pixels on the 6K sensor to actual video resolution, instead of having some of them getting eaten up to produce colour information.

The result is that the footage from the Red Dragon Monochrome really does resolve 6K, or at least it potentially can if the lenses are up to the job too. The camera should also be more sensitive because there isn’t the extra bayer filter soaking up some of the light in the optical path. On the older Epic Monochrome the absence of the bayer filter resulted in a native ISO of 2000 compared to the normal colour version of the Epic which had a native ISO of 800.  The new Dragon Monochrome should be considerably more light sensitive than either but as of yet there is no further details on that aspect of the new camera.

The price of the camera body is $31,500, but you would obviously need additional modules to put together a working camera kit. The Red Dragon Monochrome begins shipping on April 28th 2014.

The price will be $14,500 for the camera body and Red is already accepting pre-orders.