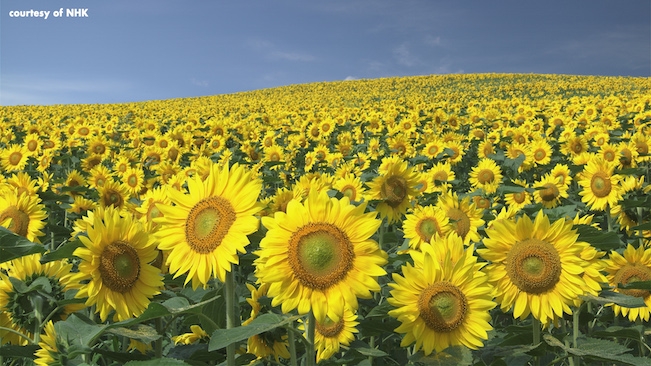 One of the highlights of the NAB Labs Futures Park at the upcoming NAB show will undoubtedly be the demo of over-the-air transmission of 8K content being mounted by NHK, all of which helps bring 8K that little bit nearer than before.

This will be the first time anywhere in the world outside Japan that wireless transmission of 8K Super Hi-Vision has been demonstrated over a single 6MHz TV channel, so it’s a fairly big deal. The broadcaster will also present detailed results of its long-distance, single-channel, over-the-air 8K test broadcast conducted in Japan back in January when it managed to squirt a signal from its bureau in Hitoyoshi to a receiving station 27km away. Back then it used MIMO techniques (Multiple Input, Multiple Output) which use banks of antennae at both ends to increase data throughput, and with the task of compressing a 24Gbps signal into a 6Mhz channel again in Vegas, chances are it will be doing it again.

There is eye candy

Away from the esoteric, there is eye candy on show too. A presentation theatre with a 350-in screen powered by 8K video projection and full 22.2-channel sound reproduction will also be built for viewing Super Hi-Vision content, with new material including specially captured highlights from the Sochi Winter Olympic Games.

Progress in the increasing practicality and ergonomics of Super Hi-Vision systems meanwhile will also be demonstrated. These include an 8K video camera that weighs less than 4.5lbs (2kg) and can thus be shoulder-mounted, the world's first 8K-capable realtime HEVC encoder, and a display-integrated immersive sound system providing virtual representation of 22.2-channel sound for a domestic environment, which will be a boon for those who have been puzzling over exactly where to put all those 24 speakers…