Will Apple's A8 iPhone chip be faster than your laptop? 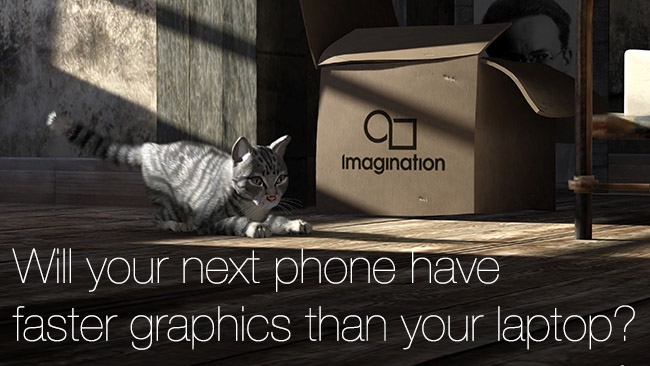 New mobile graphics to be faster than a laptop?

At the recent Mobile World Congress in Barcelona, Imagination Technologies, creators of the PowerVR GPU used in the iPhone and other mobile devices, demonstrated a mobile graphics design with 192 processing cores

Imagination Technologies is a UK company that designs processors and licenses the technology to manufacturers. They are well known for their processors that are used in mobile devices and particularly the PowerVR Graphics that are used by Apple in their iPhones and iPads, as well as by Intel and Qualcomm in so-called "Systems on a chip", which combine CPU, GPU and other specialised functions onto a single chip.

At the Mobile World Congress in Barcelona they were demonstrating their latest technologies, the PowerVR Series 6XT or "Rogue" processors. The Series 6XT is a family of processors and the biggest is the GX6650 which has 6 shader units and 192 cores for image processing. 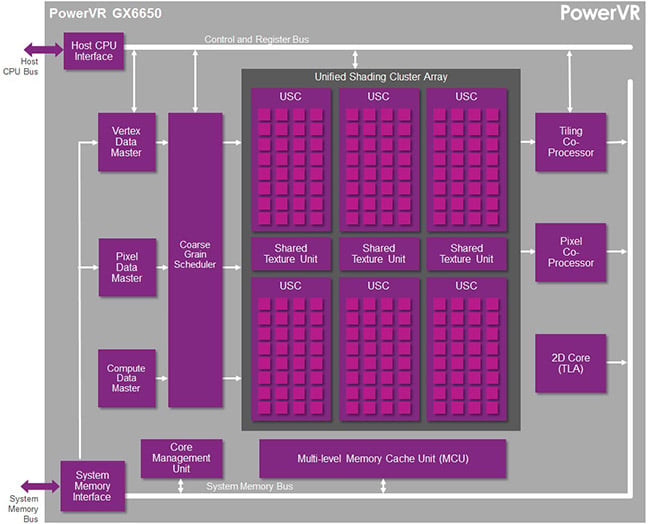 The GX 6650 is capable of processing 12 pixels per clock which is up to three times faster than other mobile chipsets. It is designed to work with Open GL ES3, DirectX 10 and Open CL and can support 4K resolution, dynamic video texturing, raytraced lighting, depth of field and particle systems. What this means is that for mobile gaming and video, devices equipped with this chipset will outperform most laptops and even some gaming consoles, whilst at the same time keeping power consumption to a minimum to enable longer battery life.

Imagination Technologies was running an Open GL based 3D benchmark from Futuremark and a VP9 decoder developed by Multicoreware to allow playback of YouTube videos at 1080p using OpenCL, thus removing the decompression task from the CPU and reducing the power required to play HD video.

"With PowerVR Series6XT we are making the Rogue architecture even more efficient by adding new features and delivering new levels of GPU performance. As we continue to increase the speed of innovation for our market-leading GPU offerings, we're continuing to pull away from the competition and our customers are benefiting from having access to the latest technologies."