First images from the Panasonic GH4 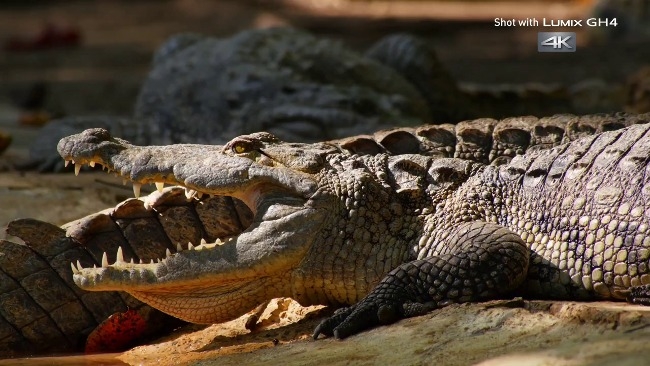 It didn't take long: here's the first footage from this intriguing new camera

It seems only a short time ago that the Panasonic GH3 was released but such is the power of 4K right now, that already there is a 4K GH camera, the GH4! Official pricing isn't available yet but the hope is that as the camera is being marketed by Panasonic as a DSLR, that we will be talking DSLR style pricing too!

This move also brings the Micro 4/3 lens mount to 4K - meaning that the camera will be able to be used with a really wide range of lenses via suitable adaptors. If it turns out that the pricing is as low as many people seem to be hoping then the video world is likely to be really shaken up by this new camera.

Regardless of the eventual price, the camera already has people excited about the possibility of flying it on an octocopter (or even a quadcopter!) and shooting 4K footage from their fridge. It's the whole “small camera with cinema quality images; where can we stick it next?” thing. Certainly the camera is very good news for the freefly people and their advanced MoVI gimbal technology.

If you havn't already seen Phil Rhodes first look at the camera then be sure to check it out here. In the mean time here is the first footage we have seen from the camera:

Panasonic seem to be doing a great job of getting the message out there about the GH4 so far, with a sudden deluge of videos singing the praises of working with the new camera:

That last one being my favourite!
There is even an advert from Panasonic for the camera: