A film of your life - a script with no writer 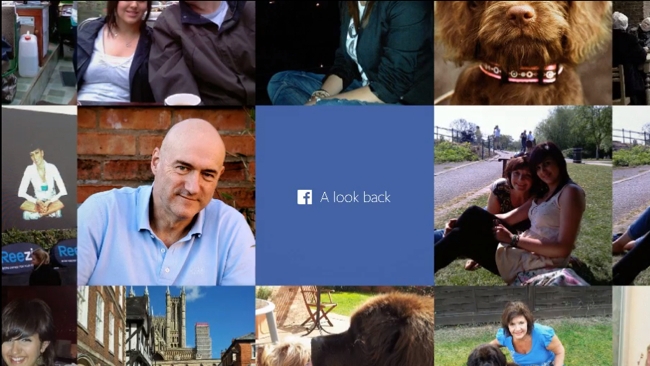 It's Facebook's tenth anniversary, and to celebrate, everyone, it seems, has had a biographical movie made of their life. It is, of course, a gimmick. But there are some powerful techniques that we may see cropping up in more serious film work in future

Yesterday, as a regular Facebook user (I like to think of myself as a social media butterfly) I was deluged with posts that said "Here's my Facebook Movie". It was only some time later that it dawned on me that this tidal-wave of biographical movies was timed to conincide with Facebook's anniversary.

Now, quite obviously, Facebook doesn't have a film crew complete with researchers and scriptwriters standing by for each of its half a billion users. But they don't need to.

That's because there's already enough data on Facebook to piece together something that's already quite impressive.

These aren't full-motion videos. They're annotated stills that have been panned and scanned, with a little zooming to impart some motion. They all appear to have the same background music. What's impressive is that - with just one jarring exception in my film (an out of focus picture of an empty railway station) - all the pictures were ones I would have chosen myself.

So how does it work? All we can do here is reverse-engineer it.

Mostly, the choices in the film are based on things that you have told Facebook, and on the way that your "friends" have responded to your post. Facebook already knows a lot about you: where you live, what your birthdate is, and - most importantly - what your relationships are.

Now, it may be just that I tend to have a lot of pictures of my Partner (of course!) but Facebook would know that anyway. Towards the end of my film, there's a sequence of pictures of her. They're all portraits, with her looking at the camera. It makes me wonder whether there's face recogniction combined with the knowledge of her relationship to me.

So, is this just a gimmick, or does it mean that in future we'll just have to read the script to our computer and out will drop a completed feature film?

I doubt that we're anywhere near the latter of those two possibilities, but we're definitely on the way to it. I can't ever see a film director being made redundant by this, but what we can see is that the more metadata exists about a person and their relationships, the more we can encapsulate their lives in the digital media that we present to them.