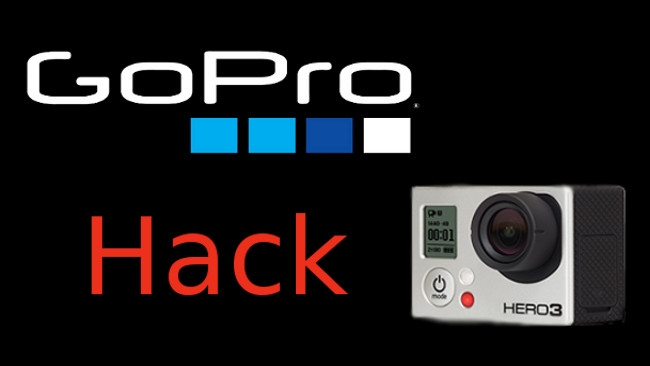 It’s been created by a fellow called Konrad Iturbe and it is both Free and open source.

It’s might be a bit of a stretch to call it a “hack” however as the extension basically works through the power of scripting. It turns out that more recent GoPro cameras have support to run unix style ash scripts on startup through a file called autoexec.ash which is executed when the camera boots up. MegaLapse uses this power of scripting to drive the camera to shoot longer TimeLapse sequences.

So it’s quite a simple bit of script. The X in the third line is the magic X factor that defines the interval between shots in seconds. If you download the files from the github you will find that there are already different files with different predefined intervals ready to go, so you don’t have to get your hands dirty editing scripts if you don’t want to. I know some people may already be hiding behind the sofa after seeing the script above! You don’t have to go near the text editor if you don’t want to, you can just download the files to the root level of your SD card and be ready to go. Easy.

One advantage of running a script like this, is that because it doesn’t modify the firmware at all, it should be impossible to brick your camera. Take the SD card out again and the camera will be back to normal as the script was on the SD card.

The following TimeLapse sequence was shot over the course of 8 days and it plays back in just 2 minutes:

Seems like this could be handy for documenting buildings being erected and such like! You will of course have to come up with a method of powering the camera for all that time. Apparently the author of the script used a modified USB cable to keep the battery charged. There is also a folder on the github that provides versions of the script that blank the screen while performing the timelapse, in an attempt to save on battery power.

Now the cat is out of the bag that you can script your GoPro, perhaps we will see more of such innovative uses of scripting for the camera in the future. Konrad seems to be working on finding out as much as possible about the way the camera works and has already come up with another hack that does 4K looping video. You can also find lots more scripts from Konrad here, some of which look very handy and others, erm, not so much!