RedShark Winter Replay: Can you do serious work with Magic Lantern? 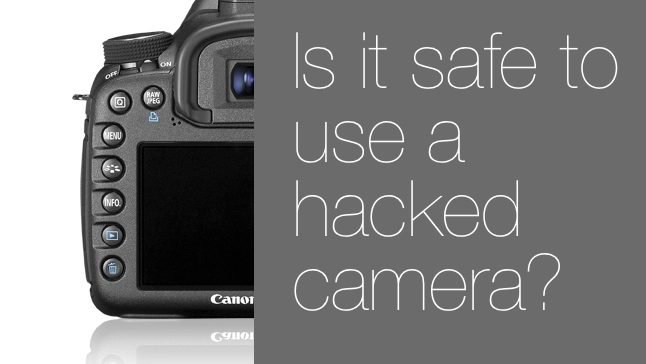 This holiday we're re-running some of our most popular articles, in case you didn't see them the first time. Today: Someone asked us the other day whether it was safe to make a commercial production with Magic Lantern software running on a Canon EOS 5D mk III. There are several answers to this, and it's by no means certain that any of them are "yes". In order to understand why, it's a good idea to look at this question in the light of two completely different scenarios

Someone asked us the other day whether it was safe to make a commercial production with Magic Lantern software running on a Canon EOS 5D mk III. There are several answers to this, and it's by no means certain that any of them are "yes". In order to understand why, it's a good idea to look at this question in the light of two completely different scenarios.

First of all I want to say that I'm a huge admirer of the work that Magic Lantern does. None of what follows is a criticism of them or their work. It is more a reflection of what it means to use a product in a professional context, and how to asses the risk of using software that does not have the same history of testing as professional equipment from a large Japanese manufacturer.

First, let's look at how a major Japanese manufacturer designs and makes a product.

When a new camera comes to market from one of the major players, it's rarely the result of a back-of-an-envelope idea. What's more likely is that the product has been in planning for more than a year, and that it's based on a perceived gap in the marketplace. It will be developed in a way that minimises the need for additional tools and technology, while still giving the new device a competitive advantage.

It's a complex process, that's well tuned. And it's also why you don't often get big surprises from big companies - but what you do get is a product that is generally delivered on time, and which is absolutely rock solid. Which is what you want if your business and your reputation depend on it.

Most of all, these products are tested to within an inch of their lives. There's almost no chance of something slipping out with a serious bug. In fact, this happens so rarely, that when it does, it's big news. Even though modern cameras are largely software-defined devices, buying a camera from a big Japanese manufacturer is as close as you can get these days to buying a "thing" in the old fashioned sense.

Now, let's look at it from the Magic Lantern angle (and this isn't just about ML: its about anyone who "hacks" into a product to gain functionality).

First of all, let's get rid of the idea that because the ML software is running on Canon's hardware it must be reliable, because the moment you install a single byte of "alien" code on a third-party's product, all the testing is completely invalidated. In a sense software like ML's would be treated by the original manufacturer as one giant bug.

You can expect absolutely no support from Canon if you're running other people's software, and no sympathy either. And you can understand why: not only do Canon not have any control over any foreign software installed on their cameras, but this represents a disruptive attack on their business model as well. Remember how we said that each new product is planned and fitted into the optimum place in the manufacturer's product hierarchy? Well, running software that means a camera costing a few thousand dollars can challenge another one in your range that costs five times as much is a situation that's not likely to be welcomed with open arms.

The risks of using Magic Lantern on Canon

But aside from all of that: how safe is it to run ML software on Canon hardware if you're using it for serious projects?

The real answer depends on how well you know the software and how it works with your camera. Ultimately using software like this in professional situations comes down to risk analysis and risk avoidance.

Why is it so risky? Because, brilliant though the whole Magic Lantern project is, it hasn't been tested to anything like the same extent that the original camera has been. Introduce your modified camera to a situation that the ML writers hadn't envisaged, and anything could happen - and I mean anything. This could range from a minor blemish in the picture to the camera destroying itself or even catching fire. If that sounds extreme, remember that the ML software makes cameras do stuff there were never supposed to do. Pushing raw, uncompressed video around a device that was only ever intended to work with highly compressed media means stressing components to their limits - and possibly beyond. Of course, we're playing devil's advocate here. We're looking at the worst possible case. In fact, we've always been impressed by the way that ML tries to avoid damage to your camera by making the software boot from an external card.

Just about the only foolproof answer to this is insurance. Obviously, you need professional liability insurance - you should have that anyway - but you need to insure yourself against failure of the camera and loss of material. In other words, you need to make sure that your business and reputation will survive if you have a catastrophic failure.

This isn't easy. If you absolutely must have raw images from a camera that doesn't support them natively then you're going to have to use ML. So there will always be risks. The performance of the camera is on your critical path. If it fails, the project fails. All you can do is understand the performance of the camera/Magic Lantern combination so well that you at least have the benefit of past experience to inform you whether what you're trying to do is likely to work.

Would I use ML for professional work? Only if I had the shoot covered with another camera - and cameras that can compare with the raw output of a 5D are expensive.

So it's expense versus risk. It's as simple as that.

But if I was making my own production, for fun, and perhaps with a more serious intent, then, yes, I probably would. Creating a piece of art with something that was never meant to be can only add to the fascination of the finished work.