4K screens are coming to Smartphones 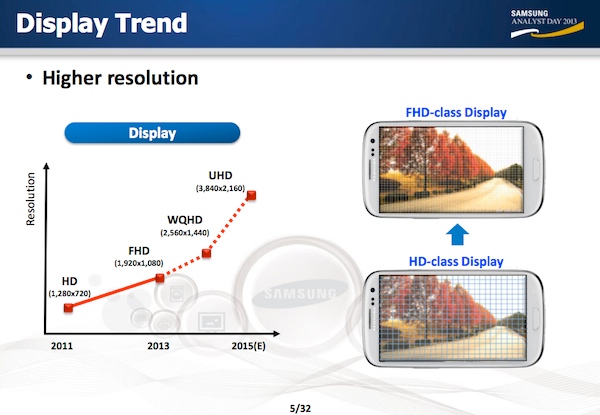 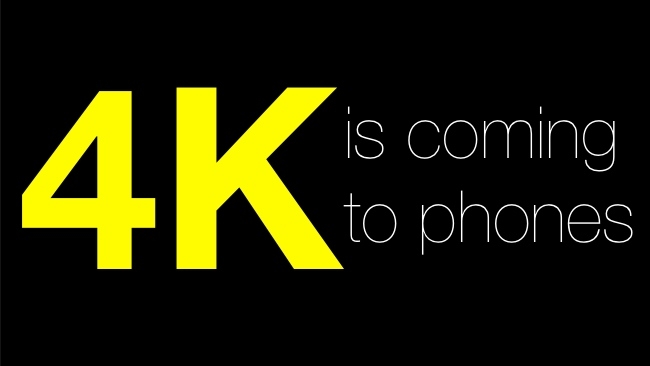 4K is coming to phones

I must admit that I feel no embarrassment whatsoever when I reveal that my smartphone, a Samsung Galaxy Note 2, only has 1280 x720 pixels. It looks pretty sharp to me, and well it might, because the average, cheap laptop that you can buy in the stores for around $350 has exactly that resolution as well on a screen that's three times the diagonal measurement and nine times the area.

So, I'm slightly underwhelmed at the prospect of getting the next generation phone that will have a full HD (1920 x1080) resolution. These, of course, are already in the shops, and can even shoot video at 4K.

Samsung are clearly not going to be content until you need a scanning electron microscope to discern the individual pixels because at a recent Analyst's Day, according to Android Beat, they are going to up their resolution. 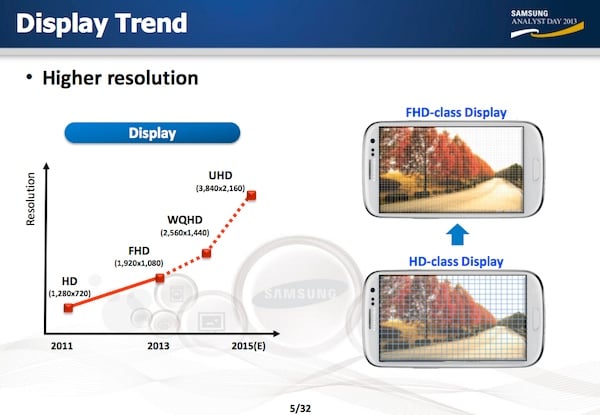 This will be, absolutely, a technological marvel, but unless our phones have 30" screens by then, or we get our eyesight seriously upgraded, it's going to be wasted.

Unless they can give it a nice HDMI 2.0 input, so that we can use it as a viewfinder.

Fold them in half

What's much more interesting, is that at the same event, Samsung announced that they're close to making phones that aren't just curved, but which you can actually fold in half - not like the old "clamshell" type phones, because on these new phones, the screen itself is completely flexible.

What this means is that these absurdly high resolutions will only be half as absurd because we'll be able to have screens that are still pocketable, but which will unfold to be twice the size.