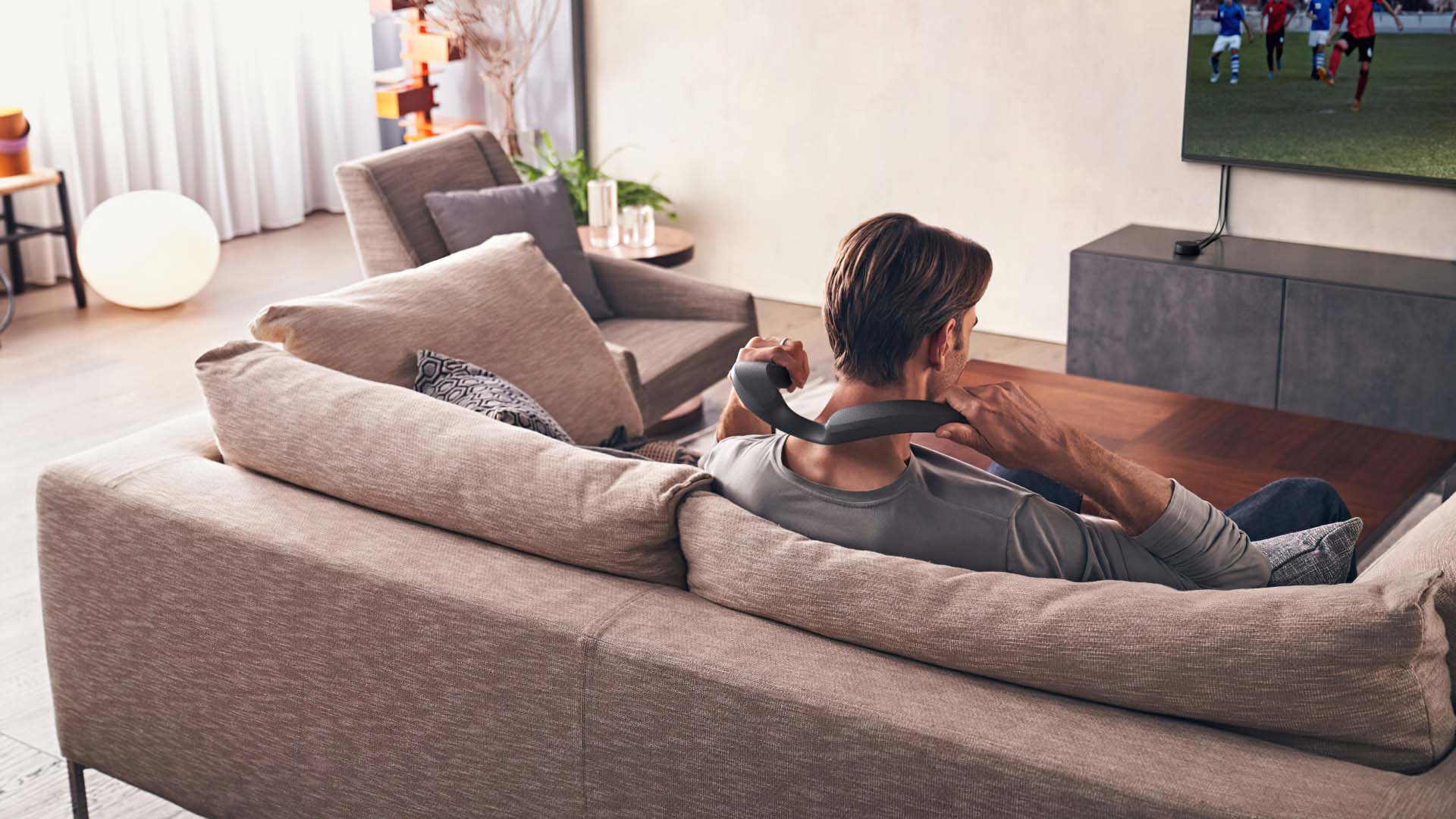 Sony's new SRS-NS7 Dolby Atmos speakers are worn around your neck and claim to give an ideal sound field tailored to your individual ears.

The SRS-NS7 system, which sticks to naming tradition by consisting of a random jumble of letters and numbers, is a sophisticated sound system that interfaces with Sony's Bravia XR series televisions.

Using the equally randomly named WLA-NS7 wireless transmitter, the new system claims to provide a full Dolby Atmos experience without the need to have a full room speaker system.

The system also supports 360 Reality Audio from mobile audio music services such as Deezer. Using Bluetooth, it can interface with laptops and smartphones to give a 2-channel stereo sound field. 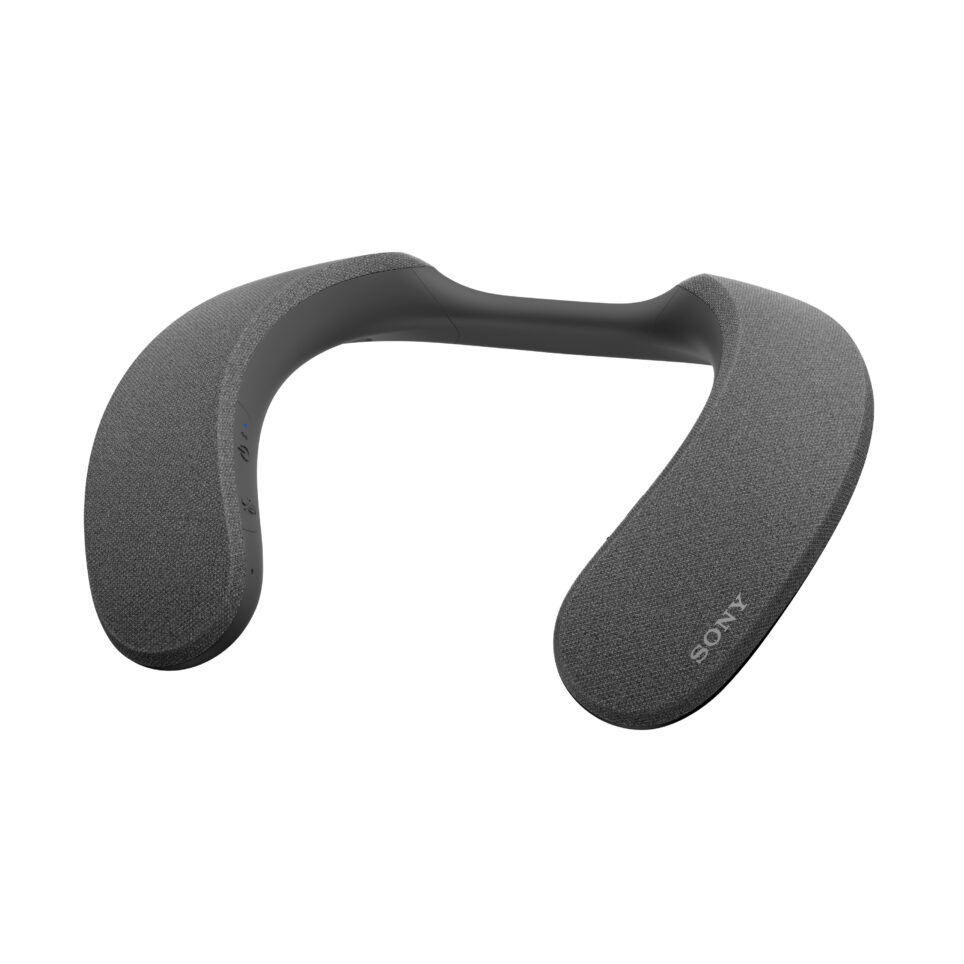 Sony says that the X-Balanced speaker unit delivers sound directly upwards into the user's ears, such that it can be used at night without disturbing anyone else nearby, while a passive radiator "increases low-frequency response for clear bass sound delivering thumping music sound effects and deep beats."

Apparently, a 360 Spacial Surround Personalizer app can be used to take photos of your ears so that your own unique hearing characteristics can be accounted for.

Power wise, the unit can provide up to 12hrs of runtime, with 5hrs possible at maximum volume. 10-minutes of quick charging via the USB-C port will give an extra 60 minutes of runtime. It is also splashproof to the IPX-4 standard.

Conveniently the NS7 can be connected to two devices simultaneously, so if you are listening to music or watching a movie on a tablet or phone when you should be working, and someone makes a business call to you on your laptop, you can switch over seamlessly to take the call, and then revert back to procrastinating immediately afterwards.

The NS7's have a silicone finish on the part that contacts the body, making them easy to clean, and commendably, less than 5% of the packaging is made of plastic.