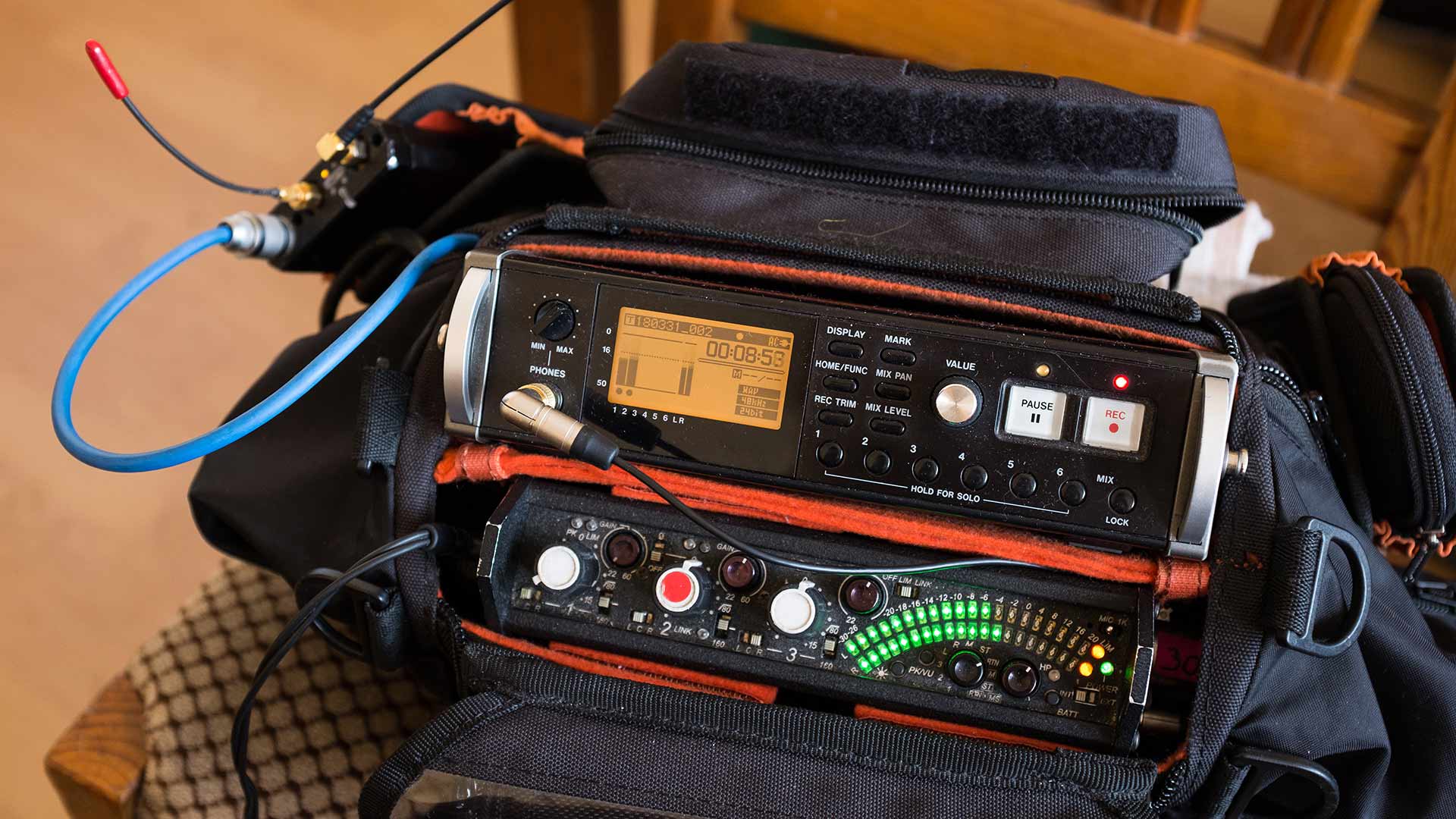 Audio is crucial to video. But it’s not always easy to get right. Here’s what I’ve learned.

I wanted to write about a few things I’ve learned over the years while working with audio. My background is in digital audio, from the early days when it was a novelty and only just becoming an accessible professional tool. In fact, I learned about digital audio first, because of my job, and only later learned about analogue audio techniques. Probably the wrong way round but at least it’s a different perspective.

I also wrote for the seminal recording magazine Sound on Sound in the late 90s to 2004. In the last ten years I’ve been mostly working with electronic instruments but I have learned from sound recordists and dubbing mixers. None of this is gospel, and rules are there to be broken, but here’s a few topics that I think are important.

Some things are obvious, but still need to be said. As evidence for this I would present Interstellar and The Midnight Sky. Both, in my view, have serious intelligibility problems. The problem, at its most basic, is that if you can’t hear what people are saying, then you can’t appreciate the film.

Against my better judgement, I first watched Interstellar on an airplane. I normally avoid doing this because the screens are terrible. This one was even cropped to 4:3. As you know, on a plane, it’s like sharing a room with four vacuum cleaners. It’s noisy at best, and it’s absolutely the worst place to listen to a soundtrack.

The problem with this film was that I couldn't hear what the leading actor,  Matthew McConaughey, was saying. Admittedly he was speaking in one of those dramatic film voices that you can only imitate by swallowing a cheesegrater, but not only was it growley and gravelly, but it was quiet too. So I didn’t know whether he was saying “we’ve got to get off this planet” or “we’re off to the isle of Thanet”. Clearly the denouement didn’t take place in Margate, but I was still left clueless about what was in any case a very confusing film. Ultimately, because I couldn’t understand the leading actor, I found the film unsatisfying and perplexing.

When I saw it again on a “proper” sound system, I was shocked to find that it wasn’t much better. The lack of intelligibility was intrinsic to the film.

The Midnight Sky is a more recent film. I think George Cloony is very talented, and people often say that I look like him, but why did he have to mumble through the entire film? I had to put the subtitles on.

My only advice is: if you can’t hear the actors, then you need to change something. Getting the levels right is the first part of this (see below).

Getting the levels right

Getting the right levels is easier if you think of it as information vs noise. Your task is to maximise the signal you want relative to the noise that you don’t want. Don’t go into distortion or clipping but also don’t set your levels so low that you’re not leaving enough space between your recording and the noise floor.

To make sure you get this right, make a test recording and play it back loud (not so loud that you endanger your hearing!). Can you hear the hiss and noise in the system? If you can you probably need to reposition your microphone closer to the person speaking. If you get too close, it can lead to clipping or distortion. Record too far away from the microphone, and you’ll include too much room noise. It’s always a balance. Use a “pop shield” if possible, which will allow your talent to get closer to the microphone. Also find a low-noise preamplifier.

There’s a simple trick you can use if you are recording a voice and you can’t afford to mess it up. Configure your system so that you’re recording into stereo from a single mic, or from two mics close together. Set the gain on one channel several dB higher than the other channel. Then, if you do go into clipping on the more sensitive channel, you should be able to cut in post production to the recording on the less sensitive channel, where, because the gain is lower, you haven’t gone into clipping.

Watch out for low frequencies

I sometimes think a sound mixer (the person, not the mixing desk) has an impossible task with today’s consumer setups. These can range from a fully-blown come cinema system to someone watching a video on an iPhone. These scenarios have wildly different audio capabilities. iPhone speakers are remarkable for their size but they’re always going to be missing several octaves of audio response compared to a subwoofer.

An easy mistake to make is to allow low frequencies into the mix that shouldn’t be there, but which you didn’t notice because your audio system doesn’t go low. I’m not just talking about bass guitars and double basses, but also air conditioning hum, mains hum, underground tube trains and random bumps and thumps from the set.

You should either filter out very low frequencies if they’re not relevant to your piece, or make sure you monitor your mixes with a subwoofer. I’ve noticed this problem many times on news broadcasts where the workflow doesn’t allow for “craft” audio editing. A sudden burst of ultra low audio can make you jump out of your seat if you’re not expecting it, and it’s just courtesy to check.

I’m a big fan of digital recording and, done well, it is more accurate than any analogue medium. But it can catch people out. One issue is that if you’re used to analogue recording, you need to learn that there is no forgiveness in digital if you run out of headroom. While some recorders have built in limiters - which I highly recommend - sometimes that safety measure is not available.

CDs and DAT tapes (remember them?) are and were 16 bit media. 16 bits is easily enough for reproduction with plenty of dynamic range. But if you’re understandably nervous during a live recording about going into digital clipping (i.e. using up all your bits) then you’re not going to want to record too hot. Which means that you are likely to be not recording hot enough, which in turn leads to a worse signal to noise ratio.

Luckily there is a commonly available answer with today’s technology, which is to record in 24 bit audio. This will give you plenty of headroom to avoid clipping and also to avoid recording too low a signal. At your mixing stage - when you know where the peaks are - you can bring the resolution back to 16 bits with no danger of peaking. You’ll end up with a well recorded 16 bit file that sounds almost indistinguishable from the original 24 bit recording.

One of the frustrating things about mixing multi-channel audio is that what might sound perfect in a multi-channel mix sounds awful in stereo or mono. Sometimes stereo mixes sound bad in mono too - as you’ll know all too well if you have a smart speaker.

There’s no way round this but to check to make sure your mix sounds OK in a lower channel count mix. If you fail to do this, you can lose parts of the spectrum, get muddy, indistinct bass, watery vocals and also destroy intelligibility, which is how we started this piece.

I hope these suggestions have been useful for you. Let me know in the comments if you have any other audio tips.