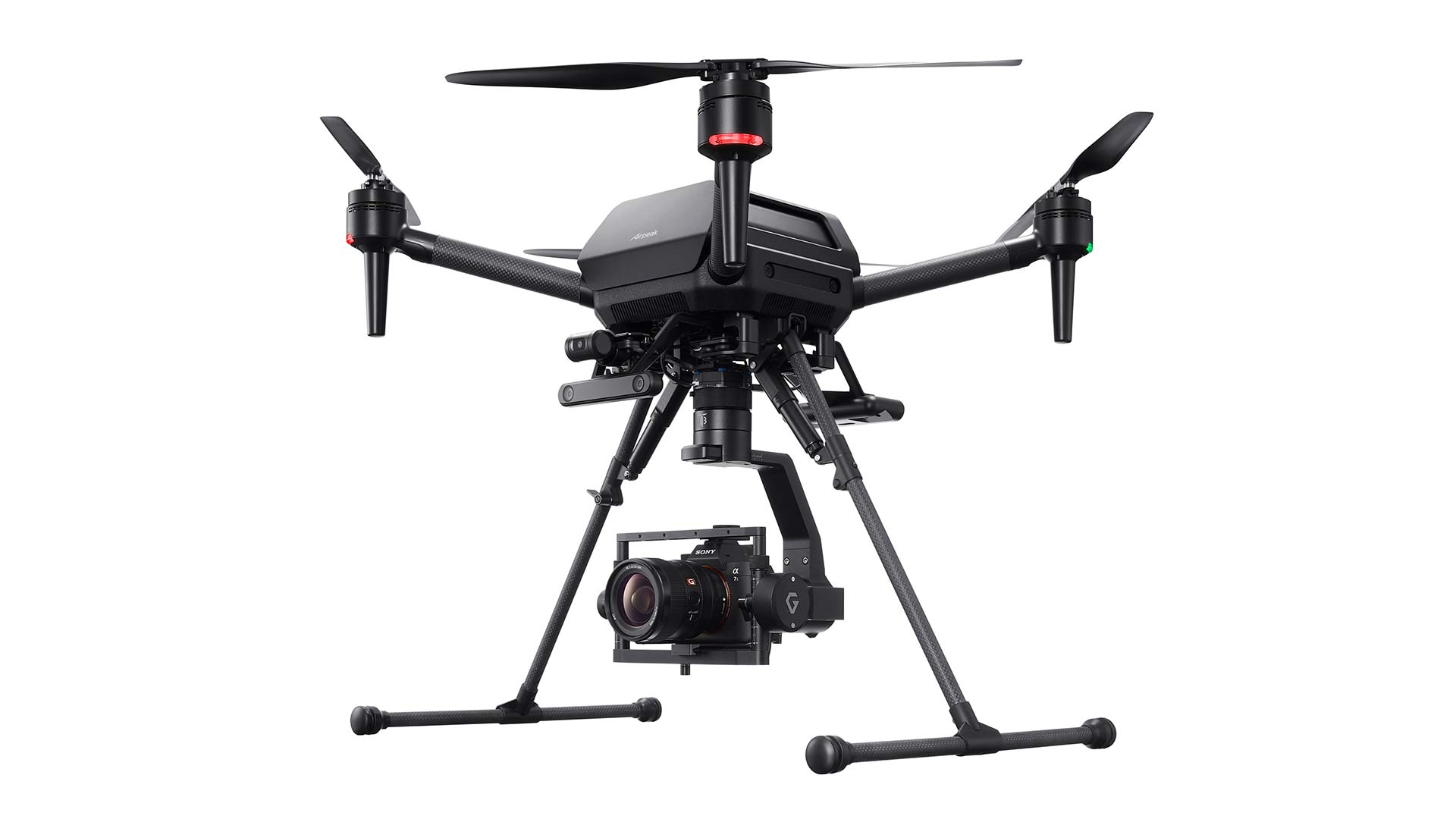 Sony has revealed its long-anticipated entry into the production drone market with the announcement of the Airpeak S1.

The Airpeak is destined for the high end of the drone market with its base price of $9000 and payload capacity of somewhat over five pounds.

Sony noted to us on our pre-announcement press briefing that Airpeak leverages Sony’s robotics legacy added to current imaging and sensor technologies to produce an aircraft that weighs under 10 pounds (4.5kg) and can be operated by either one or multiple operators. You might remember over 20 years ago Sony entered the robotics market with Aibo, the robot dog. While Airpeak isn’t overlaid with faux fur, it is nonetheless overflowing with features that producers would demand.

It’s got faster acceleration than my car, able to go from 0-50mph in 3.5sec. In wind tunnel tests, it could remain stable in the face of 44.7mph winds. But no discussion of drones can be had without reference to the DJI elephant in the room. Sony claims faster acceleration and wind resistance than the DJI Inspire 2. The Insipre 2 utilizes DJI’s own camera while Airpeak can accept any camera and lens combo up to the weight limit. DJI’s Matrice Pro does have a larger custom payload but in a considerably larger craft and requires two operators. 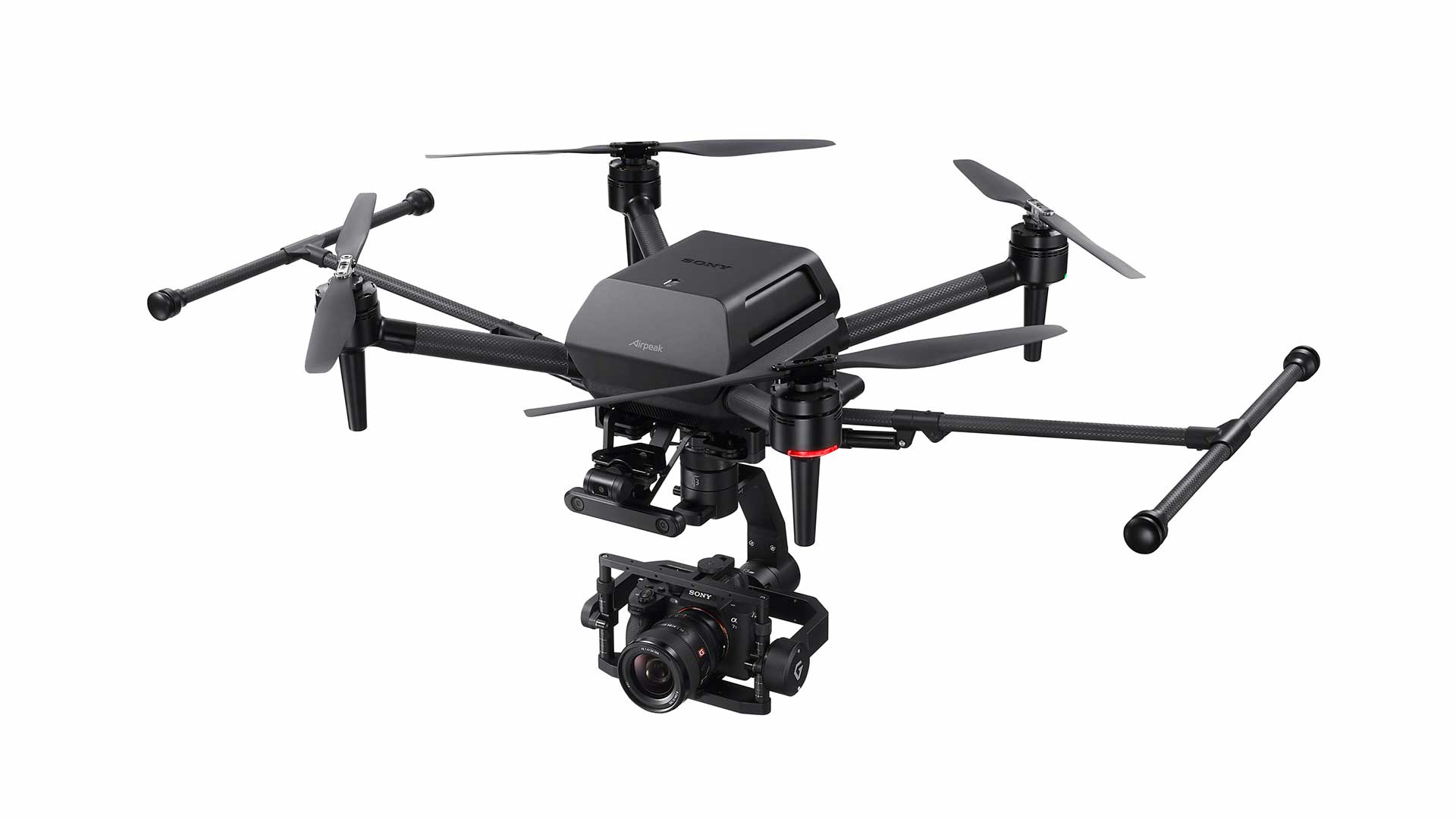 With its 5 stereo cameras and two IR range sensors, it has mapping and obstacle avoidance that one would expect but with greater sensitivity by dint of Sony’s sensor technology. For optimal weight and imaging, Sony recommends lens in the 14-85mm focal length range. The new 14mm f1.8 with its sub-1 pound weight is ideal for the Airpeak.

Details at this point are sparce. We do know that Airpeak comes with a controller and with the controller and an iOS app (Android not supported), the camera and drone can both be controlled by either device. Multiple operators can take advantage of either using multiple controllers or apps so that, for example, one operator could fly the bird and the other operator control the camera. Sony has made no announcements about signal range or about unlocking restricted airspace, something for which there is a procedure in DJI if, for example, shooting government work or other scenarios where FAA has approved use. 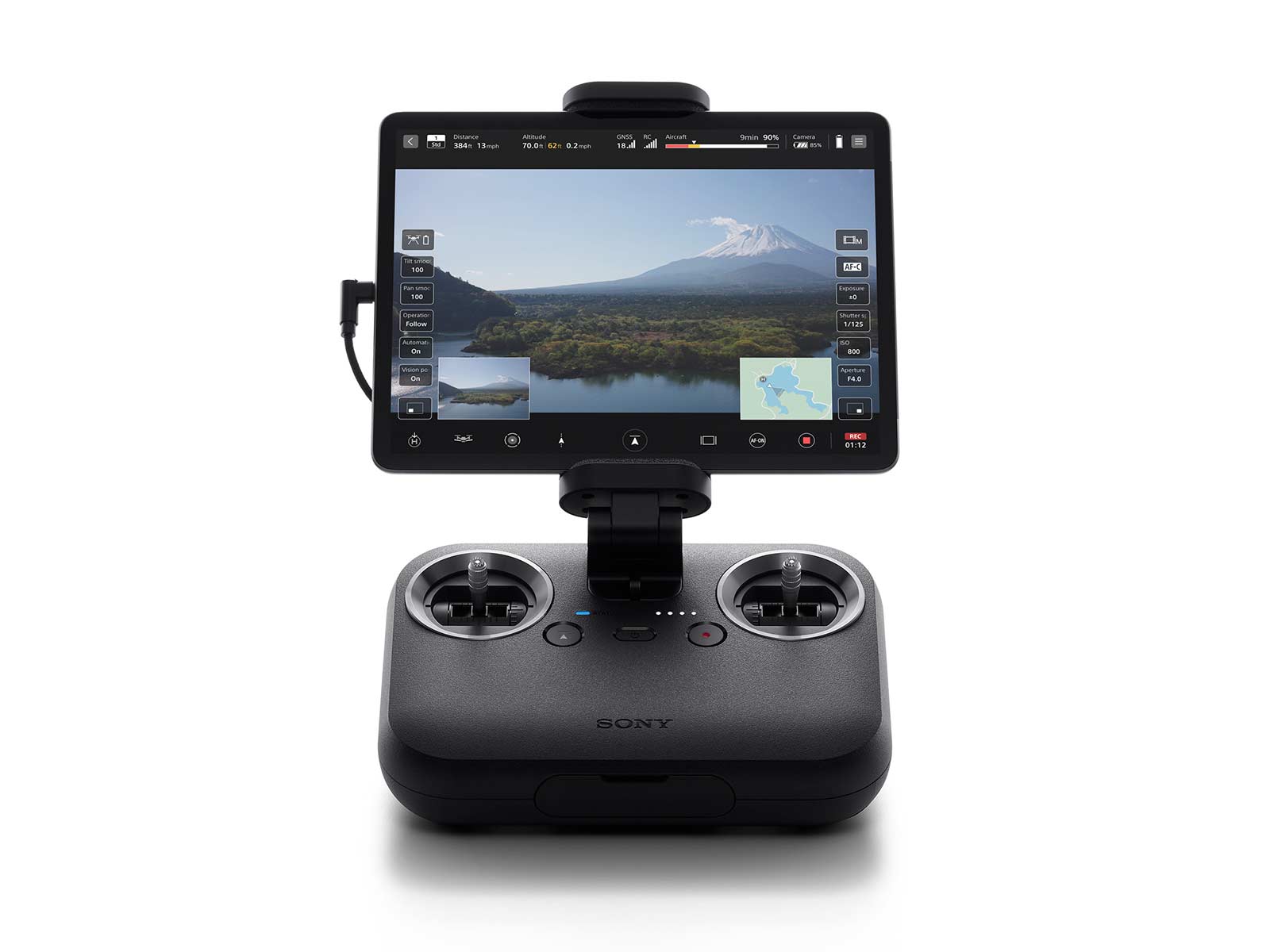 Airpeak Base and an extra-charge Airpeak Cloud service enable other features such as pre set definitions by GPS coordinates of flight paths and other tracking information for repeatable flight paths, valuable for multiple takes of a shot. And a flight log can be accessed for additional info or repeating the logged flight.

Options include a Sony custom version of the Gremby T3 gimbal. No pricing was available at this time but the stock Gremy T3 sells for $1750. Expect Sony’s customized version, which will connect to an Alpha camera via HDMI, to cost more. Other options will include additional controllers, batteries, and propellors (the drone is a four propellor device).

Mentioned in passing but certainly of concern these days is that the drone is manufactured in Japan rather than in China, for those who might have data security concerns.

We await further details but Airpeak 1 is scheduled for a Fall 2021 release.