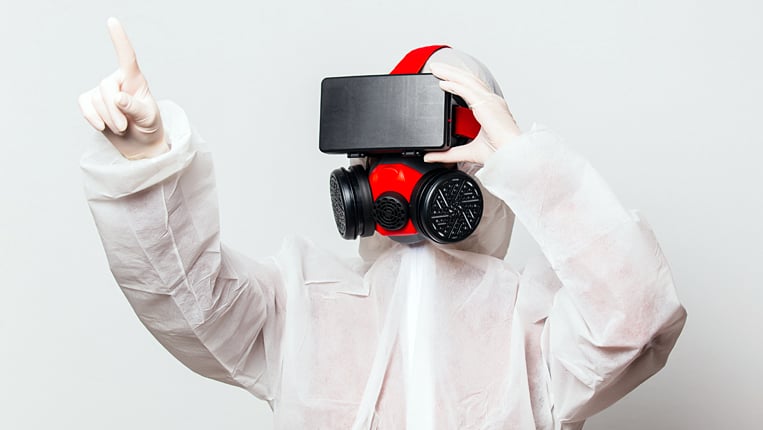 With the recent coronavirus outbreak, many things have changed in day-to-day life.  In the entertainment industry, most production has been delayed but even if new movie releases were available you can’t actually go to the cinema to watch them.  Sitting at home watching something on a TV or projector isn’t quite the same.  Does VR provide a viable alternative via the Bigscreen VR app?

I‘m always up for trying new things and new ways of working, so I thought maybe I’d bite the bullet and watch a movie in VR.

The Bigscreen app does have a number of films available to rent where you can sit in a virtual theatre, either with people or on your own and watch a film on the big screen.  For the admission price of £3.49, you can choose to watch a film all the way through in one sitting or in parts.  You have a 48-hour window and if you like you can enter and leave when you please.  Although it has to be said that, as screenings start on the half-hour mark, you can’t pick up exactly where you left off without some precise timing — there is no pausing available.  On the positive side, I was glad to see that there wasn’t much in the way of adverts before the film kicked off.

One interesting feature is that you can choose whether you want to hear those around you and exist in your own bubble or turn off all interaction.  The other option lets you sit in a cinema on your own and choose your own seat and move to a different one at any time.  If you are organised enough you can actually arrange to sit with friends and watch the film.  You can even arrange to sit next to each other and only hear what they are saying if you are in a public screening.  Of course, if they’re really annoying, you can turn off their audio too, that’s something you don’t get in real life!

Bigscreen has added a couple of features to the experience to make it even more like going to the movies.  You can choose to sit there with virtual popcorn and a drink — and even a tomato and throw them around!

But back to the serious side. Unfortunately, in the UK the number of films available to watch is severely limited.  At the time of viewing, only one film, Into the Wild, was available.  Each film is ‘on release’ for a week and I caught it on the last day it was being screened.  Unlike some other film streaming services, you won’t find any current or very recent releases here, even if you’re located in other countries.  That said, the choices are wider. Some 3D films are available — Top Gun, for example — but the choice is still very limited to only two or three films at any one time.

Sitting down and strapping on the headset, I was really unsure if I was going to like the experience, but, actually, the problems with the screening were not what I expected. Having most of your field of vision occupied by the screen, even with the restrictive headset on, is quite an experience. Yes, there are technical issues — resolution being one of them — as the screen door effect is quite pronounced. I was using an Oculus Quest, but your experience will vary according to which headset you use and even where you choose to sit in the auditorium.  Previously having used Bigscreen to watch some user-generated content, I was pleasantly surprised at the quality of the official film screening.  Whilst not quite HD, it was significantly better than the user-served content that you often find in the non-official screening rooms. Being an official Bigscreen VR screening meant that resources had been dedicated to the stream quality and in reality that’s what you pay for, as well as the licence to watch the content.

The bigger issues for me were actually motion portrayal.  This could be down to the interpolation or lack of between a native 24fps movie and the 80Hz refresh rate of the panels in the Quest. There is also a certain amount of anti-aliasing going on at the screen edges, although, depending on where you sit in the theatre, you might not see it at all if you choose to sit very close to the screen as the edges end up in your peripheral vision. 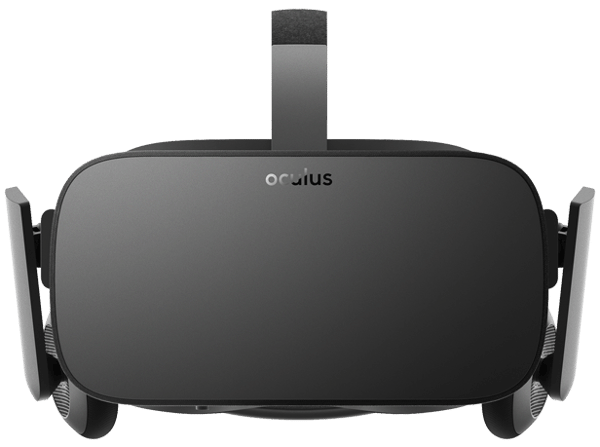 As an overall experience, it’s perhaps not the most comfortable way to watch films, as strapping a VR headset on and making sure it’s comfortable enough to ensure two and a half hours of film can take an enormous amount of finagling.  In fact, it’s almost impossible to find a position that works throughout the runtime of a movie, at least for me. As an experience though, I liken it to scuba-diving whilst having your mask glued to a laptop screen.  As a result, I didn’t manage to make it all the way through my film as the lack of comfort meant that at around 45 minutes I decided that I’d had enough.  Also, I think that the experience best suits a large, loud blockbuster, not the intimate film that I was watching.

Like all technologies, though, this is still in an emergent phase and given a couple of years, it might become a viable alternative, with a lighter headset, better resolution and interpolation of motion, things could change.  The lack of available titles is also a real issue, although it’s very early days. At the moment, though, a TV and comfortable chair really do beat it.

Thanks Bigscreen VR, nice try but call me in a couple of years.