SmallHD goes back to its roots with the Action 5 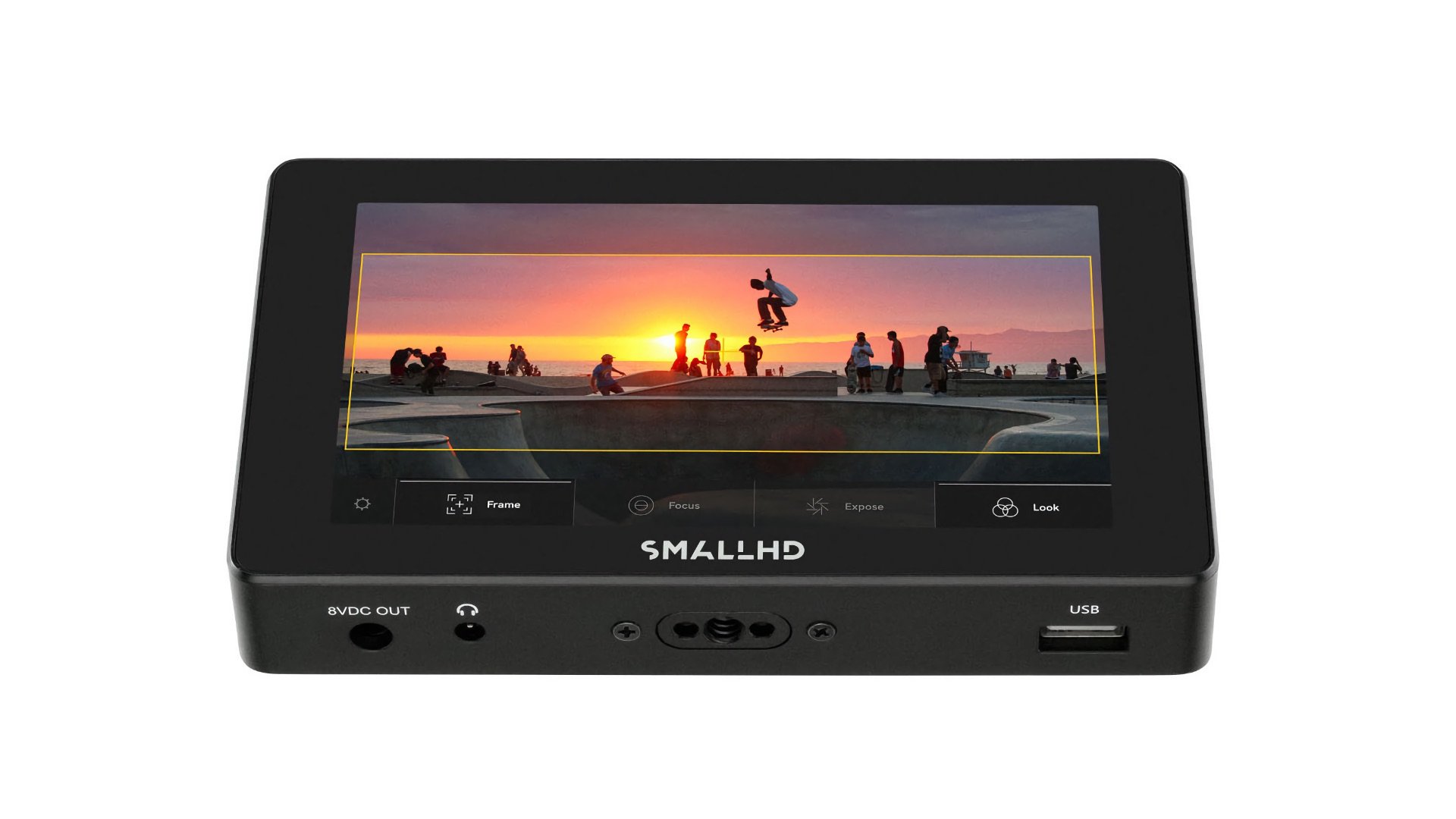 Phil Rhodes guides us through the announcement of a new 5.5in entry level touchscreen display from the team at SmallHD.

SmallHD has really good firmware on its displays. There’s no real way of making modern camera colorimetry simple, but the option to build configurations of test and measurement displays to one’s own requirements has always felt like a nice idea. That option is soon to be available in a smaller, more affordable package that raises memories of the early days of SmallHD as specialists in on-camera monitoring.

The company has announced the 5.5-inch Action 5 as an entry-level display with a somewhat simplified edition of its famous firmware. A large part of the value of the display will depend on how simplified that turns out to be. The information released suggests that it’ll be “based on” the user experience enjoyed by the company’s higher-end options, and it’s reasonable to hope for something fairly complete if only because there’s not much benefit for the company in cutting it down too much.

There are focus, exposure framing and “look” tools, which presumably means cubes. Firmware costs nothing to duplicate, so the limitation will presumably be in the willingness of the company to give features away, and the ability of the monitor’s hardware to present those features to the user. 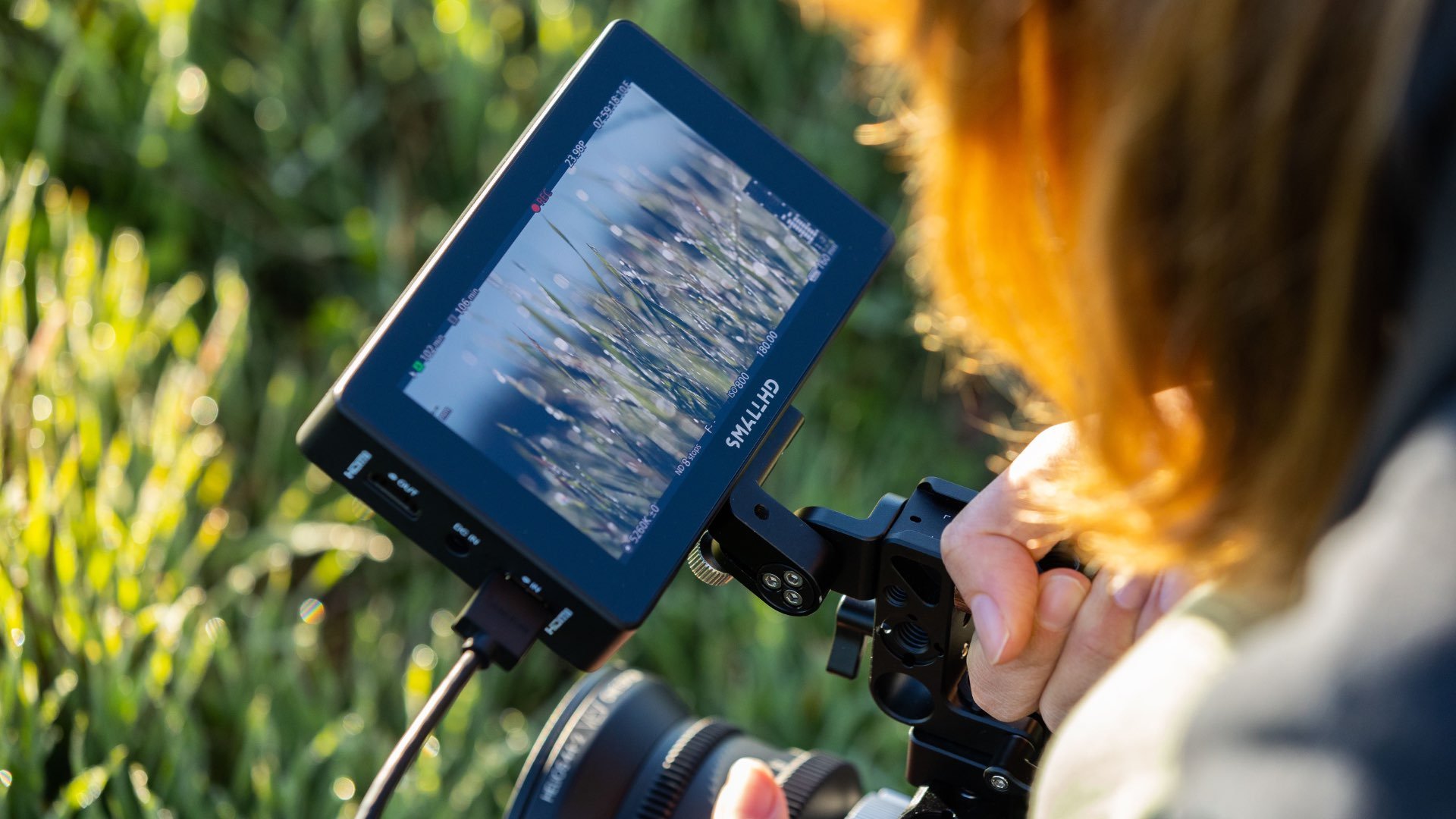 Other aspects of the spec are equally promising. The display achieves 2000 nits, making it fully daylight-viewable. Whether or not we really like touchscreens, given the inevitability of viewing the image through a smear of fingerprints, it keeps things simple and reduces the complexity of the display’s mechanical build. That’s one way in which the cost is visibly kept down; the other is the lack of SDI input, which means that while the Action 5 is likely to be suitable for stills cameras and other prosumer-oriented devices, it’s less likely to be ideal for higher-end cameras that may lack HDMI output, which does slightly puncture company claims that it might be a useful as a backup on higher-end work.

It’s certainly inexpensive. At a predicted price of $329, the Action 5 is massively less costly than the company’s $1700 503 display, practically half the price of the $600 Focus Pro that’s designed to accompany a Komodo, and less spendy by far than something like a TVLogic F-5A. That might just be the price of SDI, though. Possibly a closer competitor would be an Atomos Shinobi, which at $349, a mere $20 premium over the SmallHD, does include 3G-SDI but is half the brightness of SmallHD’s new entry-level contender (various places show various prices for things at this level and these numbers vary by as much as $20).

As ever, we’ll have a look at one when there’s a demo available, but there are already some niceties visible – there’s a power output marked 8V, presumably carrying whatever’s coming off the 7.2V LP-E6 or L-series battery, quarter-inch mounting points on all sides and a USB port, presumably for uploading things but also a potential source of (small amounts of) accessory power.

All in all it’s a value-oriented, five-and-a-half inch, Rec. 709 HDMI display, which puts it in competition with a very large amount of other things, but the name doesn’t hurt and with any luck the software will be enough to distinguish it.