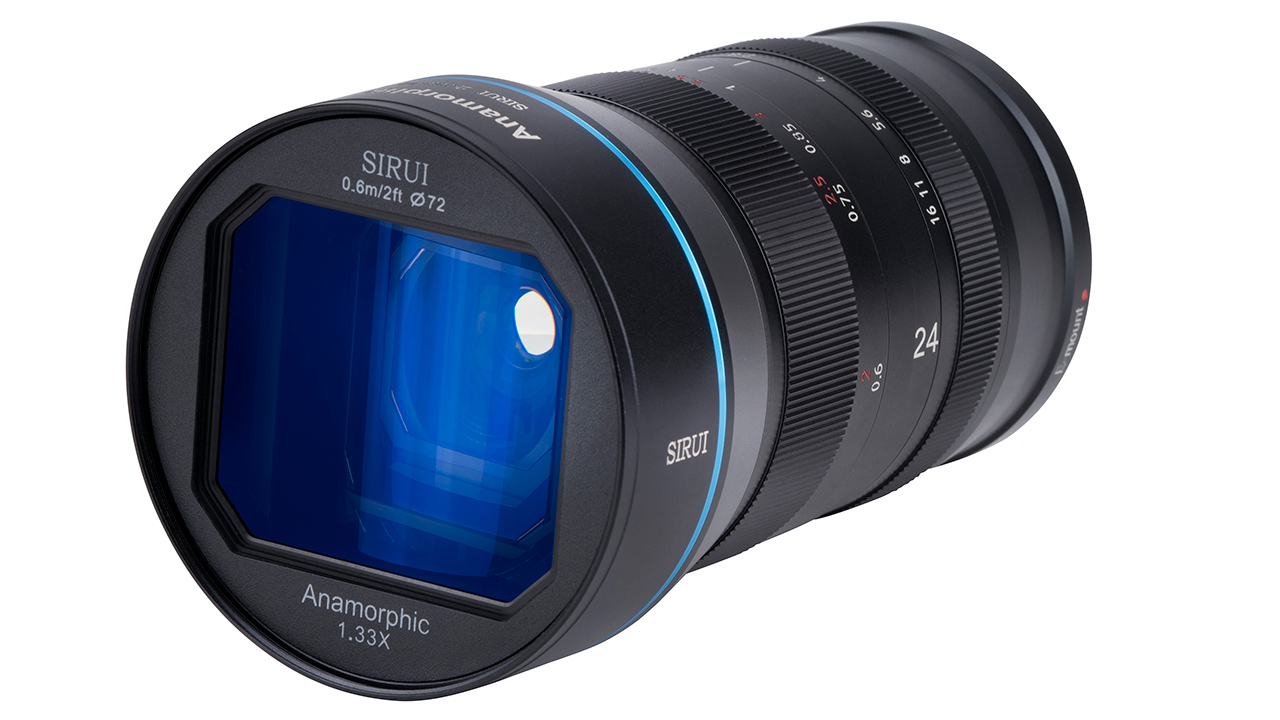 It seems we can't go long before another new anamorphic lens is announced. This time it's the turn of Sirui with its 24mm lens, which compliments the existing range of 50mm and 30mm models.

Recently, there have been rumours – unsubstantiated rumours, but anyway – that someone was offering a set of Hawk V-Lites for a price circa four hundred thousand US dollars. I mean, they’re nice lenses, but that sort of money creates practicality limits even for big shows. Are we safe to say that anamorphic is in style, and that there might conceivably be a demand for a lower-cost option?

That seems to be the conclusion reached by Sirui, which recently announced its 35mm option. At that point we discussed the idea that a lens isn’t part of a set until there are at least three in the range. That might have been a bit hasty, though, because the company has now announced a third, the 24mm, and the line doesn’t really feel complete. It’ll take an 85mm to do that, but to be fair that seems sufficiently likely to happen that nobody’s worried. 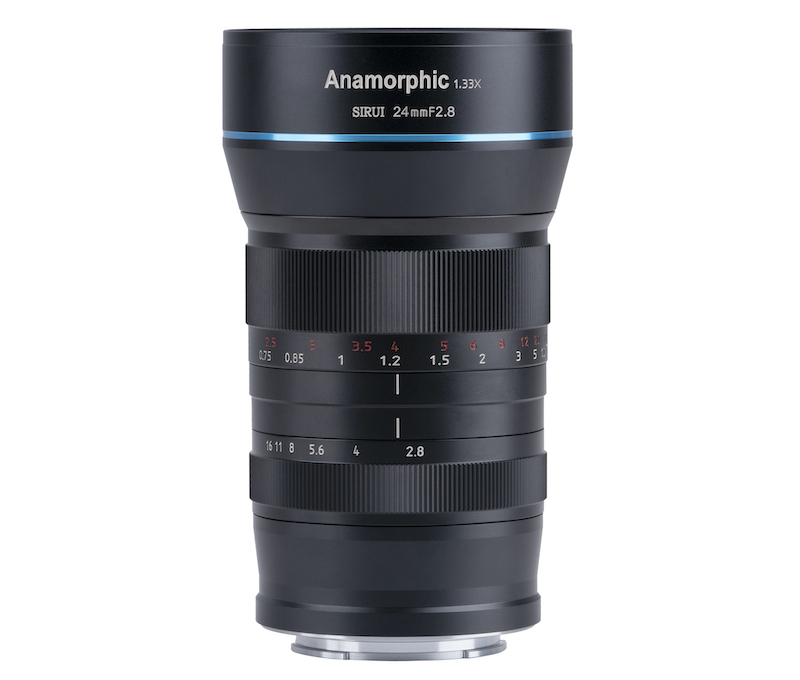 The Indiegogo for the 24mm has made nearly over four hundred thousand US dollars in an hour. At the time of writing, some of the choicer packages were still available, but the level of popularity is such that things may have changed by the time this makes the front pages. And, yes, the mere fact of this making the front pages may cause everything to sell out, but hey, that’s crowdfunding.

Let’s be clear; 24mm is a wide lens generally, and it’s a very wide lens in anamorphic. The widest Panavision C series – the classic with the blue and pink flares – is a 35, although the much more recent G series goes all the way down to 24, as does Cooke’s Anamorphic /i series. On a 2:1 lens, that’s wide enough to encompass nearby parallel dimensions if you line it up right, although it’ll be slightly less extreme on a 1.33:1 lens. Why are we making that comparison? Well, as we discovered when we tested the 50mm, the world seems to have come to the conclusion that “anamorphic” means “horizontal blue flares,” which is a contention with which Cooke, say, might take issue. Nonetheless, the Sirui anamorphics have been built to do it, if only by the careful inclusion of blue-coated glass. 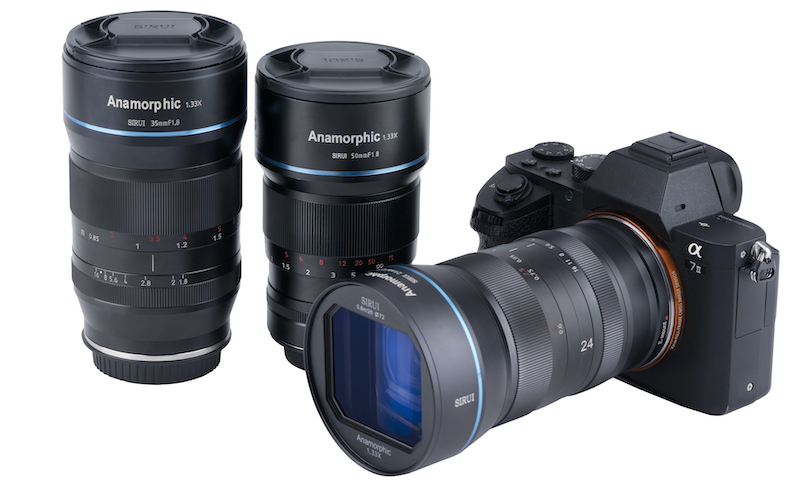 While Cooke has chosen to take its Anamorphic /i range all the way out to 300mm, the Panavision G series stops at 100mm, and as we’ve said it’d be nice to get an 85, something circa 100 or 105, and perhaps a 135, before Sirui can really consider its work done. It hasn’t been announced, but they’d be crazy not to. In extremis we might fret about some unanticipated issue of creating a longer focal length anamorphic for such a shallow mount, but really the shallow mount is supposed to make things easier, not harder. What’d be even nicer is if someone made something equivalent for less shallow mounts, but really the onus seems to be on camera manufacturers to move the sensor forward, or the mount backward, and give the lens people an easier time.

The new 24mm f/2.8 is broadly equivalent in size and diameter to the others and, happily, has a rather shorter close focus of about two feet. It’s the slowest of the three announced so far; the others open up to f/1.8. The company advertises E, EF-M, Z and X mount compatibility via adaptors, and APS-C coverage. The 24mm is currently available via Indiegogo for US$749, though prices may change as various support tiers are exhausted.