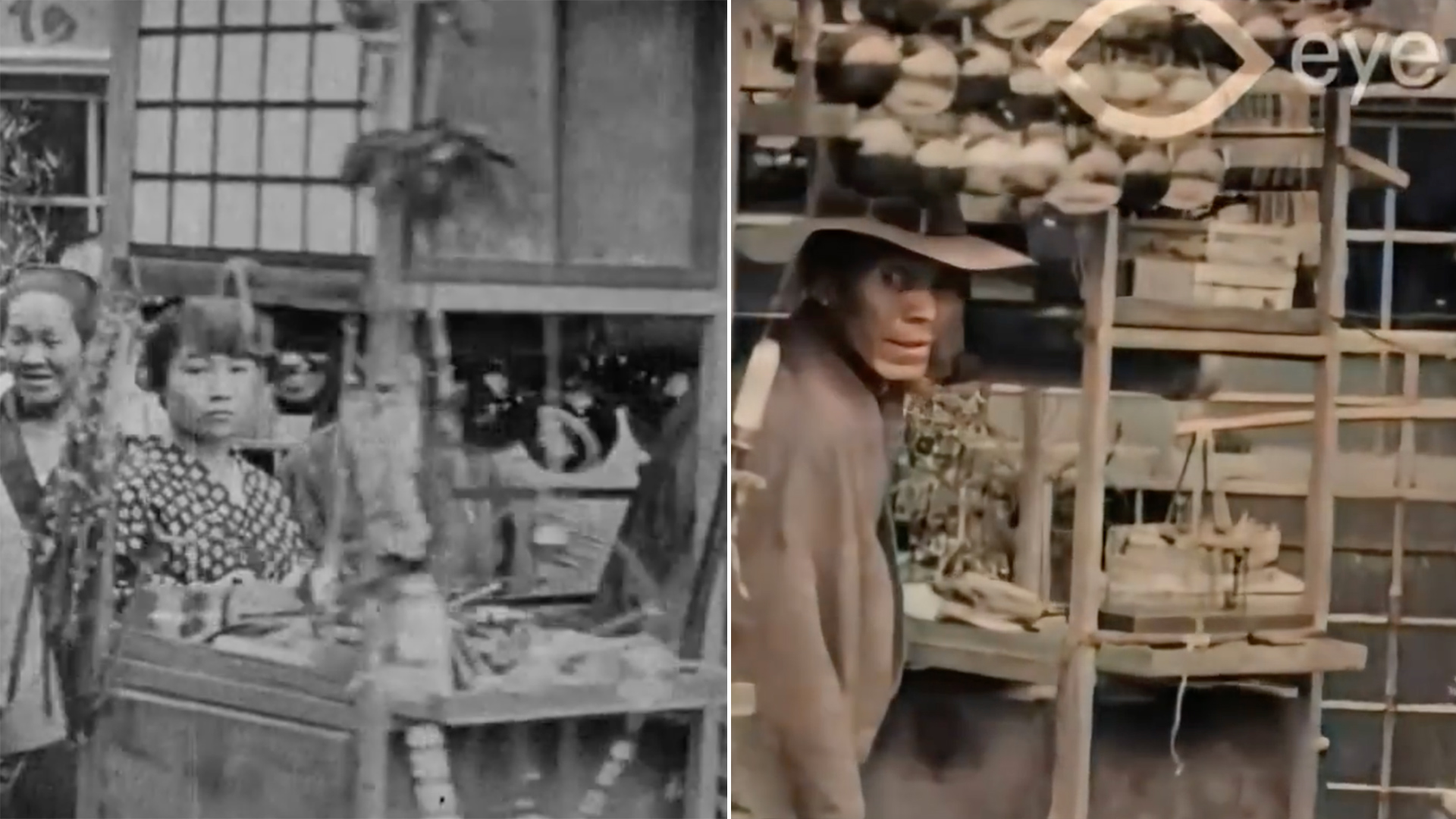 Replay: An interesting debate has begun about whether restoring old movies and enhancing them is respectful to history or not.

We’ve featured the work of Denis Shiryaev on RedShark in the past. Denis is known for his work restoring very old films, quite often taken at the turn of the previous century. Using AI his company not only takes out all the old scratches and dust, but they upscale them to 4K, increases the frame rate to 60 frames per second,  as well as colourising them.

Sometimes the result is incredible, and it lends the footage, to my mind at least, an immediacy that doesn’t quite load the emotions as much on the original footage. It often isn't perfect. Such techniques are incredibly hard to do, but they are improving all the time. For example some of the frame interpolation creates a warping effect that anyone who is used to using plugins like Twixtor or FCP X's Optical Flow will be painfully familiar with.

The problem with performing methods like this is that, aside from the technical flaws, in effect the videos are being faked. There’s no colour information in the original films, so it is an artificial approximation. Likewise in order to increase the frame rate this has to be interpolated, creating frames where there were none previously. Increasing the resolution means that the upscales has to ‘invent’ detail as well.

The results, while often very good, if we’re totally honest with ourselves, is in effect a simulation of the original film in many respects. It begs the question of whether knowing this makes the film less authentic or not?

The obvious knee jerk answer to this is ‘yes’. After all, a lot of the detail is being invented by an AI system. However, because the results are often so good, the actual experience of watching them ‘feels’ more authentic, more immediate, more real, and yes, more relatable.

Here's an example restoration of a film taken in Tokyo between 1913-1915. I have also provided the original film with sound ambience added by Guy Jones below it.

Should we restore and enhance old films?

The bigger question is whether or not it should be done in the first place. According to a recent Wired article some historians are up in arms about such restorations. The article quotes one academic, Luke McKernan, in response to Peter Jackson’s Thou Shall not Grow Old, a restoration, upscaling, and colourisation of WW1 footage, who wrote, “Colourisation does not bring us closer to the past; it increases the gap between now and then. It does not enable immediacy; it creates difference.”

He went on to write, "We should be inviting them to look at the films as they were made and through that effort to appreciate them for what they are, and what they meant in their time."

It’s an interesting thought, and one that I fundamentally disagree with, as long as it is transparent that such restorations have been done. Beware, I’m about to give a car analogy, although it could be applied to any restored classical engineering.

Often when vintage cars are restored, particularly if they are extremely rare, most of the bodywork has to be made from scratch. Sometimes the chassis frames need to be reconstructed. The aim of the restorer is to keep as much of the original vehicle as possible, but oftentimes there does need to be a lot of newly created parts added.

There are now many replica Spitfires in operation, most built or restored by Historic Flying Limited. Some of these are original aircraft, while some of them have been built with a combination of salvaged parts and newly built ones. New engines power many of them. In other words in many cases the finished aircraft never fought in WW2, nor did they even exist until recently. Does this matter to us when one of them performs a flyby? Not one jot. Despite us knowing that the aircraft is a reconstruction it still brings us a feeling of connection to the past.

As long as there is an original version of the film preserved, or scanned in its original form, I stand by my assertion that good upscaling and colourisation gives us a much more relatable view of the past than a grainy, difficult to watch original. Although I also understand why others disagree.

My assertions may seem simplistic, but there is no objectively right or wrong answer to this.