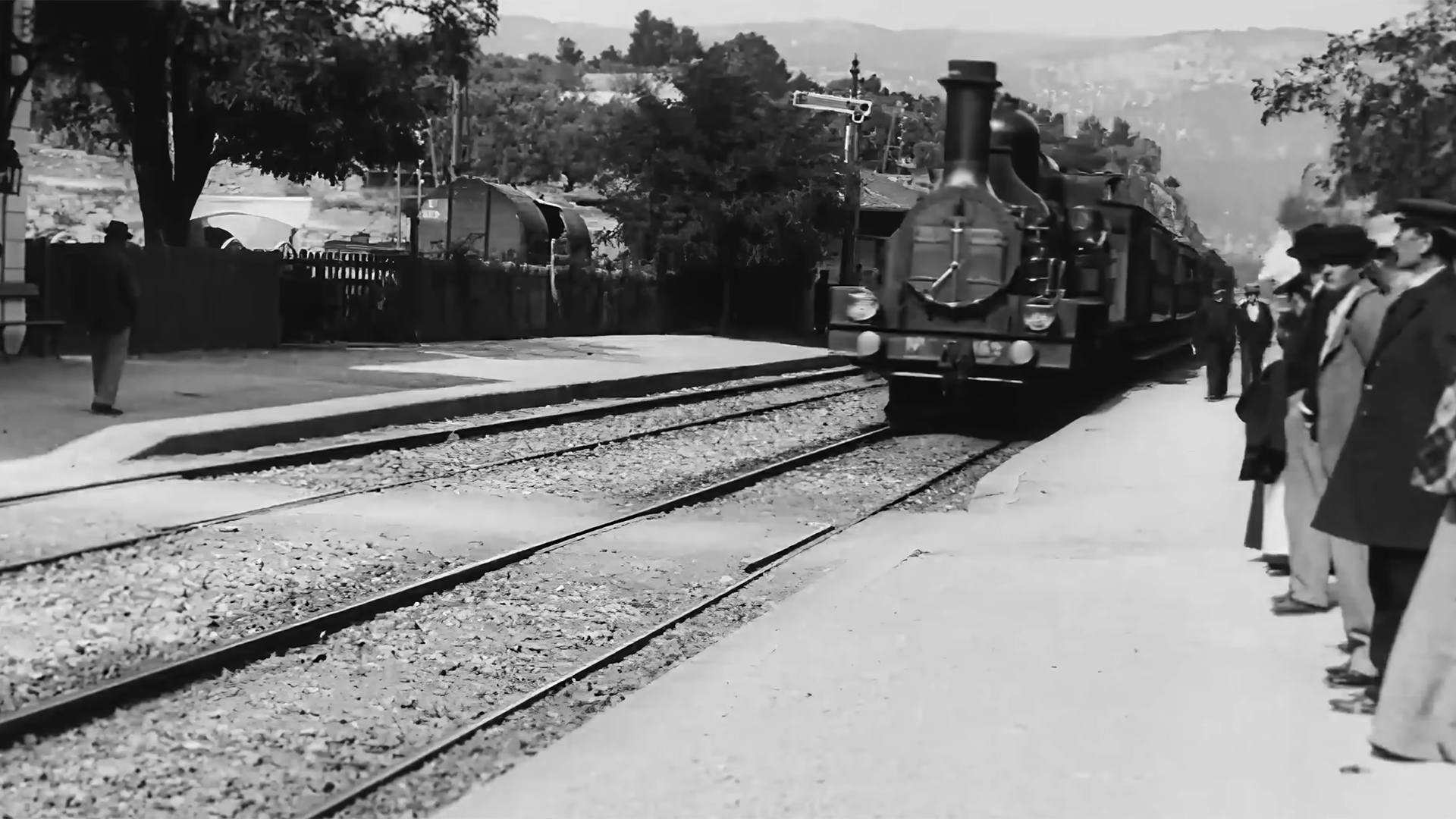 It’s one of the most iconic films in all cinema, a 50-second shot of a train arriving into a station, now resurrected in 4K using Artificial Intelligent interpolation.

‘L’arrivée d'un train en gare de La Ciotat directed and produced by Auguste and Louis Lumière made its debut in 1896. It was filmed using the Cinematographe, an all-in-one camera, which also serves as a printer and film projector and was remade in the 1930s by Louis in stereo 3D – a moment to which Martin Scorsese paid homage in the opening sequence to his 3D feature Hugo.

In much the same way that Peter Jackson breathed new life into footage of the first world war with his documentary They Shall Not Grow Old, the grainy stuttering film footage has been restored, upscaled to 4K and uplifted to 60 frames a second.

YouTuber Denis Shiryaev had the idea to put the footage through a pair of AI programs, DAIN and Gigapixel AI. Both are forms of video frame interpolation which aim to synthesize non-existent frames in-between the original frames.

The former (Depth-Aware Video Frame Interpolation), imagines and inserts frames between the keyframes of an existing video clip and added enough frames to increase the rate to 60fps. Gigapixel AI “analyzes the image and recognizes details and structures and 'completes' the image” according to developer Topaz Labs.

Shiryaev has added in some sound for good measure. While the result is certainly cleaner and captures the unnerving feeling of watching something filmed a century ago as if it were yesterday, it’s not perfect either. There are jumps and odd ripples but if someone were to do a professional job on, say, Chaplin's first masterpiece, The Tramp from 1915, or to polish other historical film artefacts, then algorithmic assistance might be the most economical way to do it.

A.I has previously been used to restore Orson Welles’ unfinished feature The Other Side of the Wind. Originally made in the 1970s but unreleased, the film has had its resolution improved for release on Netflix in 2018.

“AI can create art,” says Alex Zhukov the chief technology officer of Video Gorillas whose A.I tools were used on the project. “The real question is when AI will create art that is indistinguishable from that of a human.”