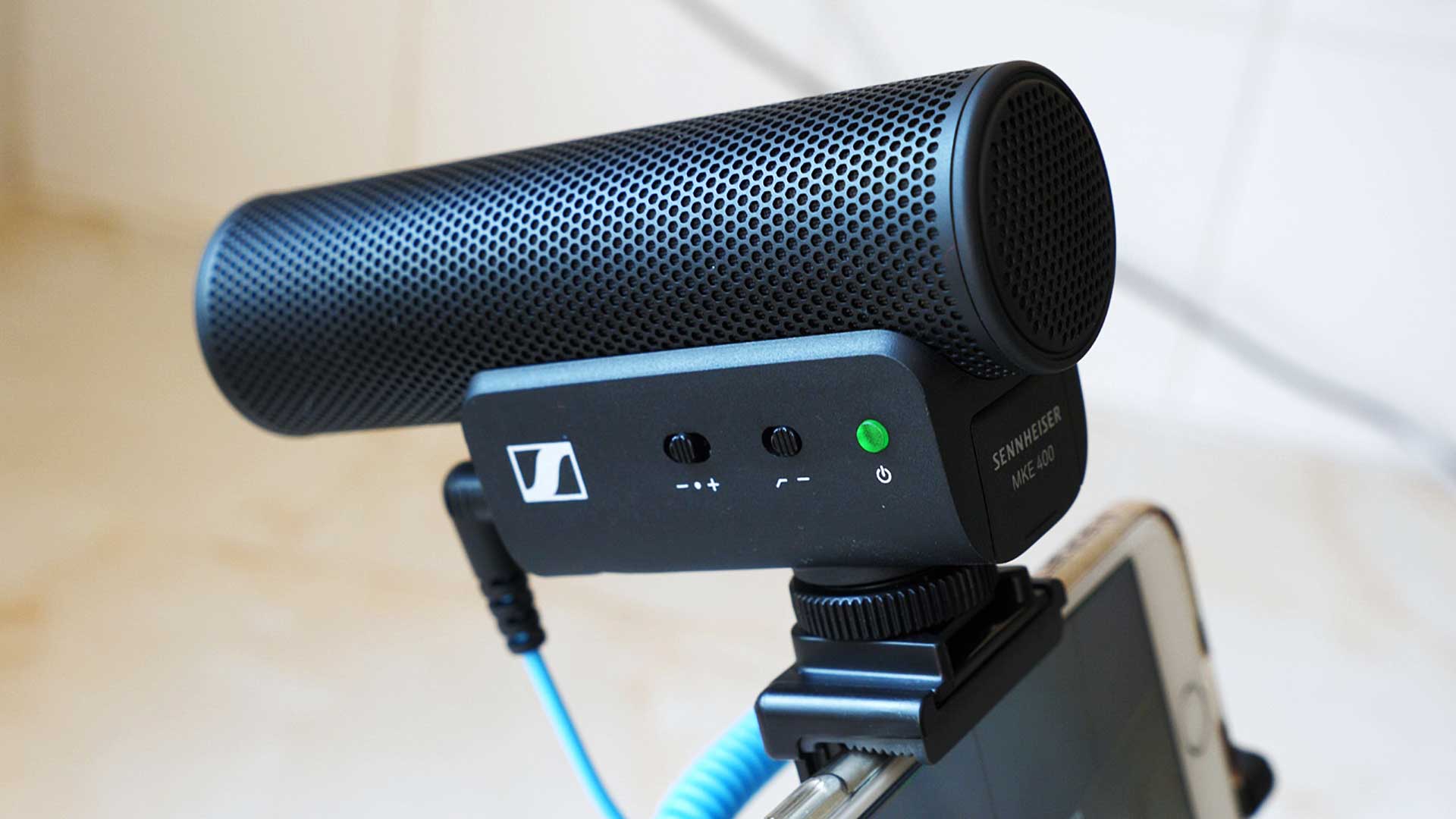 Nigel Cooper takes a good look, and a listen, to the Sennheiser MKE 400 mic in this review. We think he likes it!

I recently took delivery of a Sennheiser MKE 400 super cardioid on-camera shotgun microphone, which retails for around £179 ($199 USA).

There’s not really much I don’t like about this mic so I’m just going to jump in and rattle off the good stuff. First, I love this new design for the internal suspension mount system. It has a cylindrical tube and the tiny rifle mic is mounted on the rubber suspension system inside, out of sight. This looks great, works great and also means it doesn’t bounce about and bob up and down like a comical elongated rubber, well, you know what… on top of the camera while you run-and-gun it. 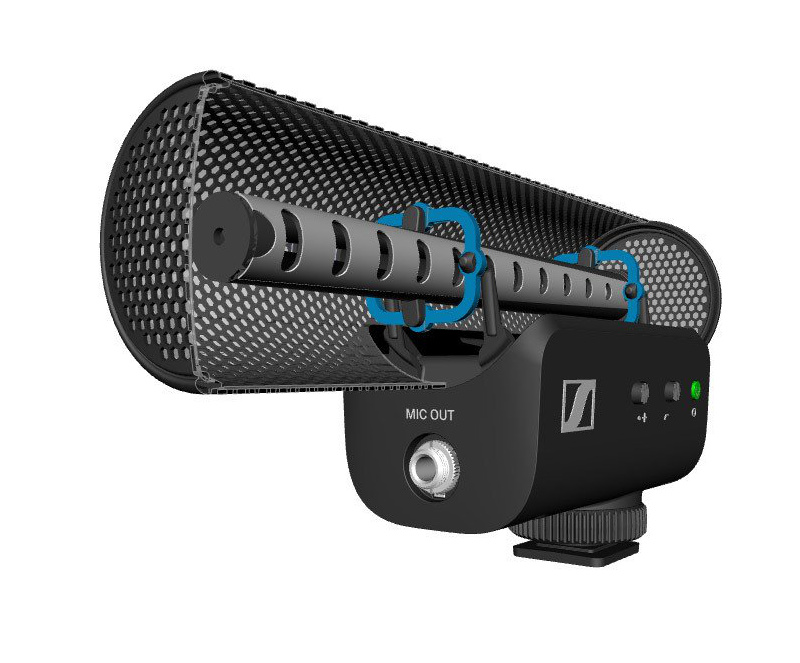 Next up is the unusual, but very welcome, headphone jack socket with its own volume rocker control so if you’re using the mic on say a newer iPhone and don’t have a free headphone socket there you can plug your cans directly into the MKE 400 for latency-free monitoring – nice!

Then we have the 3-stage gain pad that allows you to switch from –20dB of gain to 0dB in the middle setting or +20dB in the + setting. The only other button on the mic is a tiny on/off button that lights up green when you press it to indicate that it’s on. Good news here, if you forget to turn it off (which is done by keeping the button pressed for 3 seconds) when you turn your camera off the mic automatically switches off, as it does if you simply unplug it from whatever device it is connected.

On the back of the MKE 400 is a door to put in two AAA batteries, which give 100 hours of usage and on the front of the mic is the mic output socket, which uses Sennheiser’s famous locking system so the cable won’t accidentally pull out during use.

In the box you’ll fine the mic, a drawstring pouch to keep said mic in, a rather nice dead cat, hmmm (ok, windjammer for the younger generation), a high quality coiled TRRS to TRS cable and a TRS to TRS cable and included AAA batteries.

Regarding the sound quality, well, what can I say, this little shotgun mic has been designed to be placed onto the hotshoe/coldshoe of a DSLR/Mirrorless camera or iPhone, iPad etc so the sound is never going to be as good as using a dedicated lavalier mic clipped onto your lapel. However, for those instances where a Lav mic can’t be used I believe the MKE 400 is about as good as it gets in this price range. The 3-stage Gain setting helps get a decent level of audio into your device, especially at +20dB and the noise floor is also respectable when it’s engaged. I was standing about 7 feet away from the mic when doing a few tests to camera and I found with my Panasonic GH5’s gain set to 0dB and the Sennheiser MKE 400 dB pad set to the + position I was peaking just were I needed it to be and, as far as on-camera rifle mics go, the MKE 400 is definitely one of the better ones in this price band.

The Low-cut filter switch on the MKE 400 does a nice job though I felt it perhaps rolled off a ‘trifle’ too much bass but I can understand why they tuned it that way as it means it will be really efficient at rejecting air conditioning unit drones and those horrible blasts of bass rumble you get filming outdoors. I guess the low-cut switch will also be seriously effective if you happen to be recording Sam Elliott, Stacy Keach or Morgan Freeman.

Overall, for the money, it makes worthy competition for that other well-known Australian on-camera mic maker.

I have filmed some audio tests with the Sennheiser MKE 400 both indoors and out. To see that YouTube video watch below.