Scientists observe light behind a black hole in new breakthrough 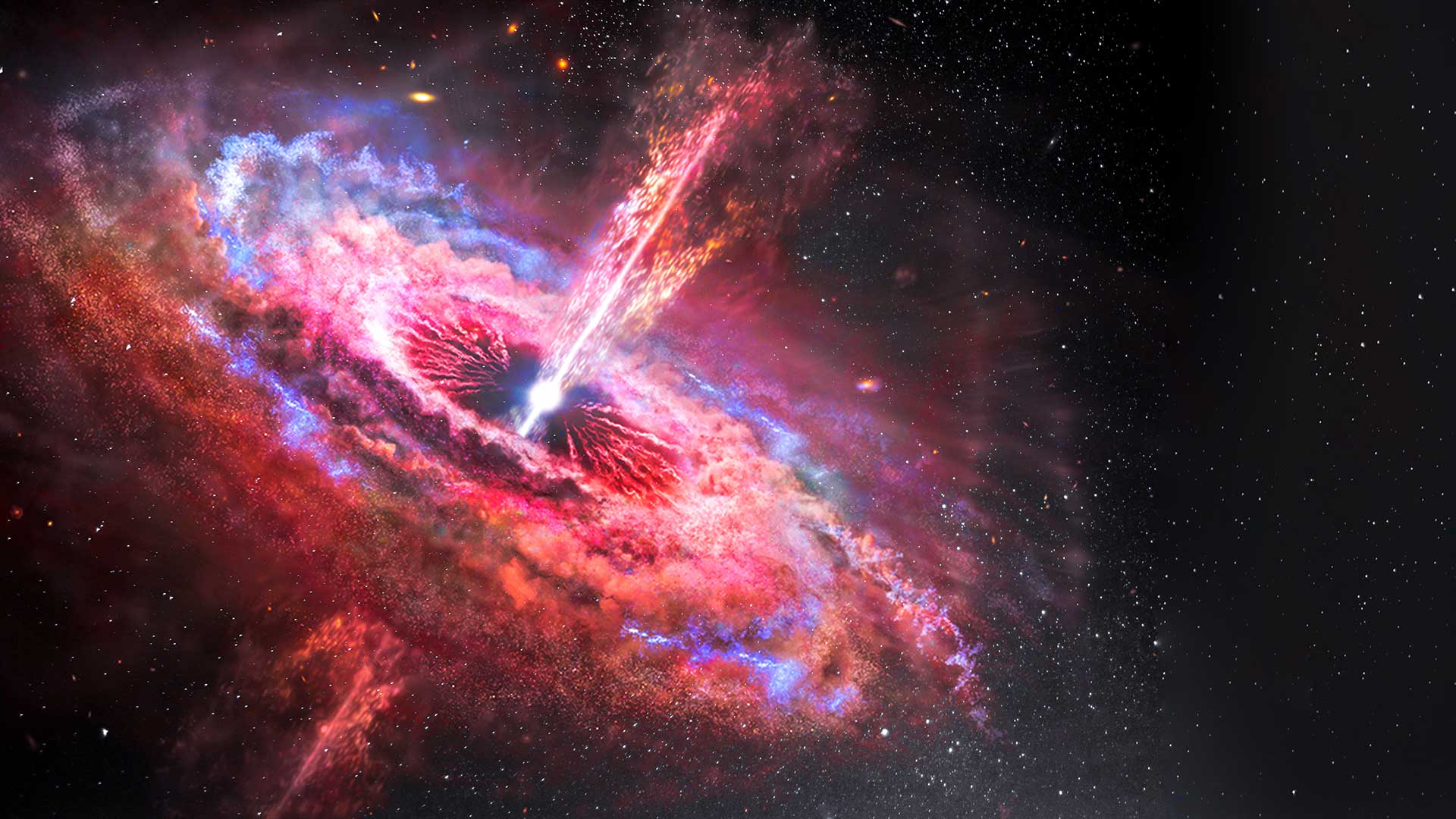 2 minute read
Scientists have observed light on the far side of black hole for the first time. Image: Shutterstock.

In a first for science, light has been observed behind a black hole for the first time, and it proves a prediction within Einstein's theory of general relativity.

An international team led by Dr. Dan Wilkins from the Kavli Institute for Particle Astrophysics and Cosmology at Stanford University, along with researchers from Saint Mary's University in Halifax, Nova Scotia, the Institute for Gravitation and the Cosmos at the Pennsylvania State University, and the SRON Netherlands Institute for Space Research, made the discovery while focussing on a Black Hole within a galaxy called Zwicky 1, about 800 million light years away.

The scientists used the European Space Agency's XMM-Newton and NASA's NuSTAR space telescopes to observe the black hole, which is 10 million times more massive than our own sun. They were observing the gamma rays and X-Rays that were being flung out into the galaxy by the black hole as they are superheated by the intense gravity when they started to notice something very unusual.

The observation was completely unexpected, and in fact the team was observing the black hole for a completely different reason, instead trying to discover the secrets of the black hole's corona, the nickname for the X-Ray light that surrounds the black hole's event horizon, and how it produces such bright flares.

According to the ESA "Astronomers think that the corona is a result of gas that falls continuously into the black hole, where it forms a spinning disk around it. This gas disk is heated up to millions of degrees and generates magnetic fields that get twisted into knots by the spinning black hole. When the magnetic field gets tied up, it eventually snaps, releasing the energy stored within it. This heats everything around it and produces the corona of high energy electrons that produce the X-ray light." 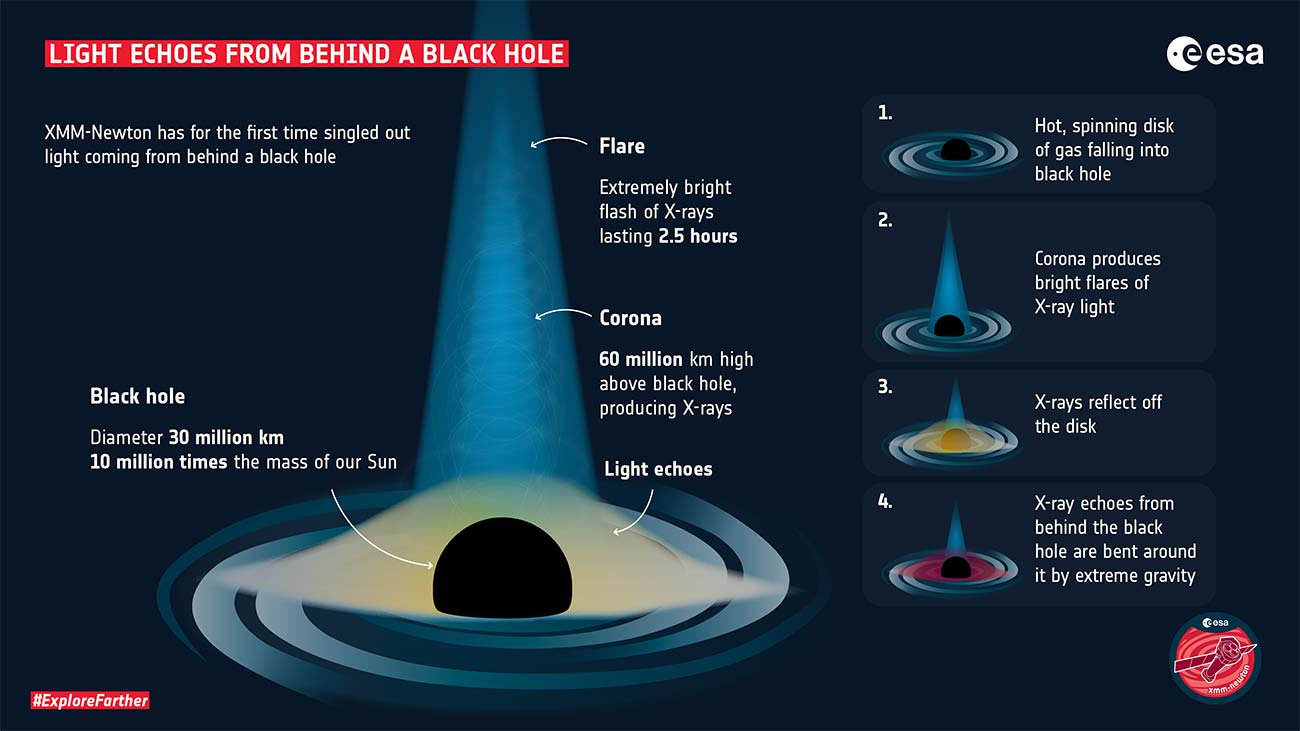 Wilkins observed that there were fainter flashes of X-rays that were a different colour, and also that they were occurring on the far side of the black hole. As anyone who follows science even casually will know, light cannot escape a black hole. Wilkins noted "The reason we can see that is because that black hole is warping space, bending light and twisting magnetic fields around itself."

These fainter X-ray flashes were the result of some of the X-rays from the initial flare shining down onto the disc of gas that was falling back into the black hole. They were the echoes of gas bouncing off the gas on the far side of the black hole that were made visible to the telescopes, after a delay, due to their light being bent around the hole by the intense gravity. The scientists were able to confirm where the light was coming from due to the way that the gravitational pull altered the colouring. Additionally it gave the scientists some insight into the processes that were taking place on the other side of a black hole for the first time.

Einstein predicted the ability for the gravity around a black hole to bend light back in 1916, however it has never been proven from the point of view of actually observing the phenomenon, until now.

By using this new observation researchers hope that they might be able to produce a 3D map of the black hole's surroundings. Much more detailed data should arise from the European Space Agency's forthcoming X-ray observatory, Athena, which is due to be launched in 2031. This will give scientists the ability to see things in much higher resolution, and much faster than they can presently.

The full paper outlining the discovery was published in Nature.