Rycote has teamed up with Gitzo for newly designed boom poles, and released a brand new quick connection system for soundies who like to work fast.

There’s a lot more to boom poles than meets the eye, and for a sound op they aren’t just a stick with a mic on the end of it. Poorly designed boom poles can rattle at the interconnects, transmitting the sound into the audio. Badly arrange internal wiring can cause very similar problems. Then there’s the lightness and stiffness. A lightweight pole is desirable for obvious reasons, but with that can come a lack of rigidity. Who’d have thought designing a stick was so complicated?

With those factors in mind Rycote has announced a new range of carbon fibre boom poles, designed in conjunction with tripod maker Gitzo. This has enabled Rycote to produce a pole that has incredibly smooth glide for the tube interconnections and a better locking system, while reducing any chance of rattle. The new interconnects are apparently fast to use, with only a quarter turn needed to unlock them. There’s also an anti-twist system that prevents the tubes from rotating when they are unlocked. This system can also be fully user dismantled for cleaning and maintenance. 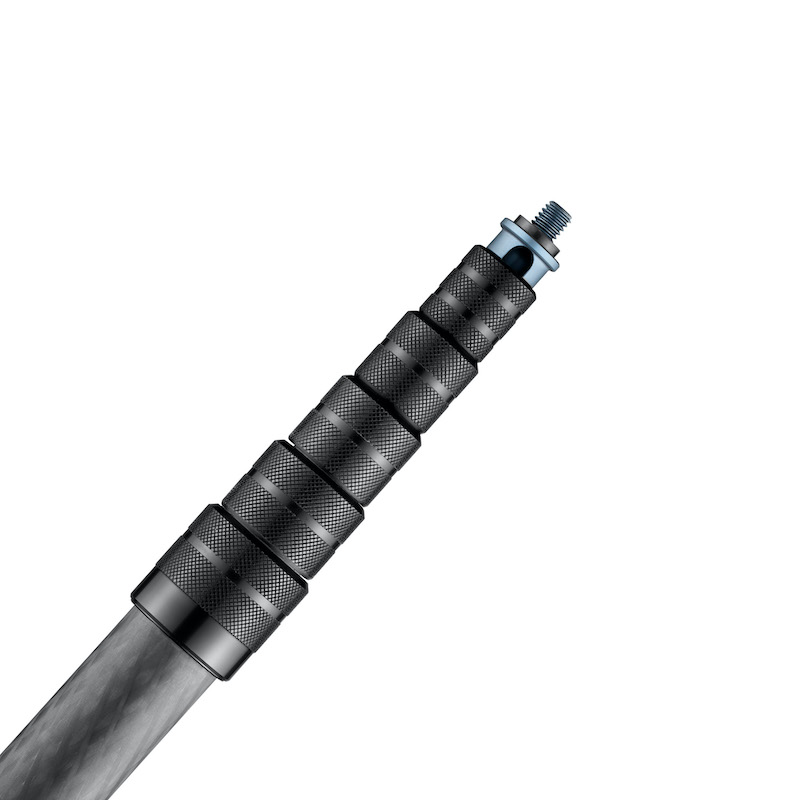 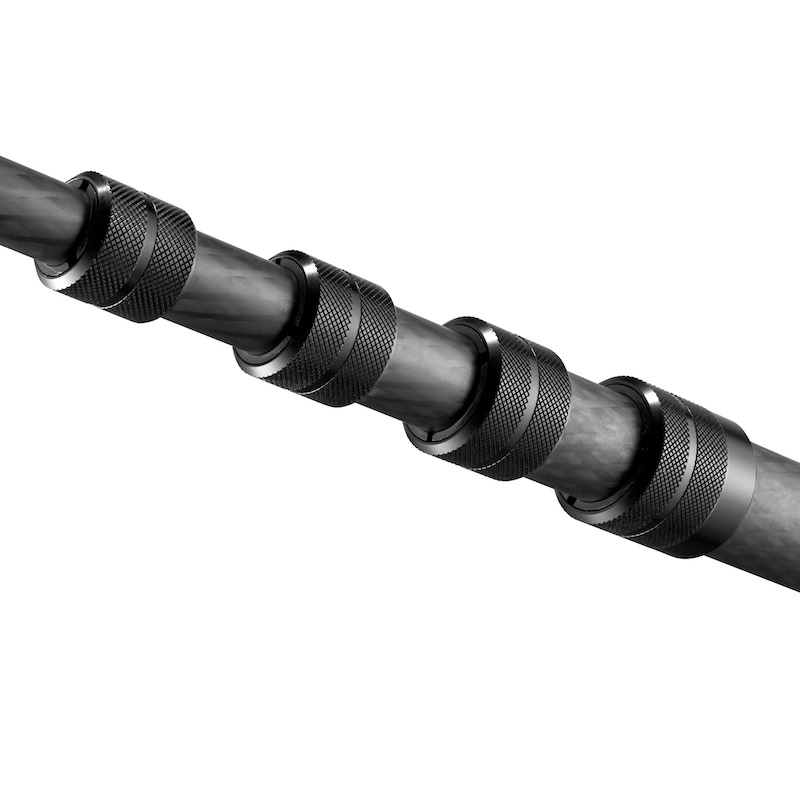 The carbon fibre layup has been designed with maximum stiffness and lightness in mind. There’s many ways of doing this, from the type of weave you select to how the different layers are arranged, and also the pressure under which those layers are bonded, minimising the amount of epoxy, and hence reducing weight. It’s very difficult to do right, especially when it comes to something like a tube. Rycote claims the new pole has absolutely minimal flex, even when the pole is fully extended. The new poles consist of five sections with a maximum payload of 5kg/11.02lbs

The 3/8” threaded tip can be removed as well to make internal cabling setup and adjustments easy.

In addition to the new boom poles the company has also announced an extension to its PCS connection system with the announcement of new quick release products, and new stands and grip based products based on the system. 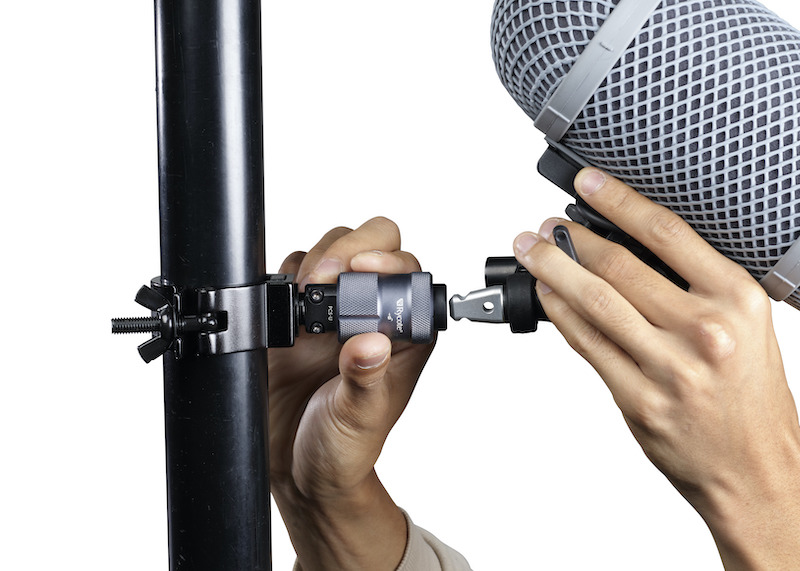 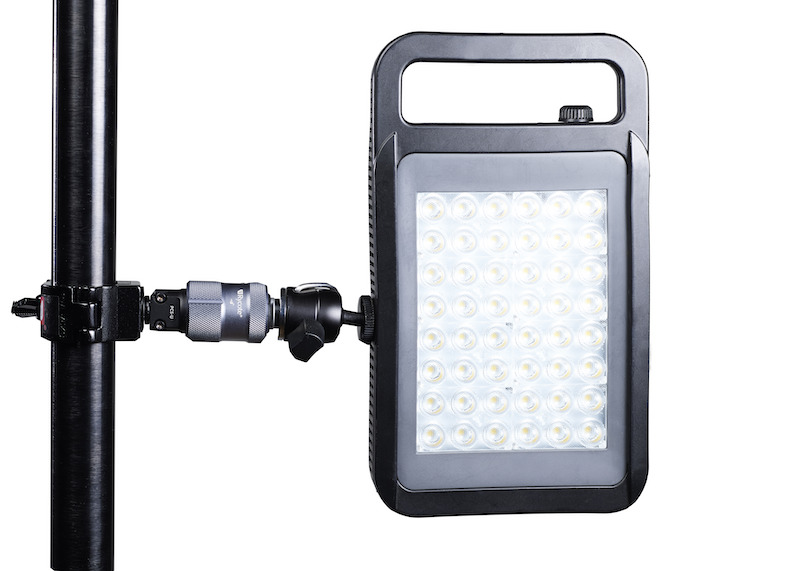 The philosophy behind the new system is to make things as fast to work with as possible for soundies, as well as making the mounting and positioning of microphones much more adaptable and versatile.

Rycote has understood that for a sound op to have to unscrew and rescrew things in place takes up time that can often not be afforded. The new products aim to vastly simply the workflow. 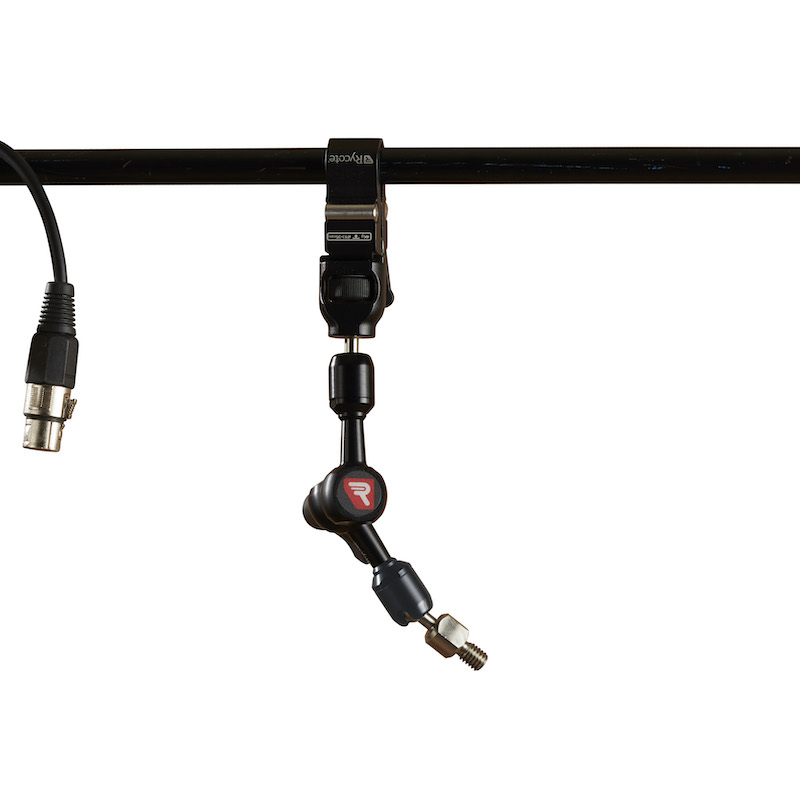 There’s far too many of the new products to mention individually in the space of this article, but highlights include new Artic arms, super clamps, boom connectors, and heads that allow quick swapping of mics between boom poles and mic stands amongst other things.

Learn more about the new PCS quick release system and boom poles over on the Rycote website.