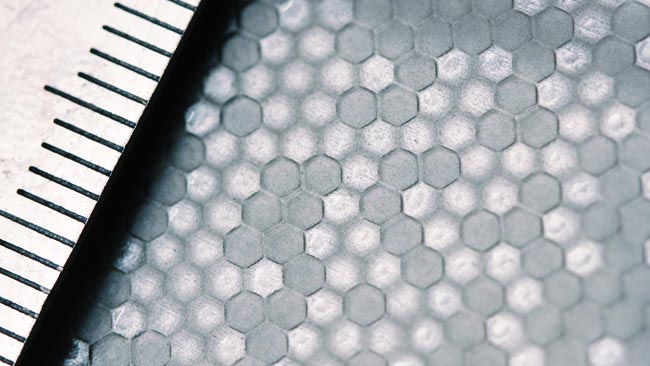 We all want more light for less power. So far, most of the industry has concentrated on making more efficient lightbulbs, and that's been great, but sometimes we've overlooked some of the other ways we can get more photons from light to subject.

One way we could improve things is to avoid conventional diffusion. Putting diffusion on a fresnel results in a lot of light loss. We're not talking, here, about the fact that making a beam of light wider also necessarily makes it dimmer. That's inevitable. But a lot of the things we do with light in cinematography are very, very lossy. Diffusion filters, whether that's a gel or a ten-foot-square bit of white fabric, bounce back a significant proportion of the light they’re intended to transmit. Frost filters, which are probably a little closer in effect to the Rosco Opti-Sculpt range we're looking at here, are often more efficient, but they still scatter quite a lot of light in places we'd rather it didn't go. 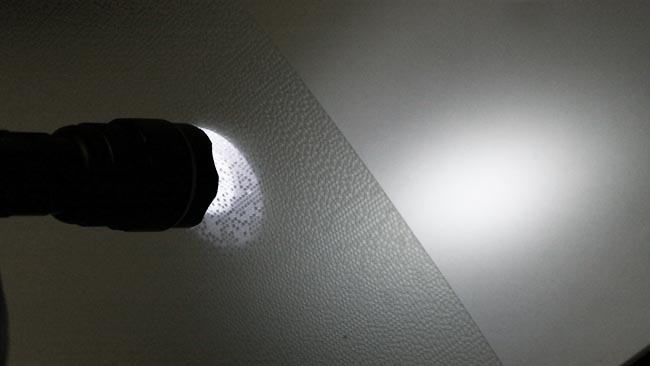 Rosco’s new design is intended to improve things. It takes a few different forms depending on what it’s intended to do. The Opti-Sculpt range includes what we might call symmetrical effects, broadening a circular beam of light into a wider circular beam of light, as well as asymmetric options which turn a circular spot into an ellipse. There are a dozen varieties, including symmetrical options at ten-degree intervals up to 40 degrees, and elliptical options with asymmetry up to 10 by 40 degrees. In practice, they have the desirable characteristic of nicely cleaning up beam edges, too, into an attractive soft-edged (really Gaussian-looking) patch of light.

The asymmetric diffusions have a striated appearance. Again, this is very much magnified, and there are several striations per millimetre.

All of them rely on patterns finely embossed into the surface of a filter sheet, so it isn’t really diffusion, specifically; it could reasonably be called lenticular. Frost filters sometimes work in something like the same way, but the pattern has always been effectively random, not controlled as it is with Rosco’s new idea. The substrate is rather thicker than average, presumably so there’s enough depth to support the pattern, and the filters come in sheets either 24 by 20 inches, or 24 by 40. It’s not clear whether the stuff is made in a continuous process and cut to that size or whether the size is an indication of some limitation in the manufacturing process; it’s possible to imagine a use for it in larger frames, especially on more powerful lights.

The company suggests that it can be used on tungsten or cooler technologies, but that sort of thing always has a limit at some point – even LEDs, in 2020, are becoming sufficiently powerful to represent a thermal hazard to both people and filters. Opti-sculpt isn’t designed to absorb light, which helps, so it should be reasonably robust. Whether the efficiency gains of Rosco’s new invention are enough to offset the cost is another matter; online prices push $50 for a single 24x20” sheet, which seems slightly ambitious for something that’ll likely be seen as an improved type of frost filter. As ever, it’ll likely depend what you’re doing with it. On a gigantic studio interior lighting setup that’ll be running from studio power for months on end, we care about efficiency. In other circumstances, sometimes, less so, but it’s hard to argue against the technical advantages here.

This is a closeup of the combined 40 or 60 degree filter, depending which way around it goes. There are many cells per millimetre.

Rosco as a company seems to have realised that the market for colour filters is likely to contract somewhat in the long-term as LED colour mixing becomes more normal, hence its involvement with DMG; it’s a remarkably forward-thinking move. Shaping and controlling light, though, remains completely relevant.