Review: On set with the SmallHD OLED 22" 4K Reference Monitor 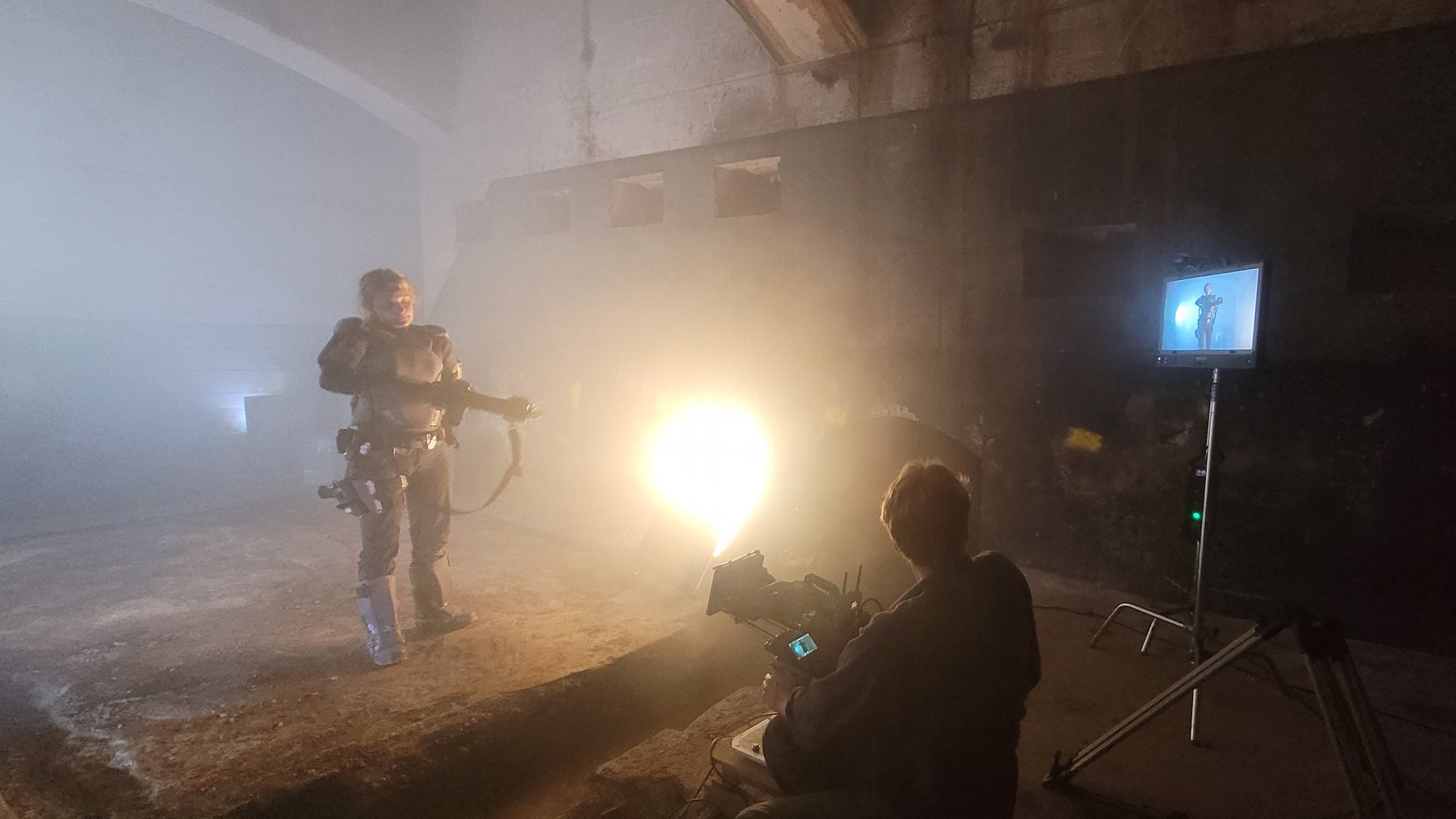 SmallHD’s 22in OLED Reference Monitor has identified what Phil Rhodes reckon is a ten thousand dollar gap in the market.

Everyone loves an OLED, and as such it isn’t hard to find a gap in the market. Consumer UHD OLEDs are easy to find at large-TV sizes, and while some of them look great in the lounge and even occasional grading suites, lugging them onset is only practical on productions with a lot of spare people. HD options in the 17-inch range have become common, but lack the pixel count – and arguably the sheer screen size – to meaningfully monitor high-res images. Then there are precision reference displays options that need to be accompanied by armed close protection whenever they leave the grading suite.

So, given its size, price and resolution, SmallHD’s new 22-inch UHD OLED might drop quite neatly into a gap in the market. We took the display out on a shoot alongside Blackmagic’s new 6K Ursa Broadcast G2 outfitted with a Teradek Bolt 4K 1500 and, perhaps most significantly, the superlative Fujinon Cabrio XK6x20 zoom. The result was many an Ursa owner’s ideal package, capable of filling the 22-inch panel with at least as many pixels as it could handle and prompting passers-by to squint in appreciation at the fact that yes, modern zooms can do that. 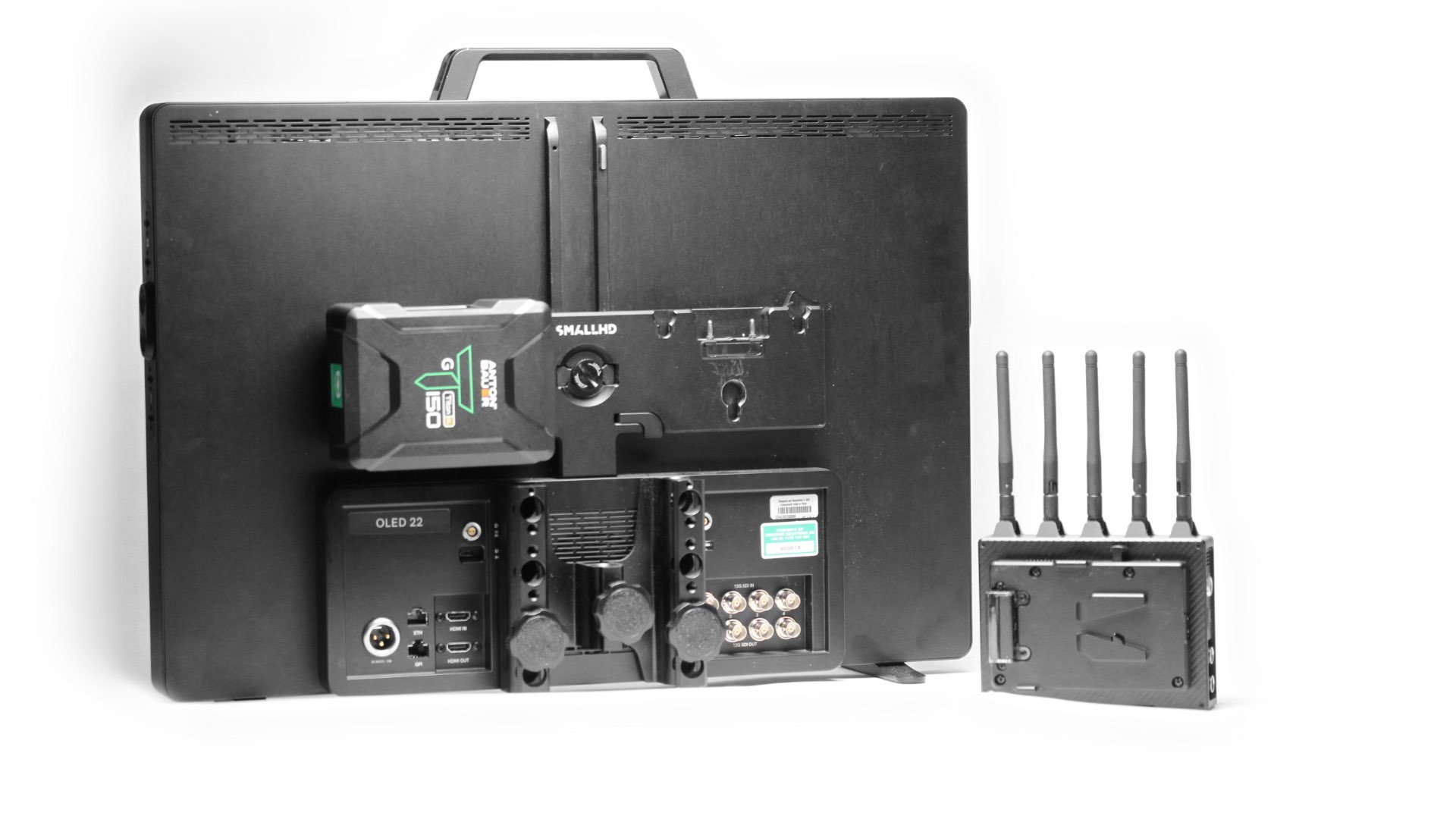 Despite its 22-inch diagonal, the display isn’t big or, at around four kilos, heavy. It’s very slim in profile, as befits a display not requiring a diffused backlight. The dual battery mount slides on with minimal awkwardness and facilitates hot-swapping, and there are plenty of power outputs, recognising that on-set monitors are inevitably something of a hub. Thus it was easy to get around the non-ideal battery mount situation (solving problems being as important as avoiding them) and it would be as easy to power audio receivers, headphone amps, and charge your cellphones. There are four 12G SDI inputs and one HDMI 2.0, which will support 4K at 60 frames per second.

Power consumption is specified at 60 watts excluding accessories, although that seems a worst-case scenario; three 150-watt-hour batteries got us through a 10-hour shooting day without problems. The display certainly sips much more frugally at power than some of the commonest OLED options, which list at 75 watts even for smaller displays. The display runs broadly the same software as SmallHD’s other options and is therefore super-comprehensive, offering multiple configurable pages each including a user-definable set of tools. 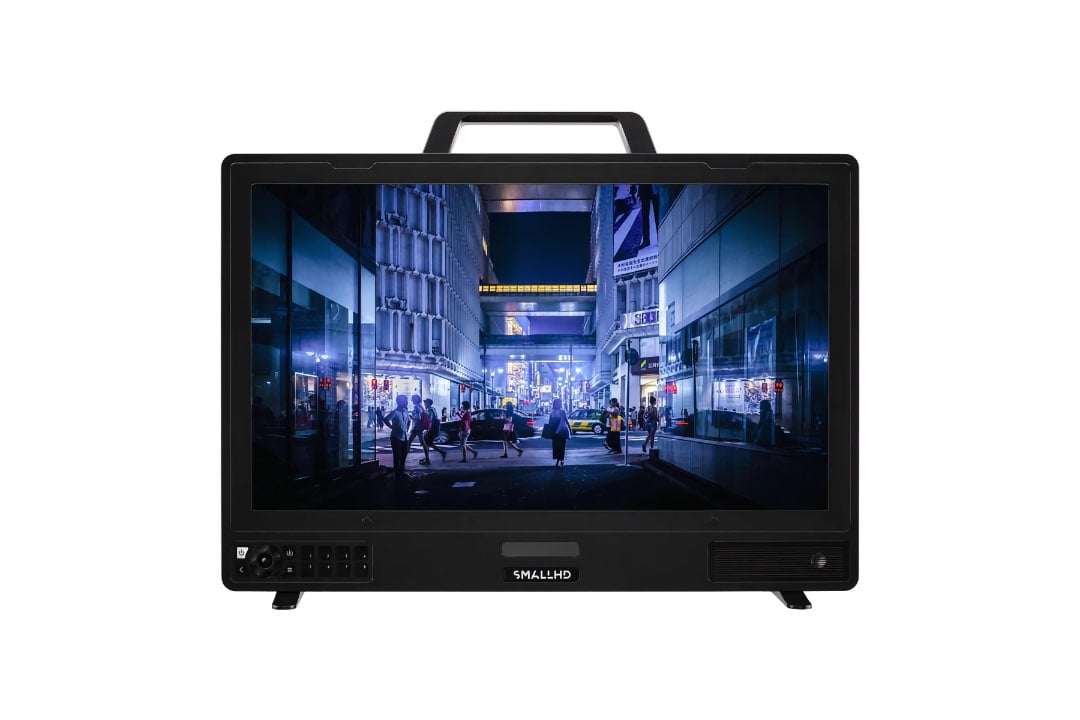 It’s been twenty years since we began moving away from a world in which everything was Rec. 709, and the industry, in general, has long struggled with the balance between complexity and comprehensiveness in this area. SmallHD’s approach calls input settings a “color pipe,” which smacks of the terminology the firmware engineers would use as opposed to the way camera crews talk about things, but the concept is easy enough: if we’re intending to send the monitor an image intended for Rec. 709 displays, set “color pipe” to Rec. 709. A variety of manufacturer-specific colour and brightness standards are supported out of the box, and there are naturally features to upload LUTs from flash cards.

That’s also the part of the menu where we address calibration, as befits something that’s widely described as a reference display. OLED technology can struggle for sheer output, and at 350 nits, the display isn’t bright enough for HDR mastering (or really for using outdoors in full sun). It does have the potential to be a really good standard dynamic range display. Specifications usually demand a (shockingly dingy) 100-plus nits while real-world displays are almost invariably several times brighter. The SmallHD 22 will happily keep up and might make a very reliable grading display so long as we aren’t demanding a Dolby Vision finishing environment.

At the same time, strictly speaking, as an OLED it does have enormous dynamic range, creating a lot of confidence when viewing critical things like noise levels in the tricky environment of a working set. There’s a level at which accuracy – though there’s accuracy if we want it - is less important than a hard-to-define characteristic we could hazily refer to as viewability. OLEDs have lots of viewability, probably because of that gateway-to-the-infinite black level and lag-free snappiness which makes fizzy shadows and focus buzzes easy to spot and even gross exposure errors a bit more reliably visible, even from extreme angles. 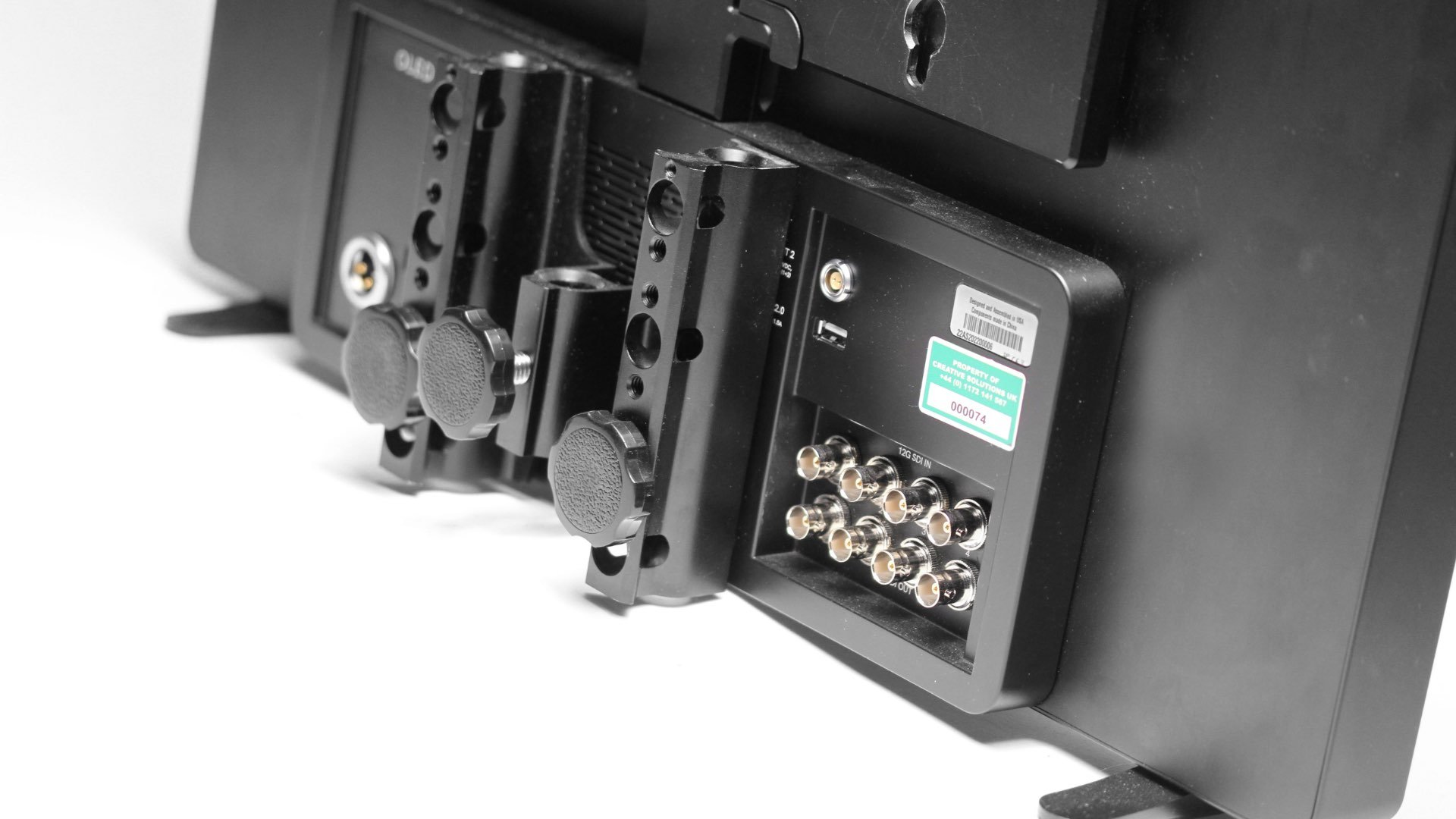 Input-output connectors. The vesa mounting bracket compatible with C-stands is an accessory

Yes, there’s an argument that the blacks are so dense that they don’t actually represent any normal viewing environment, but it does make certain things much more visible. So yes, everyone loves an OLED, and whether everyone will love SmallHD’s new 22” option is not so much a matter of whether it’s nice. It’s very nice. It’s extremely lovely.

Really small UHD displays are often effectively single-viewer given how close it’s necessary to get for the resolution to be meaningful, and 22” feels like about the minimum size to avoid that. The software is very good (SmallHD’s always has been) and the power distribution options, smattering of mounting holes and other accessories speak of a lot of experience building displays that will live on camera trucks. On an enclosed location, away from bright sun, it was certainly an agreeable way to reconfirm the idea that zooms such as the superb Fujinon 6x20 need not play second fiddle to primes in single-camera applications. Focus-wise, a minimum stop of t/3.5 might not sound like a lot in a world of sub-2 primes, but at 120mm it’s enough to make all of the SmallHD’s pixels useful.

Given all that, the SmallHD 22” OLED’s success will be controlled by the perception of value. Listing at US $10,000, which turns into about £7700 in the UK (not including VAT), this is either a fairly inexpensive reference display, or a fairly expensive on-set monitor that relies on its still-unusual OLED panel to justify the price tag. It’d be nice to think we lived in a world in which there was a niche for just such a display to give us much better monitoring than we’ve been used to. If any display could make that true, it’s probably this one.