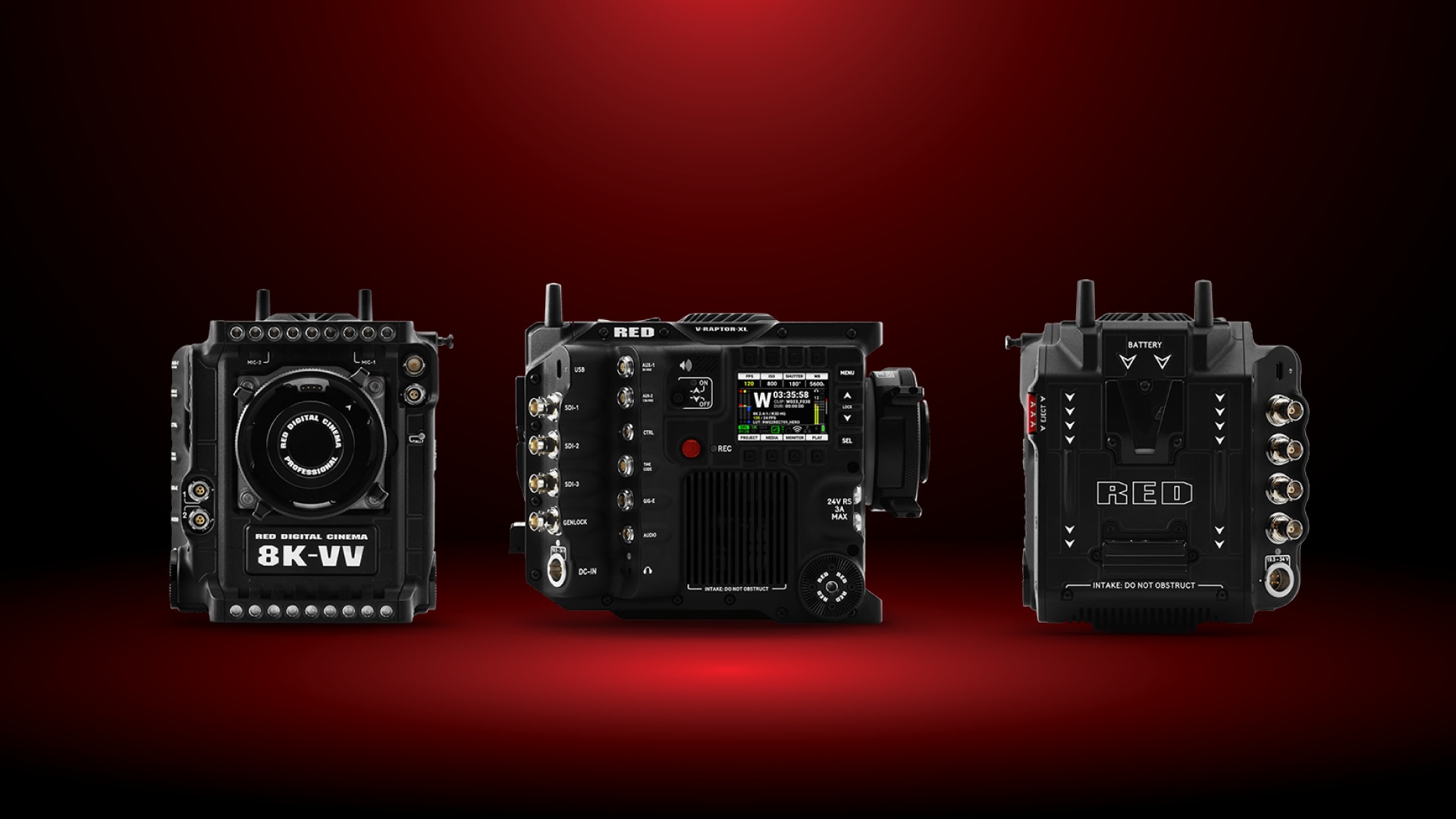 The RED V-RAPTOR XL 8K VV has been teased for some time now, even appearing on a stand at the BSC Expo in April, but now it’s yours to buy if you have the budget.

So, confirming long-standing rumour and numerous sightings, we have a new RED officially launched; the V-RAPTOR XL 8K VV which is currently coming in at £33,975 ex VAT (£40,770 with it). It’s another all-in-one unit along the lines of the RANGER series, essentially adding auxiliary power and mounting options to the V-RAPTOR camera brain. It also features more built-in accessories than we’re used to seeing from RED, namely internal ND filters, a dedicated lens mount system, wireless genlock and timecode, and added video outputs for even more monitoring and recording options.

However, the XL expands its feature set by adding an interchangeable PL mount with an optional EF mount, widening cinema lens options. The internal electronic ND filter ranges from 2 to 7 stops, selectable at 1/3-, 1/2-, or 1-stop intervals. It comes as default with a PL lens mount, and it includes a PL mount shim pack, an AC power adapter, and an XLR power cable.

Alongside Gold or V-mount battery input options, other power output options include regulated 12V and 24V outputs, two 3A combined D-TAP outputs, three 2-pin outputs of multiple voltages on the rear, and one 3-pin 3A Fischer output on the front of the camera. Meanwhile, updated video outputs include the DSMC3 Touch 7" LCD monitor connector, three 12G-SDI with 6G/3G/1.5G-SDI modes, and one 3G/1.5G-SDI output. Also the 12G/6G-SDI ports can send up to DCI 4K60 resolution to high-end monitors.

In addition to its physical genlock, timecode, and control ports, it can also utilize wireless genlock and timecode to save on the cable spaghetti front. Other features include 5-pin audio input ports, built-in dual microphones, 3D LUT import, and wired control via USB Type-C.

As part of the whole drive to get people up and running as soon as possible, two production packs are available. The packs include either the V-mount or Gold mount brain, the DSMC3 RED Touch 7" LCD monitor, four REDVOLT batteries, two PRO CFexpress 2TB cards, a CFexpress card reader, an XL Top Handle with extensions, an XL riser plate, top and bottom 15mm LWS support brackets, a 5-pin to dual XLR adapter, an 18" RMI cable, and a RED Touch LCD hood.

As mentioned there are host of new accessories available too, including a new 156Wh REDVOLT V-mount and Gold mount 12/24V batteries for high-voltage operation and long shoot durations.