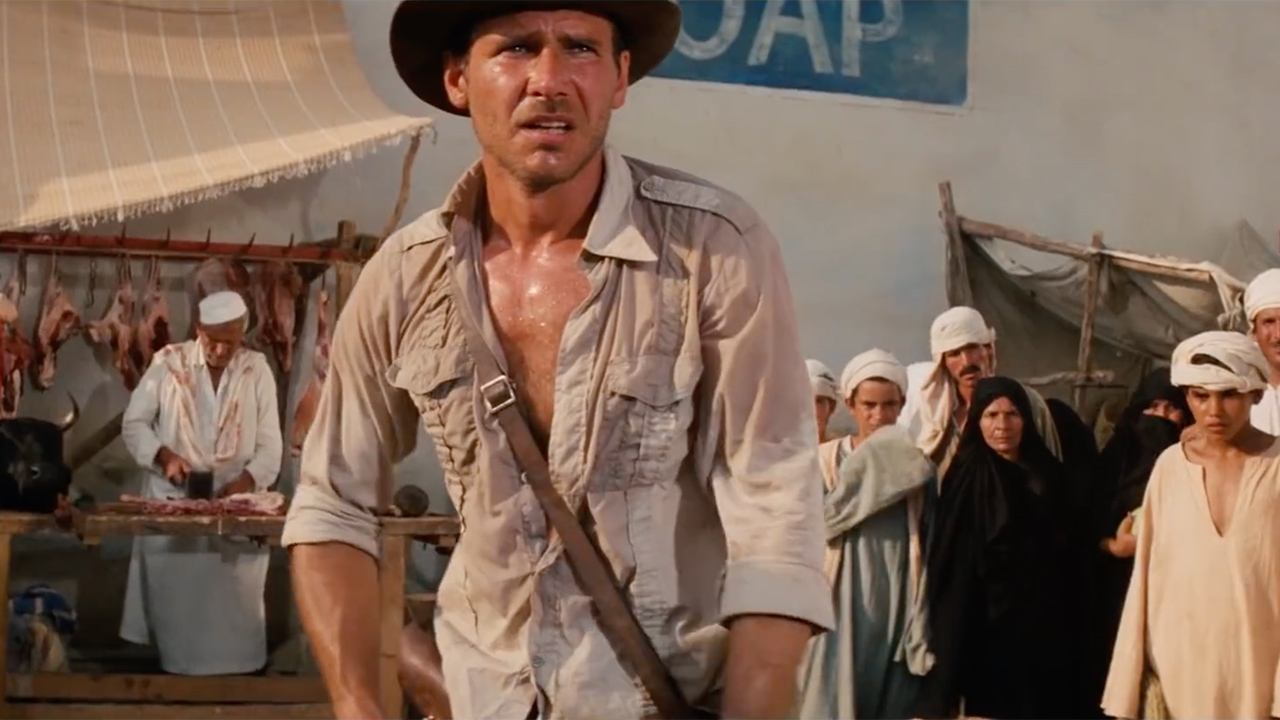 It's a, well, blockbuster year for anniversaries in 2021, with a whole raft of classics celebrating their birthdays. This time it's the turn of Steve Speilberg's seminal adventure yarn, Raiders of the Lost Ark, which turns 40 this year.

Raiders of the Lost Ark, the first instalment in the blockbusting Indiana Jones franchise, burst onto our screens a scarcely-believable 40 years ago. But of course, it’s not the years, it’s the mileage…

The origin story of this legendary character is itself the stuff of Hollywood legend. Fleeing LA to escape the dreaded box office results of Star Wars (spoiler: he needn’t have worried), George Lucas and his friend Steven Spielberg were building a sandcastle on a Hawaiian beach when Lucas first floated the idea.

Like Star Wars, the tale of adventuring archaeologist Indiana Smith was inspired by adventure serials of the 1950s. Although Spielberg liked the first name (which came from Lucas’s dog, a reference that the third film would twist back on itself), he wasn’t so keen on Smith, and so Indiana Jones was born.

Rather than auditions, actors under consideration were invited to join Spielberg in baking bread. Tom Selleck was famously the first choice for the lead, but his contract with the TV series Magnum, P.I. precluded his involvement, and Spielberg instead suggested to a reluctant Lucas that they cast his regular collaborator Harrison Ford. 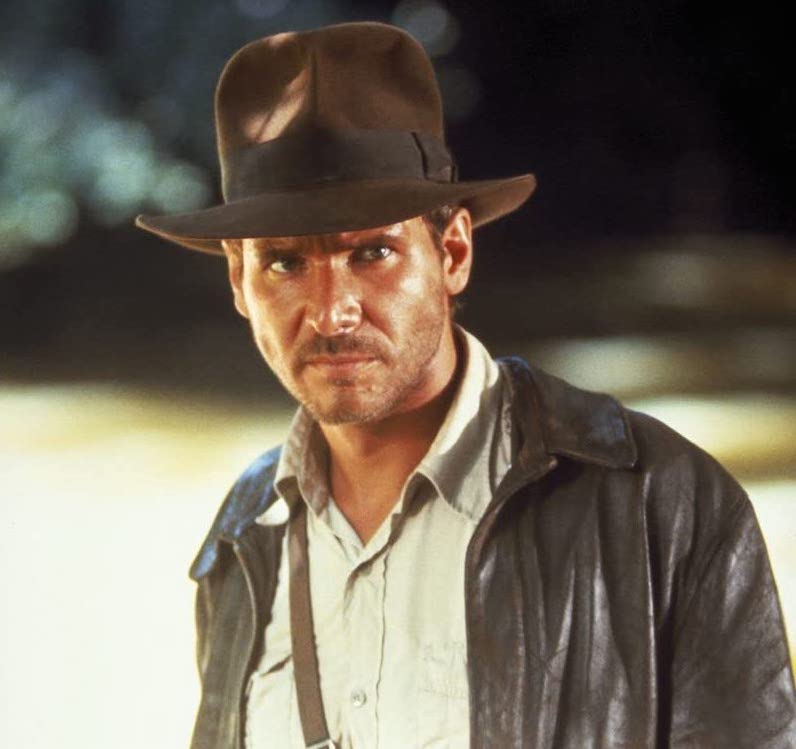 The filming of Raiders

Raiders was shot at a breakneck pace, with Spielberg determined to reverse his reputation for going over schedule and over budget. Beginning in summer 1980, the animated red line of the film crew travelled across a map of the world from La Rochelle, France to England’s Elstree Studios (where Lucas had shot Star Wars) to Tunisia (ditto) to Hawaii, where it had all begun.

Location challenges included the removal of 350 TV aerials in the Tunisian town of Kairouan, so that views from Sallah’s balcony would look period-accurate, this being before the days of digital tinkering.

Digital tinkering was applied to the DVD release many years later, however, to remove a tell-tale reflection in a glass screen protecting Harrison Ford from a real cobra. Besides this featured reptile – which proved the value of the screen by spitting venom all over it – the production team initially sourced 2,000 snakes for the scene in which Indy and friends locate the Ark of the Covenant. But Spielberg found that “they hardly covered the set, so I couldn’t get wide shots.” 7,000 more snakes were shipped in to complete the sequence.

While the classic truck chase was largely captured by second unit director Michael Moore working to pre-agreed storyboards, Spielberg liked to improvise in the first unit. The fight on the Flying Wing, during which Ford tore a ligament after the plane’s wheel rolled over his leg, was made up as the filmmakers went along. When Indy uses the plane to gun down a troop of bad guys, the director requested a last-minute change from graphic blood sprays to more of a dusty look. Mechanical effects supervisor Kit West resorted to putting cayenne pepper in the squibs, which had the entire crew in sneezing fits.

“I would hear complaints,” said Kathleen Kennedy, who worked her way up the producer ranks during the trilogy, beginning as “associate to Mr. Spielberg”. “‘Well, Steven’s not shooting the sketches.’ But once you get into a scene and it’s suddenly right there in front of you, I only think that it can be better if changes are made then.”

The marketplace fight, culminating in the famous 'sword vs gun' ending.

Spielberg’s most famous improvisation, when a four-day sword-fight was thrown out and replaced with Indy simply shooting the swordsman dead, was prompted by the uncomfortable Tunisian heat and the waves of sickness that were sapping morale. “We couldn’t understand why the crew was getting ill, because we were all drinking bottled Evian water,” recalled Ford’s stunt double Vic Armstrong. “Until one day somebody followed the guy that collected the empties and saw him filling these Evian bottles straight out of the water truck.”

Production wrapped in early October, and effects house ILM, sound designer Ben Burtt and composer John Williams worked their world-class magic on the film. For the opening of the Ark, ILM shot ghost puppets underwater, while the demise of the Nazi Toht was accomplished with a likeness of actor Ronald Lacey sculpted out of dental alginate, which melted gorily when heated.

Amongst the sounds Burtt recorded were a free-wheeling Honda station wagon (the giant boulder), hands squelching in a cheese casserole (slithering snakes) and the cistern cover of his own toilet (the lid of the Ark). Williams initially composed two potential themes, both of which Spielberg loved, so one became the main theme and the other the bridge.

A box office hit, Raiders spawned two excellent sequels (and a third of which we shall not speak) plus a spin-off TV series, The Young Indiana Jones Chronicles, and even a shot-for-shot amateur remake filmed by a group of Mississippi teenagers over many years. It also won five Oscars in technical categories, and firmly established Steven Spielberg as the biggest filmmaker in Hollywood.

These cameras were a glimpse of the future. What on earth happened to them?