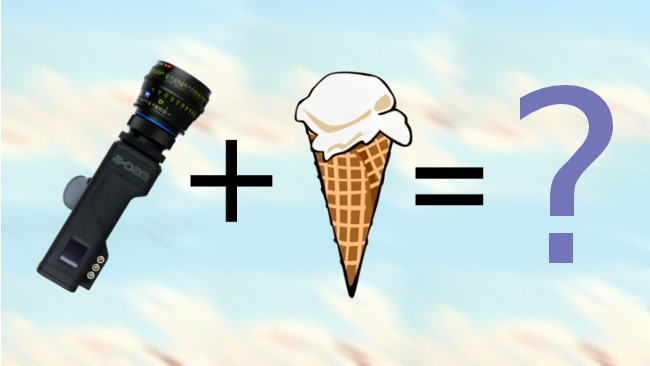 Well here’s another article from the world of troubled camera systems. Ikonoskop made a great little camera, the A-Cam .dll, that could have rivalled the Alexa for 1080p work but was set back by the Cinema DNG workflow and the failure of Ikonoskop to get the message out there about their amazing little camera. Ironically the Cinema DNG workflow now has far better support than it used to because of the popularity of the Blackmagic cinema camera which uses the same format for its raw files. The word also seems to be getting out about the camera, with the Cinema 5D website now featuring a world premiere of new footage from the A-Cam .dll, although sadly it may be a little late in the day for Ikonoskop who have presently halted production of the cameras due to their being in financial difficulty.

Small, with a distinctive appearance

The camera is quite a small, odd looking thing but despite the very distinctive appearance it seems like the small size makes it less noticeable. The filmmakers seem to have just wandered into Coney Island capturing images amongst crowds of people, and in a way that's reminiscent of what we have seen before with the blackmagic pocket cinema camera, they don’t seem to be drawing too much attention with the camera. I think the A-Cam .dll looks like a cross between a toblerone and a 70‘s martian sci-fi prop but I guess it either has an invisibility layer or people don’t see it because of the small size.

A mix of old and new

It would appear to be a camera that produces footage with its own certain style. Filmmaker Jonathan Yi described the output of the camera as having the feeling of “a mix of old and new”, so with that in mind he set about creating a whimsical nostalgia trip video, set in Coney Island, sound-tracked by the music of Alex Chilton and with a vintage mark I Zeiss Superspeed lens adding to the effect too! It has a feel of cinema long gone but also something very modern to boot! An ND filter was used for most of the footage to get the lens down to T1.3 for shallow depth of field and a softer look.

Video after the pagebreak

To my eyes the footage has a real presence to it, as well as also feeling like a very old disney film from the 70‘s or something. It’s a strange and exciting mixture: the shock of the new, which is a feeling you don’t get often in digital video these days.

The sensor on the A-Cam is CCD based like the Penelope Delta and I tend to find I prefer the vibrant CCD colours to those from CMOS sensors but it depends on what you like and what you think might be most suitable for the project you are working on too I guess!

Can they make a comeback?

I hope that Ikonoskop can make a come back like Aaton seem to be doing, as it seems like the camera makes for something like a micro Alexa, and could be very practical. In the mean time, it would seem there are still a few rental houses out there that have the camera available, so check it out if you get the chance!

Read more about the video at the planet5D site here.