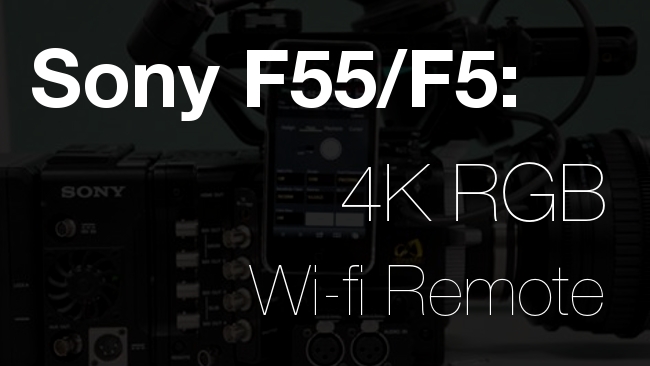 Sony outdoes itself with a major firmware update for the F55 and F5 cameras, enabling true 4K RGB recording, among other goodies.

Sony’s launch of the F55 and F5 cameras last fall made waves throughout the industry, signaling the tech giant’s commitment to the 4K pipeline. As RED preceded Sony with its line of 4K-and-over cameras, it’s maybe unfair to say that Sony started the race to 4K. But Sony effort was a bang from the starter’s pistol, marking the moment that many producers and production houses jumped on the 4K bandwagon.

Now, owners and users of Sony’s popular F55 and F5 cameras truly have reason to rejoice. Courtesy of a significant firmware update, both cameras enjoy new features, one of which may become the Industry-wide de facto standard for 4K recording. Updated F55s and F5s now have the ability to record 4K in SR-SQ mode, the naming convention a nod to the HDCAM SR, SQ a generation before. In this mode, the data stream expands to 440/Mbs (as opposed to 330/MBs XVAC), capturing true 444 RGB images onto SxS Pro+ cards.

For more details and to download the firmware update, visit Sony’s community page.