The avalanche of Blackmagic Pocket Cinema Camera accessories has started 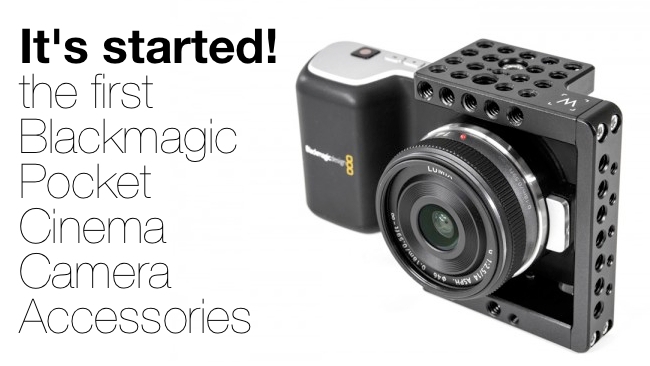 Blackmagic's pocket cinema camera surprised everyone when it was announced, first by its mere and unexpected appearance, and second, by it's strikingly low price

While it may not exactly be an impulse buy, anyone who's in the market for a moving image camera that captures raw footage will at least want to try one

And as ever with non-standard form-factor video cameras, there will be a significant market for third party accessories. We know this from past experience, and because Blackmagic Pocket Cinema Camera accessories are starting to appear.

And they do look rather good.

Here's a short video from Wooden Cameras about their fixed camera kit which includes a versatile-looking cage for the tiny camera. The BMPCC Cage is $99.

Thanks to Newsshooter  for bringing this to our attention