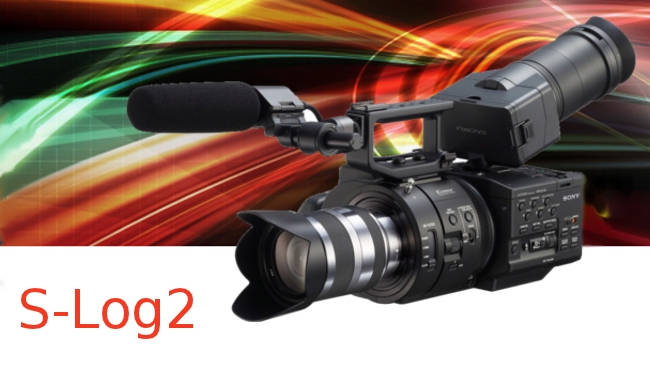 Sony have announced a new version 3.0 firmware update to give the FS700 S-Log2!

S-Log is basically a camera mode that preserves a lot more dynamic range in the images to allow better results when you are colour grading your footage in post. It’s not as good for this as actual raw but it also doesn’t have the same overheads as a raw workflow either. S-Log2 first surfaced on the high end F65 and is an improved version of the original S-Log that was so popular on the Sony F3.

S-Log2 is quite an exciting and somewhat unexpected new feature for the FS700 that takes it a little bit closer to its F5 and F55 siblings. It strikes me as a great option if you aren’t worried about 4K but are maybe thinking of pushing things further in 1080p. Perhaps shooting a movie with an Atomos Samurai or something similar. It should also be very useful if shooting to 4K DPX files with the Odyssey 7Q (The Odyssey can't record 4K in raw with the FS700).

The upgrade costs 500 euros and requires sending the camera back to base. The 500 euro cost also includes collection, basic sensor surface cleaning and having the camera returned back to you.

The firmware upgrade is also required if you want to use the new compatible 4k recorders.

For this reason Sony are making the upgrade available free to people who purchase the HXR-IFR5 from an authorised Sony Professional Solution Specialist dealer before 31st December 2013.

For those who can’t quite keep track of all the strange serial numbers the HXR-IFR5 is an interface box for the FS700 that allows it to work with the AXS-R5 recorder (the 4K recorder used with the Sony F5/F55 cameras).

Of course if you want to go with the Odyssey 7Q recorder instead or just want to record S-Log2 in 1080p to an external recorder then you don’t need the HXR-IFR5, just the version 3.0 upgrade.

So lots of new options for the FS700 which continues to earn it's place as the little camera that could.