Can film in the UK make a comeback? A “new” film lab for the UK 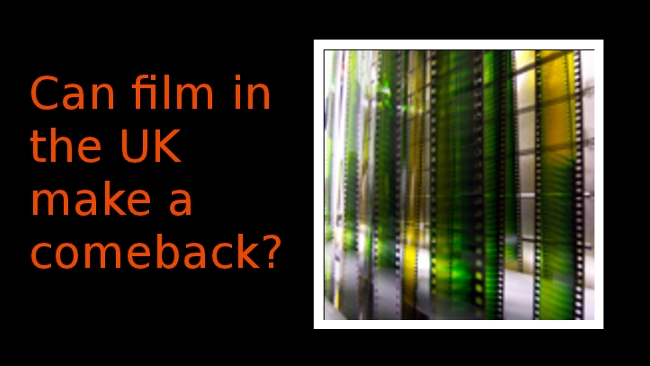 Can film in the UK make a comeback? Cinelabs International certainly seem to think so, as they have just acquired Bucks Media Services which is one of the few small film labs left in the UK

Cinelab have 2 other major labs in Europe Cinelab Romania and Cinelab Greece. The thinking behind the move is to offer a European wide film laboratory service via a group of labs in key locations.

Fans of real movie film have obviously been having a hard time in the UK of late with the BBC banning 16mm acquisition outside of Standard Definition projects and the big mega-labs such as Deluxe and Technicolor slowly withdrawing from film processing altogether.

Sadly in the UK there is little left in the way of smaller labs to pick up the slack, often because the smaller labs had been bought up in the past by larger companies with little interest in the film processing side of their business. Film lab North for example was lost when Michael Grade made the decision to shut down the ITV operations in Leeds. That decision has since been, at least partly, reversed but when a film lab is shut down, it isn’t an easy matter to just start up a new one.  Having said that, one lab that did rise from the ashes of an older London film lab is i-dailies who are the other small independent lab still left in the UK.

The general perception of the big mega-labs seems to be that film has maybe another 3 years left at most and they seem to think it isn’t a market worth pursuing but clearly the smaller labs feel differently. Both Cinelab International and i-dallies seem enthusiastic about a positive future for film at least on a smaller scale.

Surely having two film labs in the UK with a positive outlook towards film can only be a good thing for fans of celluloid.