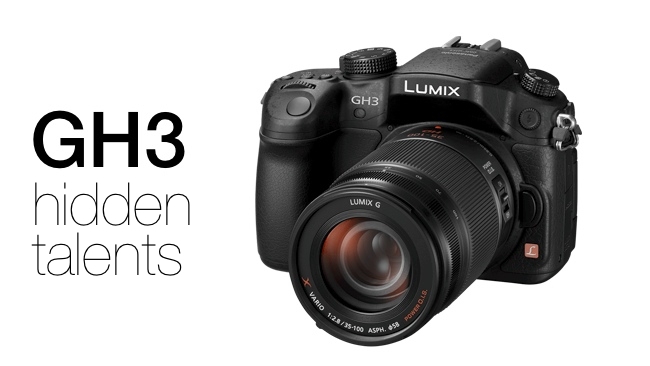 Panasonic's GH2 and GH3 cameras have some amazing hidden talents. The best known is superb video quality, but another one is the ability to use different types of lenses, to an almost comical degree!

One of the things that's most interesting about Panasonic's GH series of stills cameras is their usability with lenses intended for 2/3” television cameras. This is an attractive idea to those of us who'd like to get access to the low cost of DSLR moviemaking, but would prefer to avoid the shallow depth of field and questionable handheld ergonomics of large-sensor cameras when shooting documentaries. Of course, there are considerations of sensor size and mechanical mounting to worry about, but that's one of the things the GH line solves for us.

The micro four-thirds lens mount has a very shallow back focus distance, meaning there's plenty of room to insert an adaptor from Panasonic's mirrorless mount to a B4 broadcast lens, in a way that isn't possible with the EF mount used on Canon's phenomenally popular DSLRs. That's not the only requirement, though - ordinarily, a two thirds inch lens simply wouldn't project an image big enough to cover a four thirds inch sensor, but for two factors. First, some 2/3” lenses have a doubler, which expands the available range of focal lengths. Some of them don't mask off the larger image when the doubler's in, and since twice two-thirds is four thirds, there's enough picture to fill a GH2's sensor.

The second factor is that the "GH" stills cameras – but strangely not the AF100 that's derived from the same technology – have a 2:1 digital zoom feature that takes the video output from the central area of the sensor. Being a 2:1 zoom on a 4/3” sensor, the resulting active are is the same size as a 2/3” video camera, allowing all of the features of the lens to be used. This doesn't absolutely always work, and occasionally these configurations suffer softness in the corners and a bit of chromatic aberration, but it's an attractive idea for documentarians who are willing to pay for an HD broadcast lens on the basis that it's got a huge zoom range and opens all the way up to f/1.3. 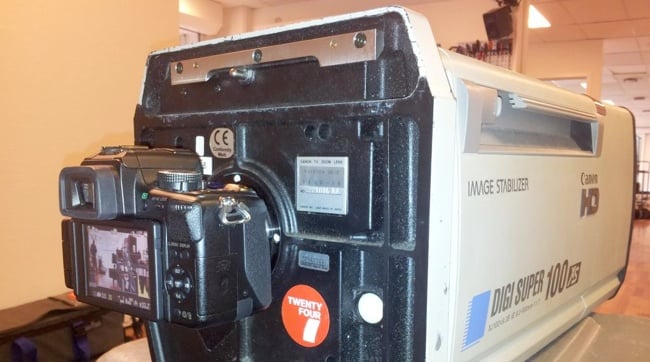 This allows us to configure certain DSLRs for news and documentary work, but it does also allow us to do some really outlandish things, such as mounting a GH2 to a huge Canon studio lens. The big box lenses typically used on pedestal cameras in studios do, at their core, have a standard 2/3” lens mount, and while a lot of the features will require external electronic services (look for the blue centronics connector on the back of the lens) it should work. OK, so, as we discover, it doesn't work terribly well, suffering from a few of those aberration problems, and there's the small matter of the six-figure price tag on a lens like that.

For our next trick, we couple a 5D up to the Hubble Space Telescope.

Here's some amazing footage shot with a GH3